Nokia has just announced the availability of its latest dual-SIM handset, the Nokia 206.

The Nokia 206 is a bar-shaped dual-SIM dual-standby handset that sports a 2.4-inch (240 x 320) display, a 1.3 megapixel camera, Stereo FM radio with RDS, FM recording, microSD card support, and a 1,100mAh battery that Nokia claims to have a standby time of up to 28 days. 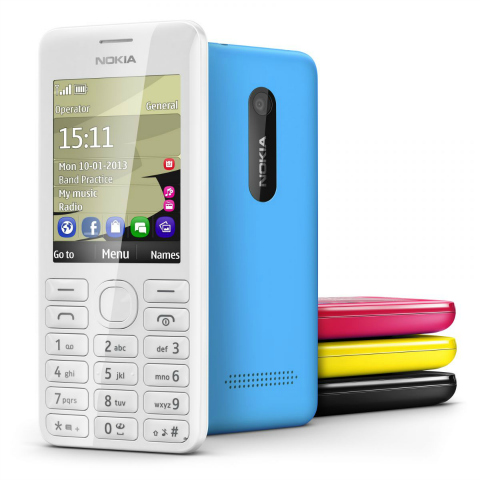 The 206 also uses a feature called ‘Slam’ which allows users to share multimedia content such as photos and videos with other users instantaneously via Bluetooth without having to pair devices and the recipient to have Slam installed. Other features include Nokia’s Easy Swap technology that enables consumers to change SIM cards without having to turn off the device and the capability to remember the settings of up to five SIM cards.

The Nokia 206 has an SRP of Php2,850 and is available in cyan, magenta, yellow, black, and white colors and can be bought in authorized dealers and Nokia stores nationwide.

got a cyan colored unit. am so happy with it. i missed the wide tactile Nokia keypad and the 206 brought it back! so easy to use (much better than the 202 keypad which is just a flat plastic with breaks). screen is clearer also and very comfortable to view.

Where can we get this unit? Available na po ba ito nationwide?

this is why nokia is loosing to rebranded low end phones…

what about the OS? still on symbian?