So after a rather short encounter with Nokia’s current local flagship handset, we were still able to manage to get some of the essential things for us to bring you our promised full review of the Lumia 920. Read on after the break.

The Lumia 920 is currently the flagship handset by Nokia in the local market. It has been around for some time and is even offered by Smart free under its postpaid plan.

Albeit the Lumia 920 doesn’t possess the 5-inch 1080p display that we’ve become accustomed to from flagship handsets, it doesn’t make the screen any less competitive. As a matter fact, we think that it’s one of the best smartphone displays we’ve looked in to so far. 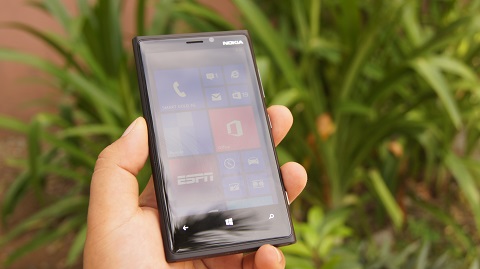 The handset sports the highest screen resolution (720 x 1280) currently supported by Windows Phone platform which is displayed on a 4.5-inch IPS screen. To top it all up, the Lumia 920 is also equipped with Nokia’s home-brewed screen technologies called PureMotion HD+ and ClearBlack display, allowing it to display videos/images with outstanding viewing angle and uncompromised quality.

The engine that takes care of image/video rendering also delivered quite satisfactorily, making playbacks smooth and free of lags. That goes for all of the types of media that we tried to play on it.

The overall feel of the Windows Phone 8 on the Lumia 920 doesn’t differ from any of the previous handsets that we’ve reviewed that runs on the same platform, even if it has twice the RAM than its meeker spec’d siblings. 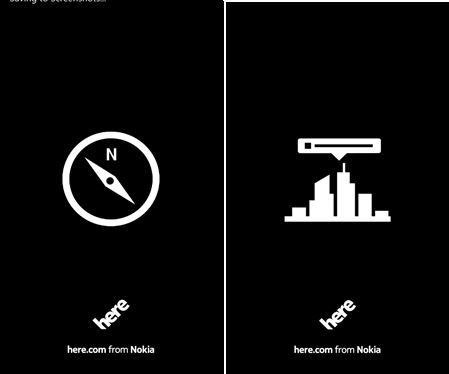 This added RAM, however, comes in handy when it comes to app selection. Unlike with the 720 (which we’ve reviewed just recently), we were able to install almost all the apps available in Microsoft Store thanks to the 920’s 1GB RAM.

Speaking of apps, the Lumia 920 also enjoys the full suite of proprietary Nokia apps such as Drive and Here that are found on its other siblings.

For handling basic tasks, the Lumia 920’s more able engine may seem no different compared to other more modestly configured WP8 handsets. It’s only when the going gets tough that one would truly appreciate the increase in RAM and better processor of this handset. Unfortunately, the screenshot we took of the 920’s benchmark scores somehow got corrupted while transferring it to PC and we weren’t able to replicate it as we have already returned the unit. The results weren’t groundbreaking by any means, but it’s definitely higher than what we’ve seen from the Lumia 720.
In terms of real-life application, the engine was able to deliver a satisfactory performance. We didn’t encounter any major hiccups during our time with this phone. As mentioned earlier, media playbacks were free of noticeable lags and the same goes for gameplay.

More than anything, we think that the feature that has drawn a lot of people to this handset is its 8.7MP PureView camera. Just to set your expectations, it’s still nothing compared to the camera of the PureView 808, but it’s definitely one of the best 8MP shooters in the lot.

We were so impressed with the quality of the image that the Lumia 920 was able to produce that we almost forgot to use the dSLR camera when we were covering the recently concluded Computex 2013.

Don’t get us wrong here, the resulting image is still a mile away from what an able camera can yield, but the clarity and the sharpness of the images from the 920 is more than enough for our coverage. The camera’s exquisite prowess also extends to its video recording capability, as seen in the sample video below, as well as most of the video hands-on that we’ve done during the tech convention in Taiwan.

We were able to get a decent mileage when we were out with the Lumia 920. On light-to moderate usage, it almost lasted the entire day and would’ve probably gone further had we disabled the data connection.

Here’s a look at the 920’s battery life with the corresponding usage: 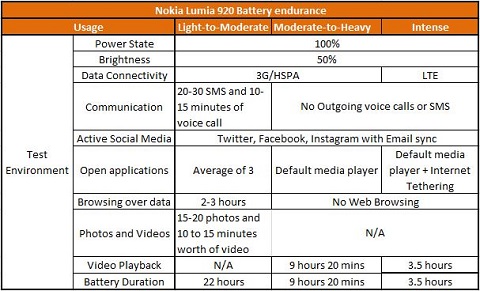 Locally, the Lumia 920 is by far the best that Windows Phone 8 and Nokia have to offer. And based on our rather short time with it, we can definitely say that it deserves to carry the flag for the Finnish company.

Design-wise, it’s probably one of the most well put together handsets I’ve seen (and held) in recent times. Although I must admit that not everyone will appreciate this phone’s stocky and hefty body, there are those (like I am) that will be immediately captivated by its simple yet premium build. 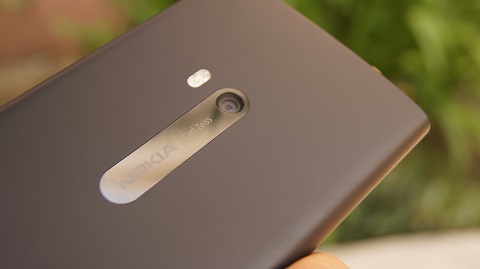 In this day and age where quad-core handsets are a trend, the Lumia 920’s dual-core setup may appear less appealing to some consumers, particularly those who just flash their phones for status sake. However, as far as performance is concerned, I personally think that this handset’s engine fared pretty well on the tasks that we’ve thrown its way.

But the highlight of the show here is the 920’s camera which, based on our brief experience, is worthy of all the hype that has been tied to it. Whether its lowlight, in broad daylight or you’re shooting with shaky hands, this handset will almost always bring you quality pictures with every snap.

The suggested retail price is Php26,990 but it should be a bit lower by now.

Of course by now, you probably have a good grasp of what you’re getting into by choosing to go for this handset; lack of apps, no storage expansion option and non-removable battery. Now, if you think you can live with these limitations, then we think that you won’t go wrong with the Lumia 920.

What we liked about it:
• Premium build
• Imaging and video recording
• Snappy performance

What we didn’t like about it:
• Lack of SD card slot
• Can sometimes get too hot
• Non-removable battery

any review about amber update for nokia lumia920?

I hope I can finally buy a Windows Phone this December, preferably a Nokia :)

for none techie or powerusers wp8 should be an excellent, smooth and simple experience.

still no reviews for the htc one?