Here’s something for you phablet fans out there – reports of specifications have been going around, hinting on the arrival of the Samsung Galaxy Note 4. It’s said to come out with Qualcomm’s new 805 processor along with a QHD display. Read more about it after the jump. 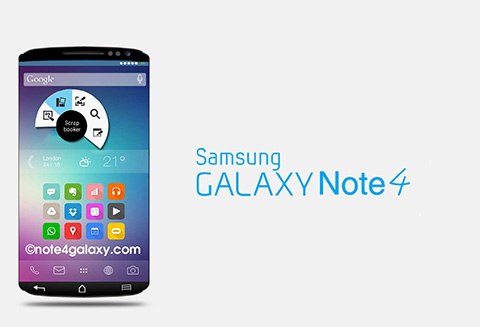 As of now, here are the specs that we could see on the Galaxy Note 4:

Most of the specs rumored to make their way into the Note 4 gets somehow detailed on the display. It looks like Samsung is about to bump up its screen from Full HD to QHD with 2K resolution. Also, having more than 500ppi sounds like an eye-popping upgrade from the Galaxy Note 3’s  current 388 pixels per inch.

For the processing power, the two variants are most likely to come depending on the country. The Qualcomm-powered Note 4 is said to be available for North America, Korea, Chinese, and Japanese (maybe Philippines too?), while other countries could be getting an Exynos CPU with an Intel XMM7260 Cat.6 modem for connectivity.

Camera department looks to be upgraded as well. The new Samsung phablet might be arriving with 16 megapixels, in contrast to the previous 13-megapixel sensor. It also has improved features like optical image stabilization and ultraviolet sensor.

The purported Galaxy Note 4 is said to be bundled together with another device (like a Galaxy Gear) when it launches and we’re looking at around September for that. The Note 3 has been a capable device that’s why it’s exciting to see these specs for the Note 4 and what it has in store for everyone. But as usual, nothing is final until the company announces it so stay tuned for more details.

SGN3 is a great phone and I enjoyed using it and still continues to amaze me… sana marami ako pera para every note line na bago makapagpalit ako every year. Sana this SGN4 comes with same features of SG5 like dual connectivity connection to wifi+LTE. Plus add water and dust proof. Then additional new apps for S pen. And higher front camera sensor.

That is one ugly fan rendered concept.

This is a one crap comment coming from a hater =3

I own a sgn3 n900 and its the best phone na nagamit ko eversince. Hindi rin nagmarkdown srp nya at mas mahal pa sa s5. Kung hindi big deal sayo yung size. Its a good choice. Hoping that sgn4 will be a better one but I’m sure that it will not make the sgn3 a slouch. :)

I hope the note 4 comes with the galaxy gear in the package and not separate.. well i have been a note fan eversince the first game changing phablet. I just hope that it is a big upgrade from today’s Note 3..