Sharp is reported to launch a new model under the Aquos line that might appeal to those who are picky when it comes to their viewing preferences. The Aquos Xx 304SH sports a 5.2-inch 1920 x 1080 display with bezels that are extremely thin. This smartphone isn’t all for show since it’s IPX5/IPX7 certification also makes it water-resistant and dust proof. 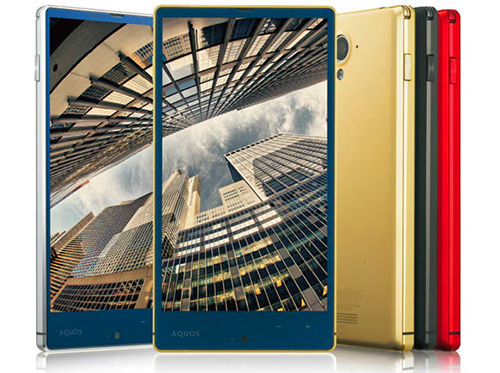 A list was made that shows the LG G2 at the top and currently holding the record for having the largest percentage of display size to bezel with 76%. This means that 76% of the face of the device is dedicated to the screen. The Xx 304SH’s display, on the other hand, is believed to cover 79% of the screen. When this is confirmed and the handset comes out, Sharp might just steal away the title from LG.

The Aquos Xx 304SH is expected to launch in Japan this coming May, but pricing is still unconfirmed. There are also no announcement as to what other countries will be getting this somewhat bezel-less smartphone, if there are any.

Personally, I like its thin bezels that make it feel like you’re almost holding just the screen of the phone. Then again, I’m the kind of a smartphone user who’s been waiting for exactly that – a borderless glass phone. Your thoughts on the bezel?