Huawei recently unveiled two new flagship smartphones and leading the P-series is the Huawei P20 Pro. It’s equipped with a Kirin 970 chipset, 6GB RAM, 128GB storage, and 4,000mAh battery. There’s another smartphone though, that packs the same specs, the Huawei Mate 10 Pro. Let’s find out how different these phones are in our specs comparison below. 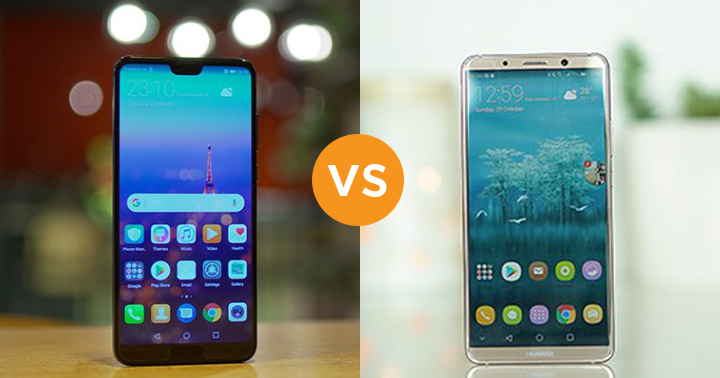 If we look at the advantages above, P20 Pro looked like a souped-up version of the Mate 10 Pro which is more evident in the cameras. The triple Leica camera system makes it the company’s mobile photography king. In fact, it’s DxOMark’s highest-ranked smartphone so far at 109 points, with the Mate 10 Pro trailing at 97 points. Those fond of selfies will be impressed as well with its 24MP front camera with AI beautification.

The P20 Pro and Mate 10 Pro are both powered with the company’s Kirin 970 chipset with Neural Processing Unit (NPU), 6GB RAM, 128GB storage, and 4,000mAh battery. Given the similarities, we’re expecting almost the same level of performance here, although power consumption might be different considering the P20 Pro is running more advanced photography hardware. The P20 Pro also has an advantage of having an updated Android Oreo and EMUI version but the Mate 10 Pro could receive that as well in future updates.

Lastly, the price. The P20 Pro is priced at 899 Euros, while the Mate 10 Pro debuted at a lower 799 Euros. Considering that the latter is an older device, it will be priced even lower than the former when it launches locally.

To sum it up, if you’re looking for a smartphone with the best cameras in the market, the P20 Pro is the one to get, assuming that you are willing to pay the hefty price tag. If you have a lower budget, the Mate 10 Pro is the next best bet as it packs the same chipset, RAM, storage, and battery. It may not be a camera king but it has good cameras worthy of being in DxOMark’s top 10.