We recently compared the Huawei P20 Pro to its older cousin, the Huawei Mate 10 Pro. This time we’re going to pit it against another powerful flagship smartphone, the Samsung Galaxy S9+. Let’s find out which one is better on paper in our quick specs comparison below. 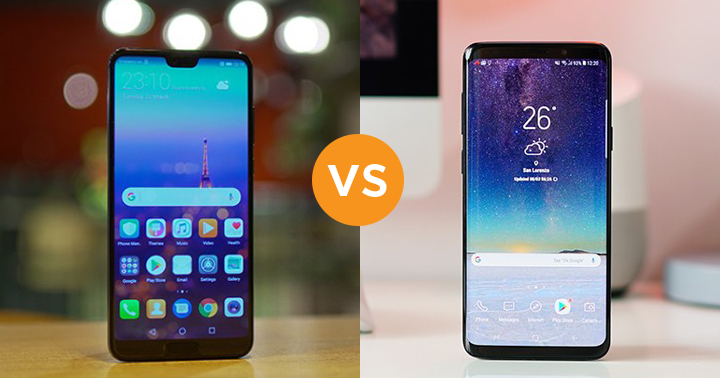 The P20 Pro definitely edges the Galaxy S9+ when it comes to cameras. Not only it packs three cameras, it’s the chart topper in DxOMark Mobile at 109 points while the S9+ is at 99. Don’t get us wrong though, as the S9+ is still one of the best camera phones out there. It also has a hand Infrared Remote Control, a way larger battery, thinner and lighter build, and an updated Android Oreo although the S9+ could also get it in future updates.

When it comes to performance, the S9+ sports a newer Samsung Exynos 9810 chipset and a more powerful GPU. While we haven’t benchmarked the P20 Pro, we can get an idea how it performs through its cousin, the Mate 10 Pro as they sport the same chipset. Using AnTuTu v7, our Mate 10 Pro got a score of 211,449, while the S9+ got a score of 240,270. The gap is not that huge but it gives us an idea which chipset can provide more firepower.

While the P20 Pro wins in terms of camera performance, the Galaxy S9+ provides more bells and whistles such as a higher resolution display, multiple storage options with support for a microSD card, better Bluetooth connection, better Ingress Protection for liquids, an Iris scanner for better biometric security, and heart rate scanner. It may have a smaller battery but the S9+ supports fast wireless charging which is hand if you don’t like charging with cables.

To summarize, if you want a smartphone with best cameras and a big battery, go for the Huawei P20 Pro, but if you want something with better display and performance, and more features, the Galaxy S9+ is the one for you.

To just say the P20 has better cameras based on the pure specsheet of the camera is rather shortsighted. Multiple comparisons have ready shown that the S9 actually does more natural and better job. Further the S9 has much better video recording with many more (usable) modes. Battery life has been shown to be not much different either between the two.