Solid and ergonomic – these are the lasting impressions that the Starmobile Goal left us with. After spending quite some time with the device, we’re ready to give you our verdict. Read on and check out our full review of the Starmobile Goal. 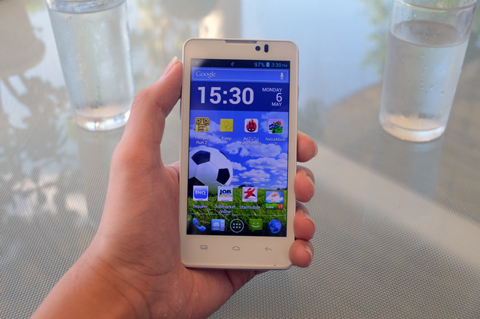 We made a hands-on video, so check it out before anything else:

The SM Goal isn’t ugly by all means. In a white paintjob, it is quite classy-looking, but we have to say it’s boring. White plastic phones aren’t rare anymore, and the Starmobile Goal simply looks like a regular phone. It has fairly thick bezels flanking the display and a chrome lining around the device. Other than that, it’s nothing new. 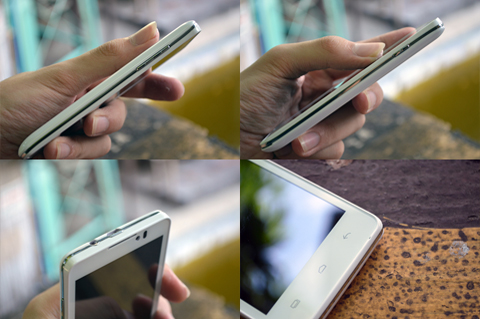 On top you’ll find the micro USB port & the place for the audio jack. On the right is the power button while on the left is the volume rocker. The microphone is found on the lower front side of the phone, together with the three capacitive buttons. On the upper part are the sensors, the front-facing camera and the earpiece. Being a white unit, it doesn’t easily attract dirt, which is a good thing. Starmobile has also included a jelly case in the package with a screen protector, so we don’t think we’ll find any problems in this aspect. All-in-all, the device is a solidly built device – something like a brick – but it doesn’t feel noteworthy with its thick bezels and squared-off edges.

The 4.5-inch display has a resolution of 480 x 854, which is decent with a pixel density of 218ppi. Responsiveness is a lot better than other phones such as the Starmobile Diamond, and colors are produced very well. Viewing angles from all directions are good too, except if you’re viewing from the top side; slight changes in angle will immediately cause massive discoloration.

Operating the screen with the size of 4.5-inches is no problem by today’s standards, but we have to say the bezels aren’t working with the phone very well. I can handle a 4.7-inch display from a Nexus 4 similarly to how I handle the smaller display on the Goal.

The phone runs Android 4.0.4 Ice Cream Sandwich. We’ve been experiencing waves of this version already, and it’s getting in my nerves quite a bit. Google is going to launch a new version soon, and a lot of phones are still 1-2 updates behind. 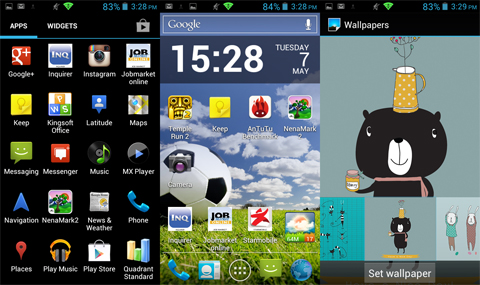 It features a set of wallpapers from Starmobile here, with the same apps that send you to the browser (SM, Inquirer…). It has a battery percentage on top of the notification bar with a couple of new elements such as a bounce when scrolling to the end of a list or so.

The interface is pretty much stock Android all the way, and like we’ve said before – the included apps are pretty much useless.

The phone offers good volume & quality when it comes to playing audio. The video experience was also good, but if you’re watching it in landscape – expect the people watching with you to have a hard time, since like we’ve said, one side of the display offers bad viewing angles. 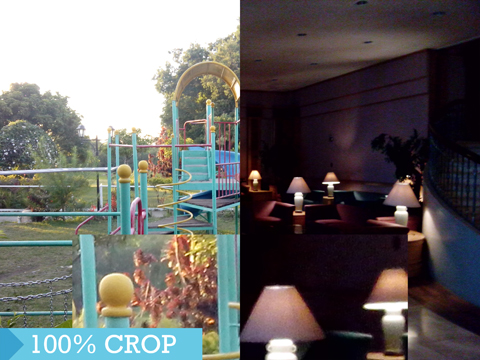 The 8MP camera is great as it offers reasonable amount of detail and saturation. It adjusts easily to lighting, and focus can be on the neutral side. Video didn’t offer auto-focus though.

The sensor fails in low-light situations however as it produces so much noise, and the module doesn’t seem like it’s taking in enough light. To put it down further, we have to say there’s no LED flash here; you’ll have to go to war with insufficient weaponry.

The 1GHz dual-core CPU and the 512MB RAM isn’t anything new today. It’s going to take you far in doing basic tasks and casual gaming, but when a lot of apps and processes are around, you need to say hello to lag & stutter. To drain a full battery, you’ll need 5 hours of video playback on half the volume and half the brightness which is quite decent. It lasted for so many days on standby and a lot more on a day’s use, so I guess it’s safe to say the battery on this one is above the regular.

To conclude, I have to say the Starmobile Goal is a great phone; people around me even wanted to buy it off my hands. It needs a flash for the camera though, and safe to say it does everything pretty averagely. 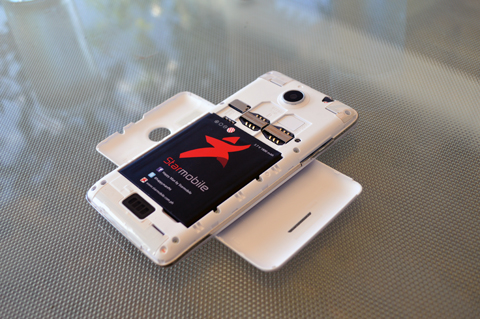 It has decent display with a bad angle, a good camera without a flash, a decent CPU with limits and a long-lasting battery – not to mention it comes with a lot of stuff in the box (screen protector, 4GB micro SD & jelly case). For Php5,990, I don’t think anyone can possibly say it’s a waste; it’s definitely worth it.

Here is the unboxing video: