The TCL brand is known as a television brand, and a couple of years back, the company is exploring the smartphone industry. They have given us budget-friendly smartphones in the past, and now, it’s time to check out their newest addition to their budget line-up, the TCL 20 SE. It has a 6.82-inch display, quad rear cameras, a 5,000mAh battery, and a Qualcomm Snapdragon 460 chipset. So does it have what it takes to be your new daily driver? Let’s find out! Right off the bat, the TCL 20 SE has a tall and thick form factor which makes it feel robust to hold. It shines with a reflective mirror-like finish that’s topped with glass, making it prone to fingerprint smudges, so we highly recommend using the free jelly case included in the box. 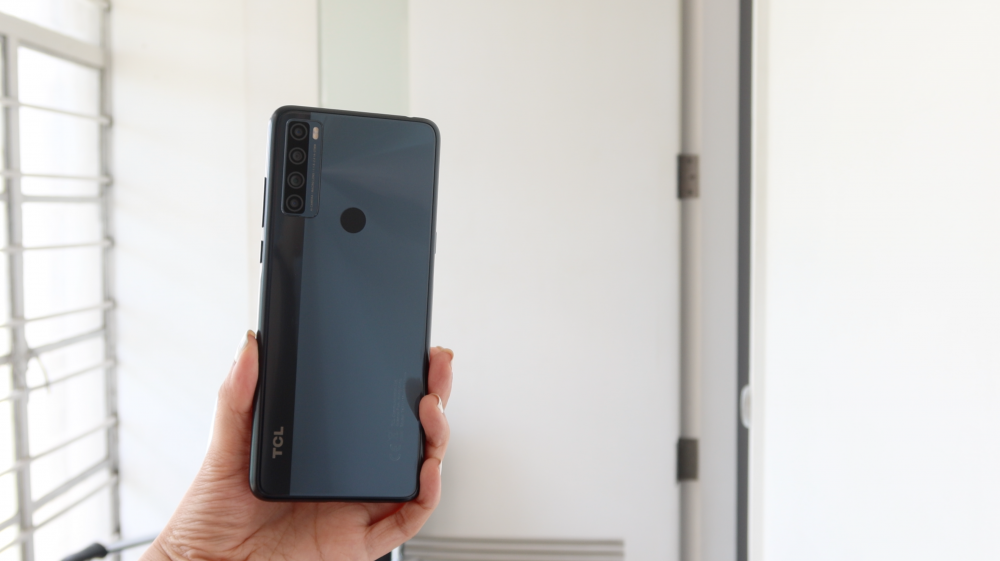 The fingerprint scanner is located at the back together with a slightly protruding vertically aligned camera module. It’s available in two colorways, Aurora Green and Nuit Black, which is the one we have. We like how it’s got a two-tone accent that changes depending on the angle of the lighting. You can also use it as a handy mirror. 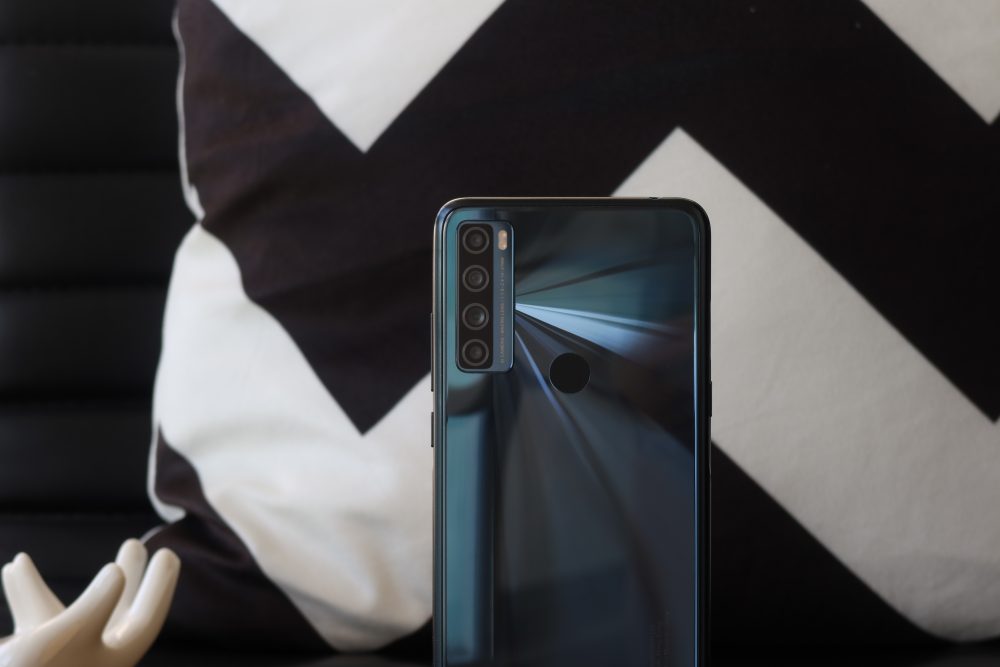 Located on the right is the sleep/wake button alongside its volume rockers. They’re tactile and clicky; however, people with smaller hands might need to adjust a little to reach it one-handed. 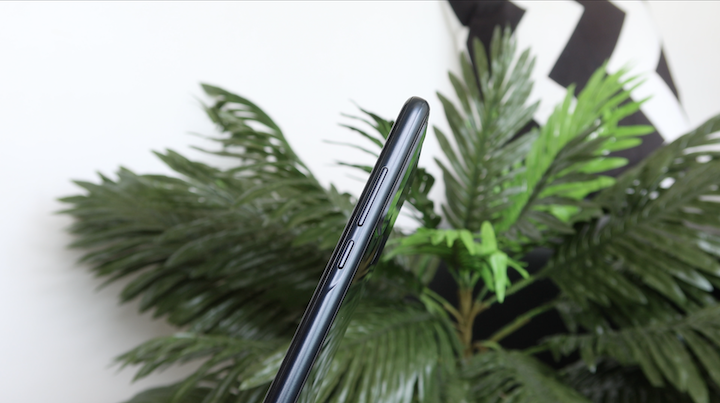 Checking out the left side, here’s a textured Smartkey slash Google Assistant button that I kept mistaking as a volume button sometimes. Then you can also find here its hybrid card tray for two nano-sized SIM cards or 1 nanoSIM plus a microSD card. 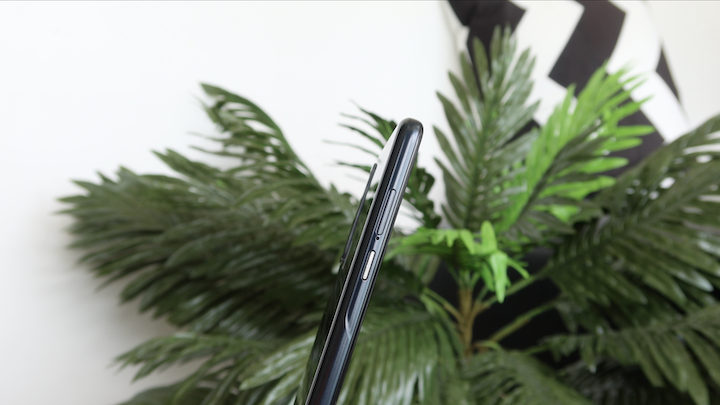 Up top, we get the secondary microphone and a 3.5mm audio jack. While at the bottom are the primary microphone, USB Type-C port, and the two-loud speakers. 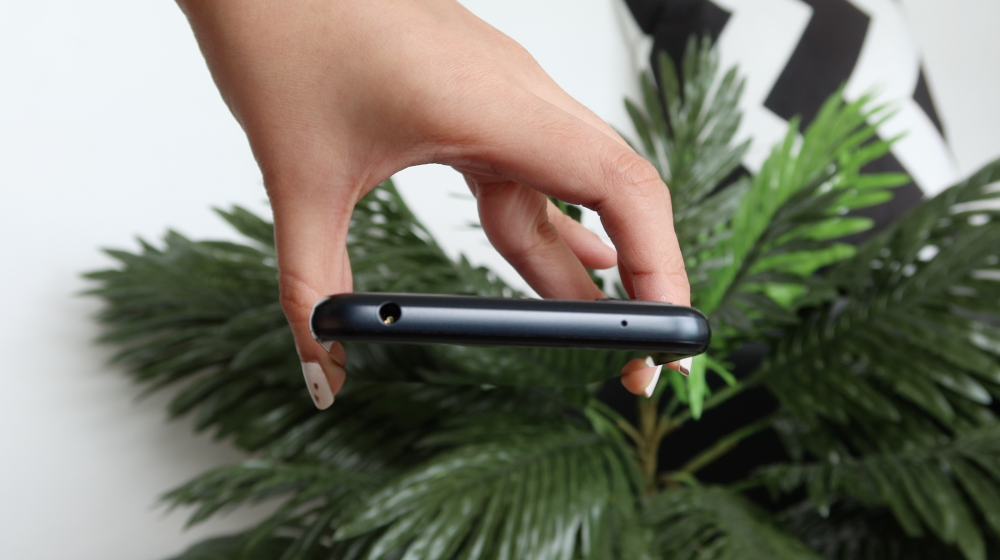 The overall styling of the TCL 20 SE honestly looks and feels premium, thanks to its rear glass panel.

Flipping to its display, the TCL 20 SE comes with a large 6.82-inch V-notch screen with a resolution of 1640 x 720px and a pixel density of 263ppi. Consuming media on this device is decent, and we can expect vibrant colors as well as nice viewing angles. 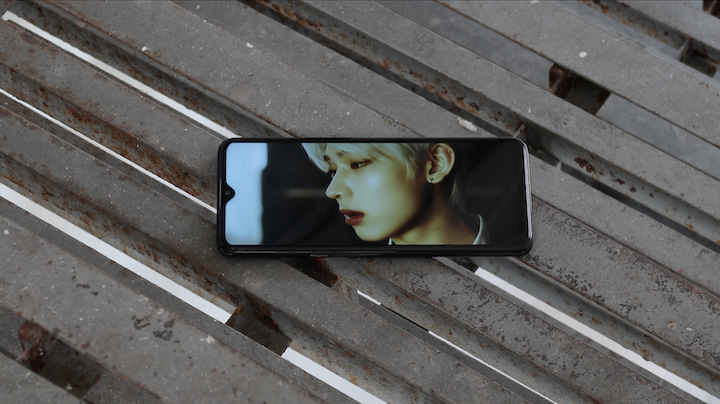 If this display needs more improvement for you, well TCL is utilizing its specialties when it comes to displaying quality with its NXTVISION app to enhance your media-consuming experience further. It even has a video and game enhancement option to boost the color, contrast, and depth of details in videos or games to provide such HDR-quality viewing. Also, using the phone under broad daylight is viewable enough, but it can be brighter. The bezels aren’t the slimmest but pretty sizable with a slightly thicker chin. It also has quite an outdated old notch design that can be covered with a black bar in the settings if you’re not a fan of it. Nonetheless, the display is very good enough for casually binge-watching content on YouTube and Netflix. Audio-wise, the TCL 20 SE has a stereo speaker setup, but it wasn’t the best in its class. It can easily fill up the room at maximum volume, but the sound can be too tinny and lacks some bass. We still highly recommend taking advantage of the 3.5mm audio port for a more optimal sound experience. You can also opt to choose between 2x and 4x zoom. However, just like its main camera, don’t expect too much from the TCL 20 SE’s image quality. The AI color mode highlights subjects by transforming the environment’s colors to black and white, but this feature can be hit or miss to use. In addition, if you want to take some night shots using this device, unfortunately, this doesn’t have a dedicated night mode, although the AI feature can help boost the image taken in dark scenarios. Other features include Pro, Panorama, Super Macro, Light Trace, and Slo-mo.

For selfies, images are decent, skin tones can be a little bit too dark, and sometimes, photos can come out noisy even in well-lit conditions.

For videos, the TCL 20 SE can shoot up to 1080p at 30fps. It doesn’t have any optical image stabilization nor digital stabilization, so expect to have shaky videos when not placed on a tripod or a gimbal. 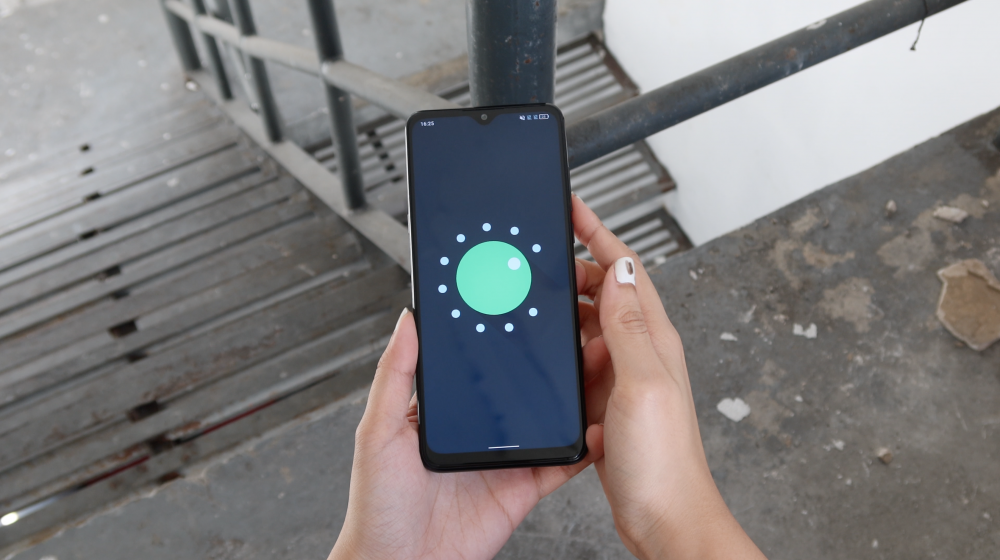 For software, it runs on TCL UI based on Android 11. The overall software looks clean and has a lot of resemblance to Stock Android with a few TCL Bloatware. We’re glad to report that the UI is pretty straightforward and fairly customizable according to your preference. App drawer option is present, and you can also use either navigation buttons or gestures. Additional features include Digital Wellbeing, parental controls, one-handed mode, App cloner, and multiple users. These are features that not all Android smartphones have. Out of the 64GB storage that we have, we get 59GB of usable space out of the box. If this isn’t enough, you can expand it through a microSD.

When it comes to performance, the TCL 20 SE comes equipped with a Qualcomm Snapdragon 460 coupled with an Adreno 610 GPU, 4GB of RAM, and up to 64GB of storage. 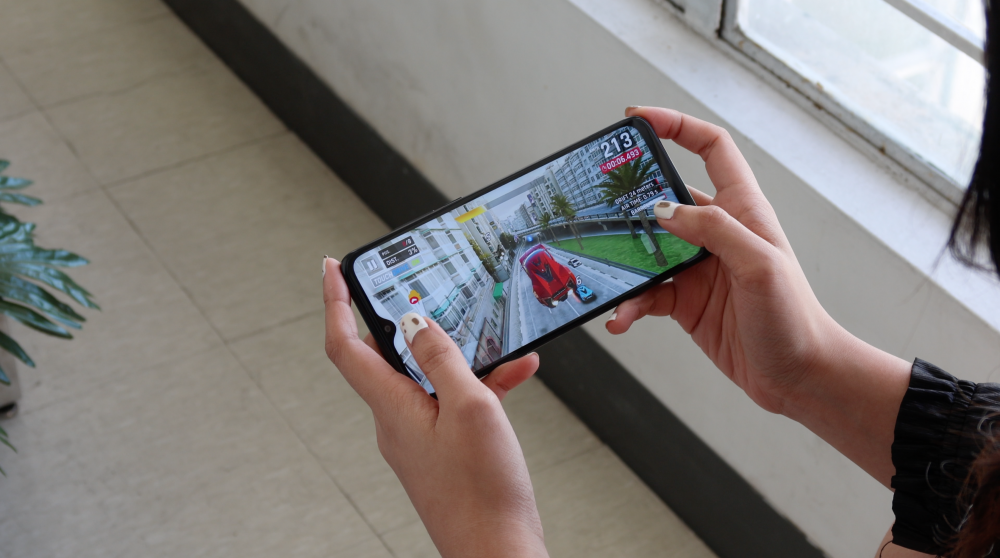 Doing basic tasks such as casually browsing the web or your social media apps, navigation, and streaming videos on YouTube or Netflix can be decent with some stutters when too many apps are running in the background. 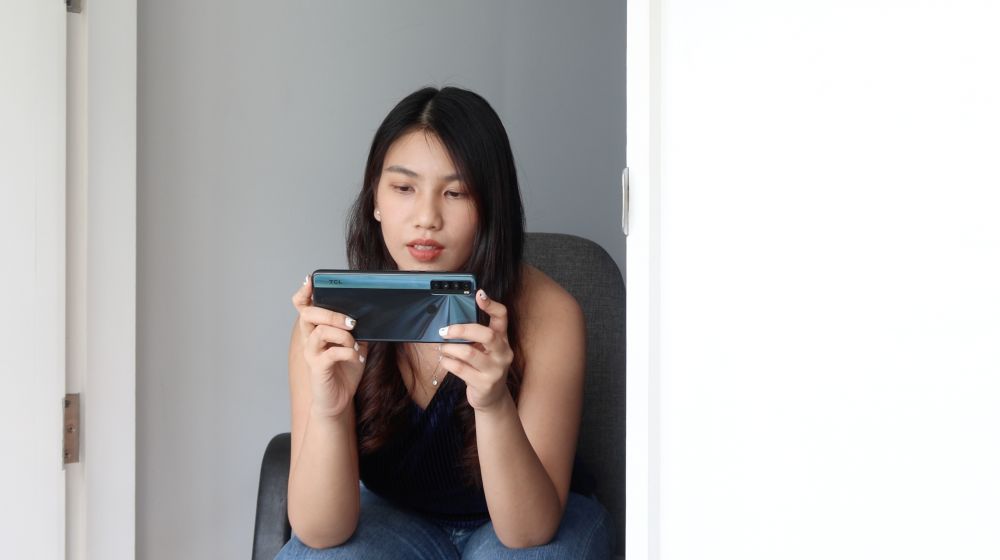 Graphically intensive games are mostly playable in low to medium settings, but they can get very laggy in most cases, so we highly suggest using the lowest graphic settings for a smooth gameplay experience or use TCL’s proprietary Game Box app.

We ran it through our usual benchmarking apps, and here’s what we got:

The TCL 20 SE has all the standard connectivity features on smartphones, such as WiFi, Bluetooth 5.0, GPS, NFC, dual SIMcard support, and USB Type-C. However, this smartphone lacks 5G connectivity which might be a deal-breaker to some consumers.

Battery-wise, it comes with a massive 5,000mAh battery with 18W fast charging. In our use, the TCL 20 SE can last up to a whole day of mixed-used if you’re not into playing a lot of heavy games. In the PCMark’s Battery Test, this device lasted for 21 hours and 42 minutes, while in our Standard Video Loop test, which entails playing a 1080p video on loop with Airplane mode turned on at 50% brightness and volume and with headset plugged in, we got a good 15 hours and 7 minutes.  On the other hand, charging takes more than 2 hours and 30 minutes, which isn’t surprising considering its huge capacity. 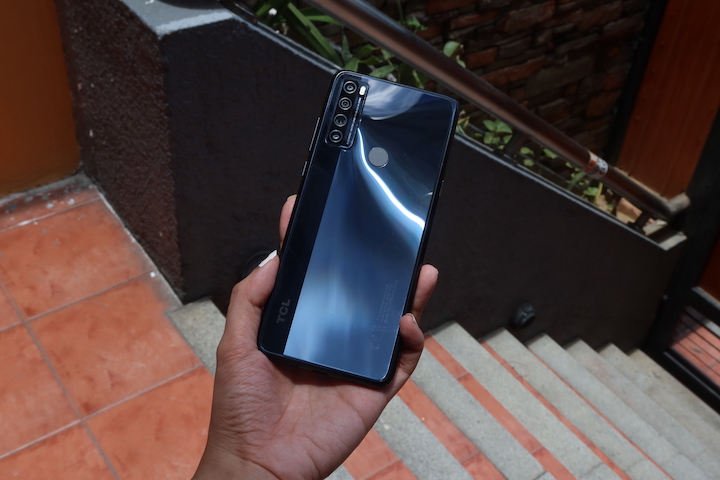 The TCL 20 SE is priced at PHP 8,990. Even though its camera isn’t its strongest suite as well as its performance, you will still have a huge battery that can last 1-2 days with fast charging support, a huge display, and a stereo speaker setup which could definitely improve your media consumption experience.

Should you buy it? If you are the type of user who does basic tasks like browsing the web or your social media apps and doesn’t mind having a weak set of cameras, then this device might be just for you.

with additional inputs from Justine Basco