Blizzard has introduced a new feature in Overwatch called the Workshop that allows players to create scripts to implement rules in the game’s existing game modes. The Workshop is basically a simplified game scripting system which allows players to edit and customize the existing game modes’ rule and play conditions. They can change the mechanics on how each hero can move, use their ability, damage or heal amount, and even display texts on certain circumstances. To create a script you must do the following: 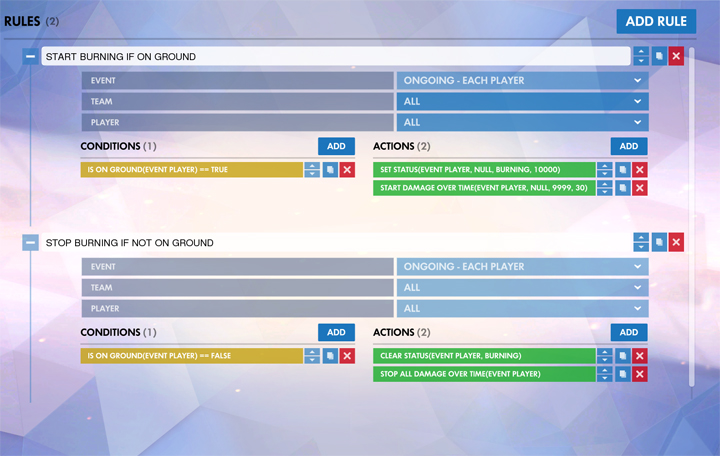 You can debug your script by accessing the Workshop Inspector