Huawei has recently announced the software update plan for its latest Android skin, the EMUI 11.

As spotted on Huawei’s community page, the smartphone brand has released a list of Huawei smartphones that will be receiving the EMUI 11 per region. Huawei further emphasizes that the list only includes phone models with an open line. Those who use Huawei smartphones under a carrier should refer to their carrier’s own schedule of update plan for further information.

The rollout in Asia will start from December 2020 Q1 2021. Among the smartphones which will receive the EMUI 11 update is the Huawei P40 series, Mate 30 series, Mate 20 series (including the Porsche Design Mate 20 RS), and select MatePad models.

Here’s the full list for the Asia Pacific region: 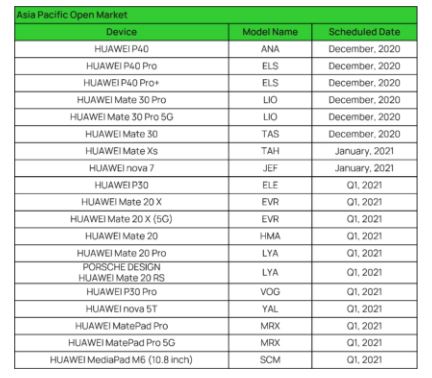 To know more about EMUI 11, visit this link.