The new LG PuriCare Wearable Air Purifier Mask with VoiceOn has officially launched in the country. In a recent virtual event, LG Philippines has unveiled the new Wearable Air Purifier with VoiceOn. The event started off with a short discussion about the importance of mask use. Dr. Ma. Adelina Sadili, a Consultant Pulmonologist at Makati Medical Center, led the talk and shared important pulmonary facts. 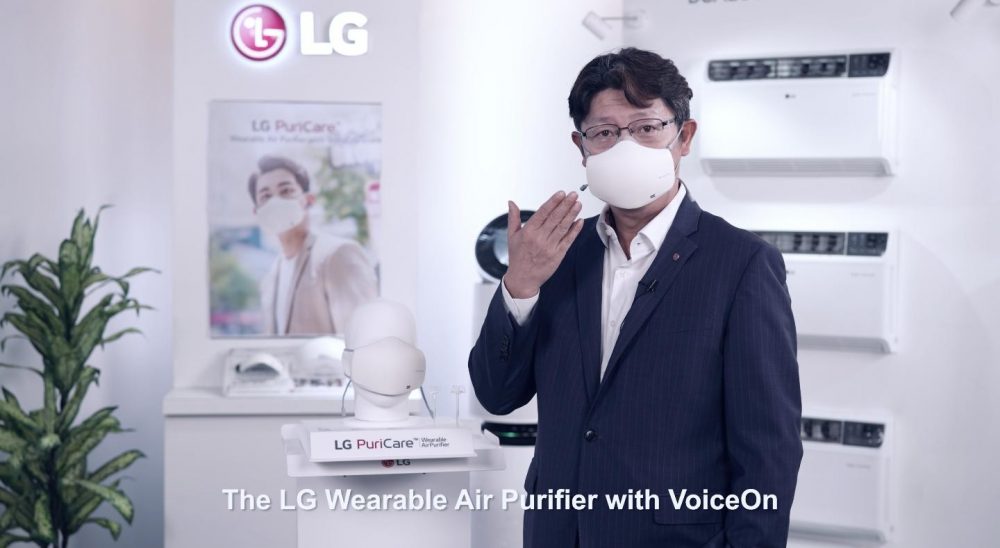 It now features LG’s VoiceON technology – a built-in microphone and speaker. This will allow users to speak in normal tones without having to remove their mask to retain audiobility as the speakers will amplify their voices automatically.

Furthermore, the newer model claims to be more lightweight with a smaller and more efficient motor. Weighing only 94g, the revamped LG PuriCare Wearable Air Purifier Mask sports a 1,000mAh battery that can last 8 hours of use on low mode, and recharges to full battery in two hours. In terms of design, it boasts a more ergonomic fit that minimizes air leakage around the nose and chin without discomfort. The LG PuriCare Wearable Air Purifier Mask with VoiceON is priced at PHP 9,799. However, it is now available through Abenson and Electroworld for PHP 8,998 and is also on sale in Lazada and Shopee for PHP 8,819.