Misfit’s latest wearable, which was first unveiled in January at CES 2017, is now announced to have Android Wear 2.0 rather than a proprietary platform. 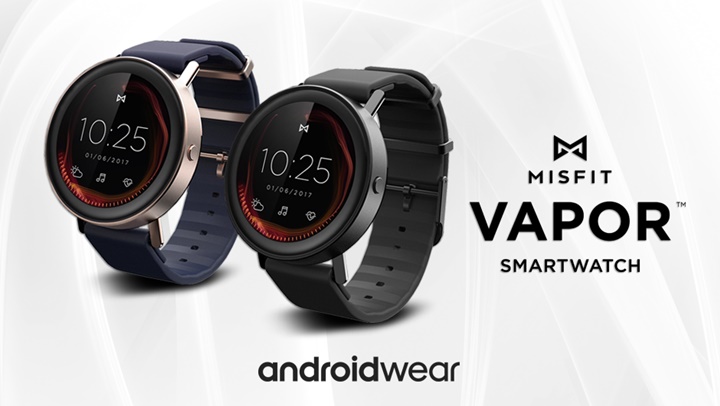 The Misfit Vapor is part of Fossil Group’s plan to release more than 300 smartwatches in 2017 with this wearable slated for store shelves in “late summer”. It features a 1.39-inch full circle AMOLED touchscreen with a 326ppi pixel density, Snapdragon Wear 2100 chipset, and 4GB of storage.

Other specs include an accelerometer, altimeter, gyroscope, optical heart rate sensor, GPS, and a microphone. Also, it’s got a touch-sensitive bezel for navigating the UI rather than depending solely on touch.

The watch will come in two colors, Rose Gold and Jet Black, with a price tag of USD 199 or roughly Php10k before taxes and fees.