The latest report from Opensignal shows that there has been a significant change in how Filipinos spend more time on WiFi during the COVID-19 pandemic. 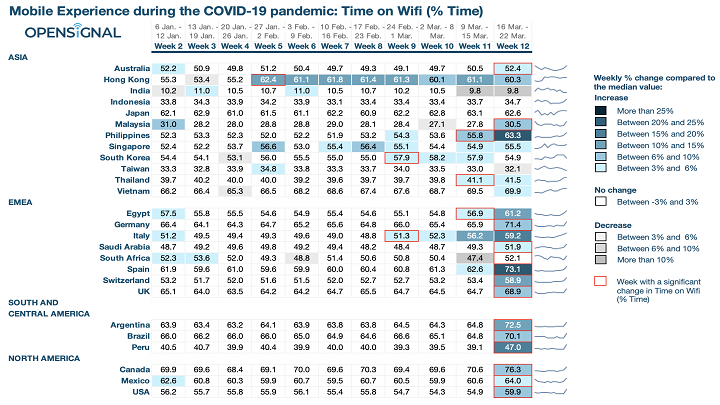 The data collected indicates that there has been a 4.2% weekly increase in smartphone users who were connected to WiFi in the country since the second week compared to the first week of March 2020. It further increased in the week of March 16 to 22, 2020, rising up to 63.3%. From the second week to the third week of March 2020, it has grown by 13.4%. So far, it was the biggest week-on-week leap the firm observed across other Asian countries. 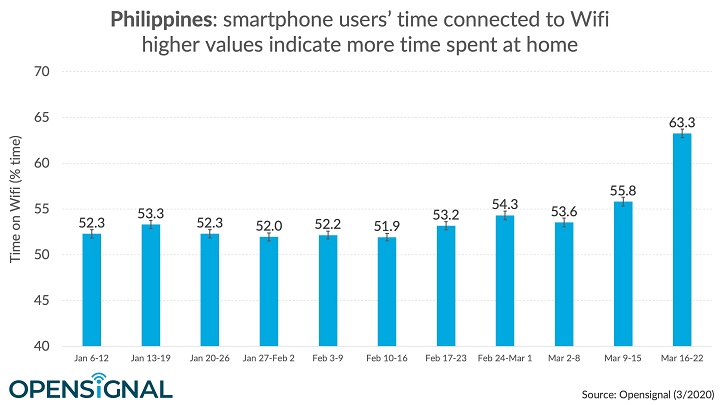 Countries such as Malaysia and Thailand also recorded an incline on WiFi usage by 2.7% and .4%, respectively. Nations in East Asia like Hong Kong, Japan, Taiwan, and South Korea had a decrease.