One of the most popular mobile games, Temple Run, has now a sequel – Temple Run 2, which is sure to consume a lot of your time once you download it on your iOS device.

The game will be available within at least 24 hours for the rest of the world, as it arrived already in New Zealand. 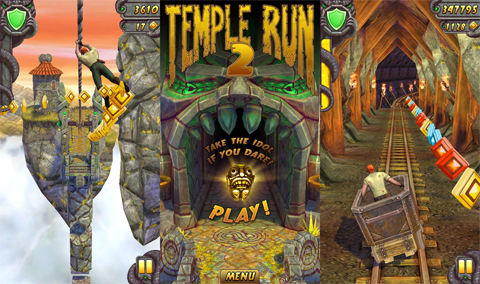 Temple Run 2 features a new environment, the same yet slightly improved gameplay with mine carts & zip lines and some visual upgrades. Of course there are more new stuff, such as the new ‘demon gorilla’ that replaced the demon monkeys that were chasing you in the previous game (assuming it’s called the demon gorilla).

All-in-all, the game feels new and fresh even by just watching the video. Unfortunately, we have no date on when it’ll come to Android and other platforms. For now, get ready to download as I know a lot of people would, and Temple Run players will usually follow it up by posting their scores online.