Twitter has released its data for the 65th Miss Universe coronation event, giving us an idea how much the said event trended in one of the most popular social media platforms on the planet.

According to Twitter, there were more than 34.6 million-related Tweets exchanged during the coronation event – the highest Tweet volume for an entertainment event during the live show. 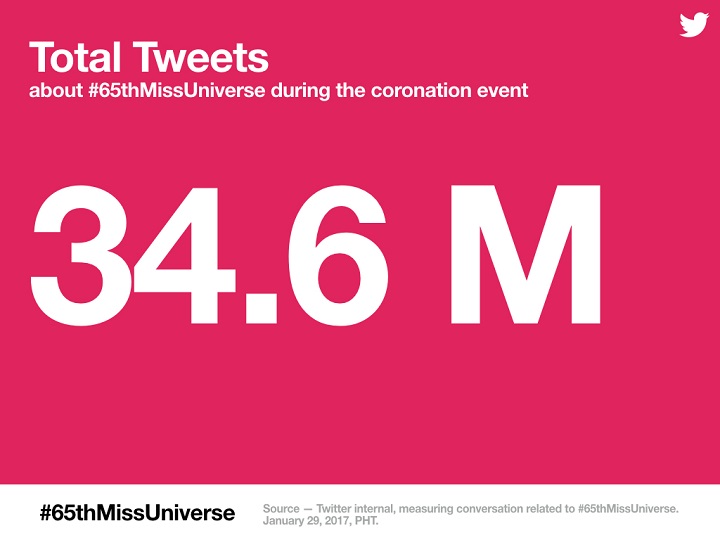 Here are the most Tweeted contestants: And here are the top 5 moments during the live coronation event: The #65thMissUniverse took place at the Mall of Asia Arena in Manila, Philippines on January 30, 2017, with Iris Mittenaere of France taking home the crown.