Among the new products that ASUS introduced during Computex 2014 is the new MeMO Pad 8 (ME581CL) – an Android 4.4 KitKat slate that sports an 8-inch display, LTE connectivity, a slim body, and powered by a 64-bit Intel Atom quad-core CPU. 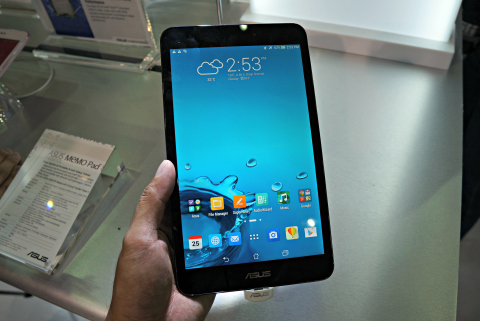 The MeMO Pad 8 (ME581CL) is probably the best-looking sub-10-inch tablet that ASUS has in its arsenal. It has an 8-inch 1920 x 1200 resolution IPS display with a pixel density of 283ppi, mounted with Corning Gorilla Glass 3, and a 6.28mm thin bezels which can satisfy those who prefer a tablet with good screen-to-body ratio. 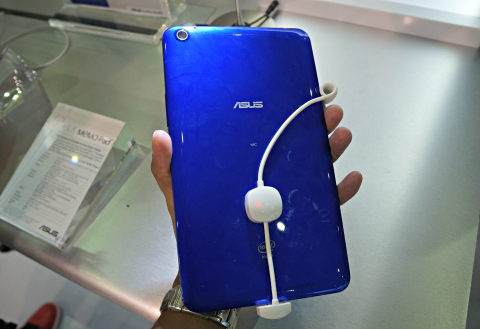 Powering the device is a 64-bit 2.3GHz Intel Atom Z3580 quad-core CPU, 2GB RAM, 15.2Wh battery, and Android 4.4 KitKat with ZenUI. Other features include an 5 megapixel rear camera, 1.2 megapixel front-facing, dual-rear speakers, NFC, WiFi, Bluetooth, and LTE. All of that are housed in a body that is only 7.45mm thin and weighs in at 299g. 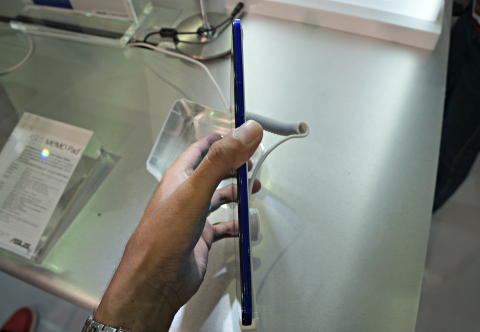 With the dimensions mentioned above, the MeMO Pad 8 feels thin and light in the hands. The multi-coated pearlescent rear feels nice to the touch and adds a nice effect to its overall design. And even with the thin bezels, it is comfortable to hold with one hand and provides enough space for the thumb to rest on. It’s a bit wide at 8-inches but handling should be okay if you’re just flipping through eBooks or scrolling webpages.