Cherry Mobile will soon unveil the successor to their 7-inch Superion TV that was released back in January, take a peek at the Superion TV 2.

As always with CM’s teasers, not much info have been provided aside from the fact that it is dual-SIM capable, has 3G connectivity and runs Android Jellybean. However, according to Cherry Mobile Thailand’s webpage it sports the following specs: 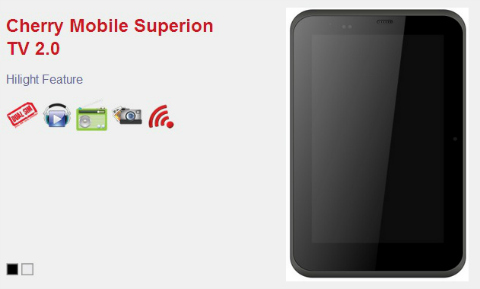 Local pricing and availability is yet to be announced so stay tuned for those.