Next is the Lenovo TAB A7-50, the Crystal Clear Multimedia Reader. It has a 7-inch wide-view HD display, 2 megapixel rear and front camera, optional 3G connectivity, powered by a quad-core CPU. It is also available as the A7-40 which has an 8GB internal storage and front-facing camera only. Moving past the 7-inch display is the Lenovo TAB A8-50. The 8-inch slate is focused on ‘Home Entertainment on the move’, featuring an 1280 x 800 IPS display, Dolby audio, 5 megapixel rear camera, 2 megapixel front-facing, optional 3G connectivity, 4,200mAh battery, and a MTK quad-core CPU. 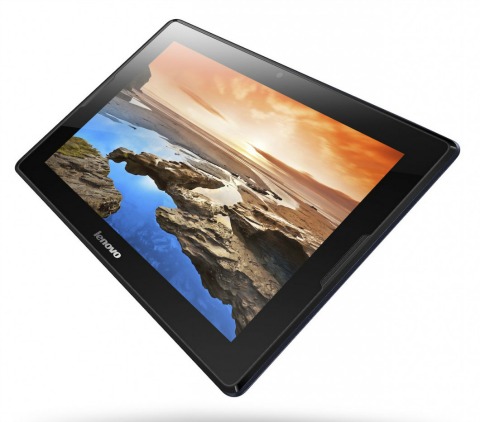 And then we have the Lenovo TAB A10-70, the ‘Mobile Home Theater System’. It sports a 10.1-inch wide 1280 x 800 HD display, Dolby-enhanced dual-front speakers, 5 megapixel rear camera, 2 megapixel front-facing, optional 3G connectivity, a 6,340mAh battery, and a MTK quad-core CPU.

bought this one and for a month it was working without any issue then it happens…all the sudden the tablet will hang and reboot it self with one particular error…SIM Card error.. remedy ? i remove the SIM CARD and tablet did not hang anymore…need to send it back for repair or something….glad that it is still under warranty..

Thank you for the auspicious writeup. It in reality was
once a leisure account it. Glance advanced to far delivered
agreeable from you! By the way, how can we be in contact?