Another year, another shot at making Windows a name in the mobile industry, and Microsoft’s ideals have taken the form of the Lumia 950 XL. This year, however, the company is using a different approach. With the latest hardware on-board, will the software Windows 10 make any difference from Windows Phone? 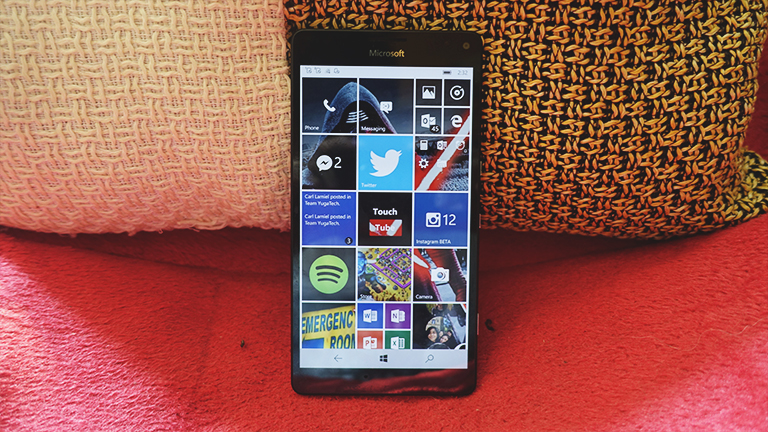 There are two ways to judge this phone’s design – and one way is to compare it to past Lumia designs. In that regard, even when comparing it to the lower tier colorful smartphones, this design doesn’t really stand out.

The Microsoft Lumia 950 XL is just a rectangle with a plastic back and a few accents of shiny metal and glass – and that’s it. It’s not ugly, and it’s even premium to some extent with its size, but as a flagship Lumia phone, it’s plain and uninspiring. 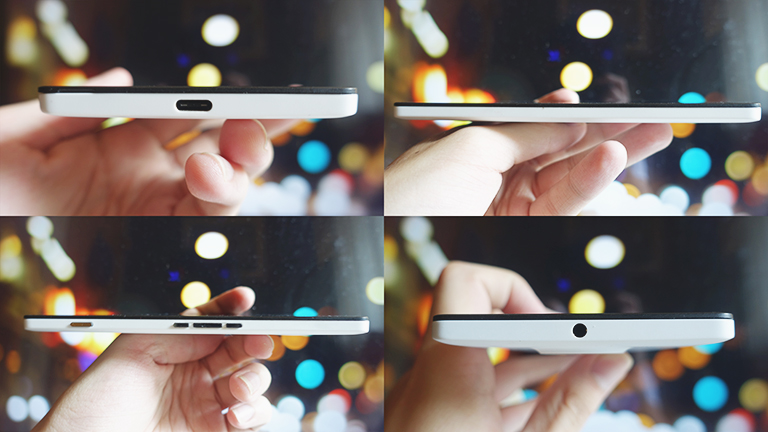 On the other hand, if you forget about all the colorful Lumia phones and you think about this device as Microsoft’s new-found direction, that I guess I can say it does just fine. This is, after all, a phone marketed as a productivity tool for getting work done. Despite its size, it’s fairly manageable in one hand; it’s not sharp and the buttons are very tactile. Also, despite being made out of plastic on the back, it’s not glossy and cheap feeling.

And speaking of the back, that’s entirely removable with the battery. This one has dual SIM slots, and a micro SD card slot, making the sides on the outside very seamless.

I had a slight problem, however; when I inserted a nano SIM into SIM 1, I wasn’t able to get it out with the use of a pin, a ballpoint pen and a nail-pusher, which almost damaged my SIM card. I tried looking for solutions and if this was normal on the internet, but no one had the same problem, so I thought it might be a problem with our unit, or faulty cutting on my SIM card.

The camera hump on the back wasn’t really problematic, the microphones and the speakers are well-placed and well-designed, and everything else looks just fine.

The Lumia 950 XL is rocking a 5.7-inch ClearBlack AMOLED display, and this thing is gorgeous the moment you light up the screen. It’s not oversaturated, yet things don’t look dull either. Everything is sharp and color-accurate, plus Windows’ black UI helps a lot in making the experience a lot better. Being an AMOLED panel, blacks are the deepest because they don’t really light up, making the contrast wonderful to look at. We guess that’s also why the battery life is amazing, but more on that later. 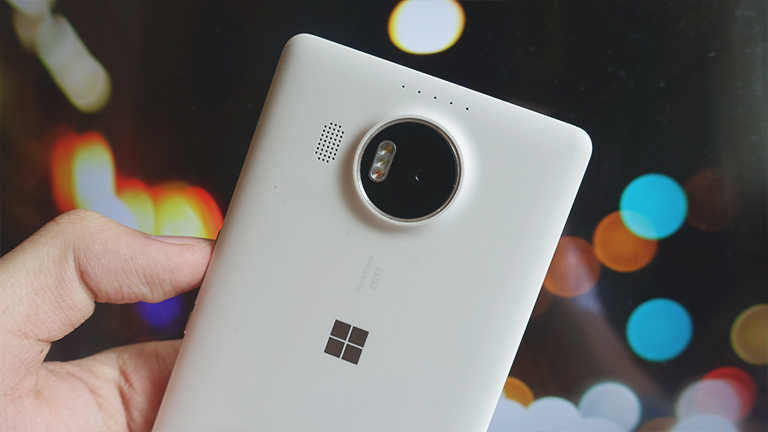 With the wonderful display up front, movies are magnificent to watch. Viewing angles are amazing, and because of its huge size, it’s not a pain to look at. The speakers are found on the back, however, but gladly, they work more than just fine; they’re loud and clear – but the bass is nothing like HTC’s BoomSound, nor will it equal front-firing stereo speakers. Don’t let me end with a bad note though; the speakers on this thing are still solid enough for a good multimedia experience.