Qualcomm has just announced its newest set of premium mobile processors for the next-generation high-end mobie computing devices – the Snapdragon 800 and Snapdragon 600 processors. 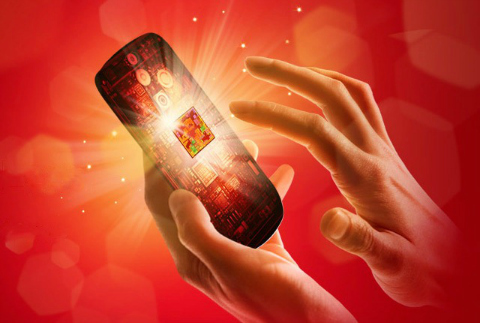 Both SoCs sport faster CPU and GPU cores with the Snapdragon 800 being the most high-end of the two. To begin with, the 800 utilizes the new quad core Krait 400 CPU, an Adreno 330 GPU, Hexagon v5 DSP, and 4G LTE Cat 4 modem.

Below are some of the offerings of the Snapdragon 800:

* Up to 75% better performance than the Snapdragon S4 Pro
* Lower power consumption due to the 28nm High Performance for mobile (HPm) technology node.
* New Krait 400 CPU offers speeds of up to 2.3 GHz per core
* New Adreno 330 GPU delivers more than 2x performance over the current Adreno 320 GPU
* 3rd generation 4G LTE modem with data rates up to 150 Mbps (Category 4)
* Newest generation mobile Wi-Fi connectivity, 802.11ac
* Dual Image Signal Processors (ISPs) up to 55MP with support for up to four cameras
* Support for 4K video capture and playback at 30fps, 2K video at 60 fps
* HD multichannel audio with DTS-HD and Dolby Digital Plus for enhanced audio
* Higher display resolutions (up to 2560×2048) and Miracast 1080p HD support

As for the Snapdragon 600, it sports a new Krait 300 quad-core CPU which offers speeds of up to 1.9GHz, a speed-enhanced Adreno 320 GPU, and support for LPDDR3 (Low Power Double Data Rate 3) memory. Overall, it claims 40% better performance than the S4 Pro but at lower power consumption.

The Snapdragon 800 is expected to be in commercial devices by mid-year 2013 while the Snapdragon 600 will be available in Q2 2013.