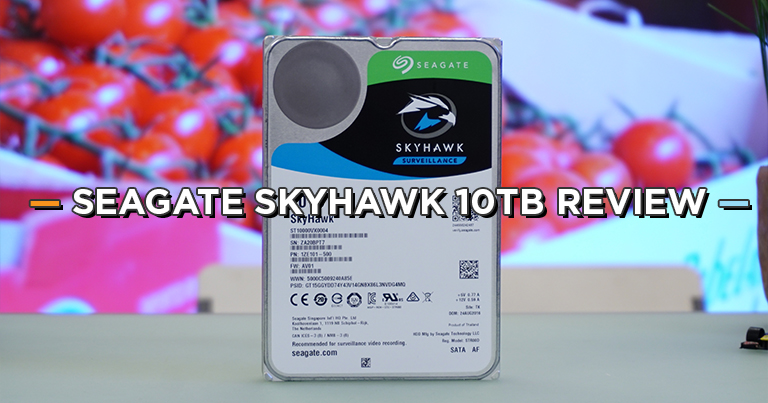 Seagate has been in the computer storage industry since 1978. Each decade, their advancements in computing storage have pushed computers from 5.25″ 5MB Hard drives back in 1980, to their 10TB NAS and Surveillance-grade hard drives today.

Aside from traditional internal desktop storage, they are also famed for their sturdy and long lasting external hard drives, their high-end NAS drives, and surveillance drives.

Today we have the 10TB Seagate Skyhawk, a surveillance HDD built for non-stop 24/7 monitoring. 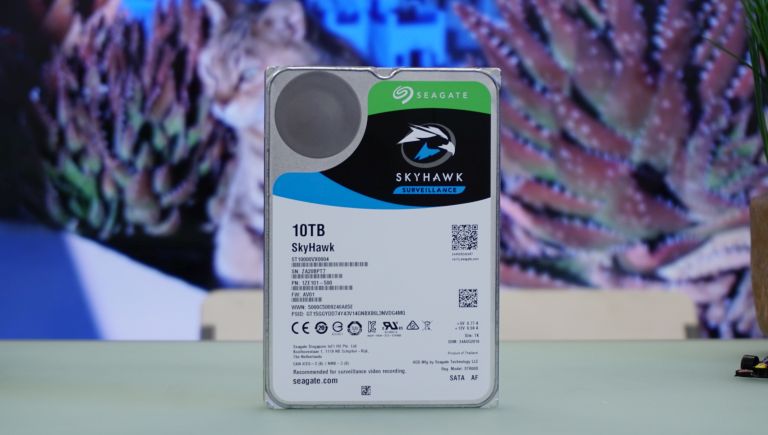 Unlike traditional desktop storage drives, Surveillance HDDs are built with one trait in mind; to deliver reliable 24/7 performance.

The Skyhawk looks similar to Seagate’s other internal 3.5″ HDDs such as the Barracuda and IronWolf.

We have listed the specifications from the website below: 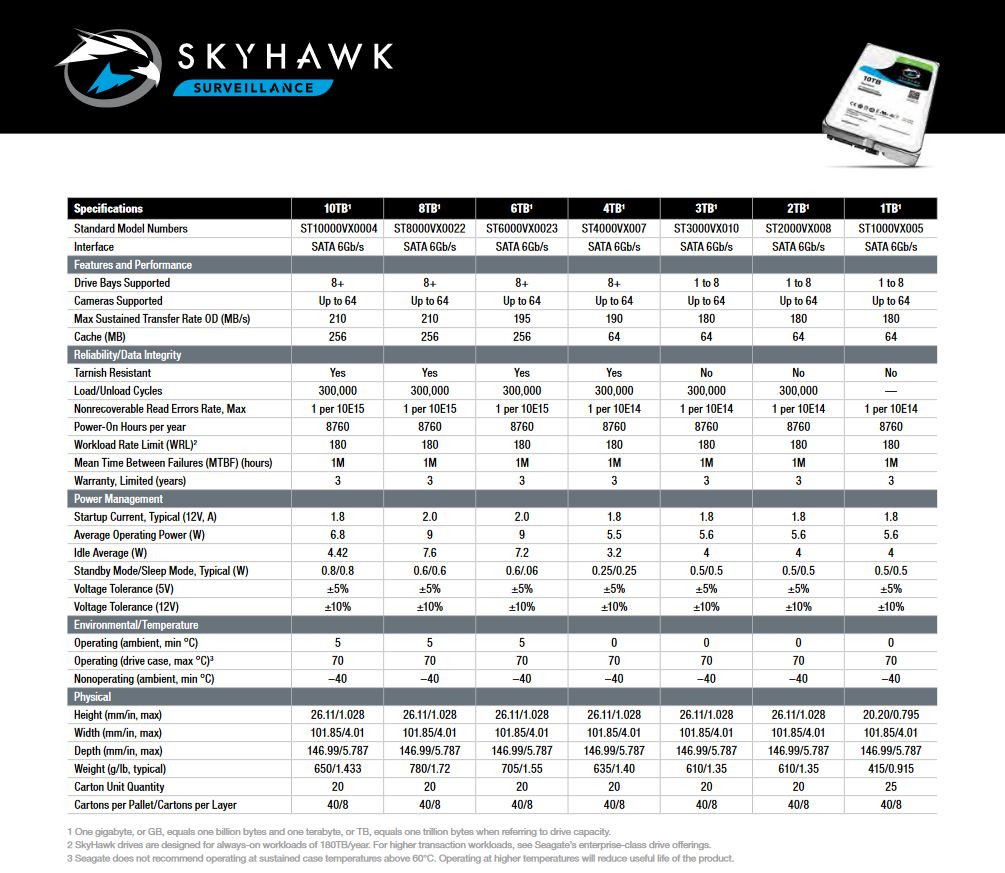 It is important to take note that these specifications are subject to change and will result in a +-5% performance difference. These drives are built for Surveillance and are not expected to compete with dedicated desktop-grade HDDs in computing performance. 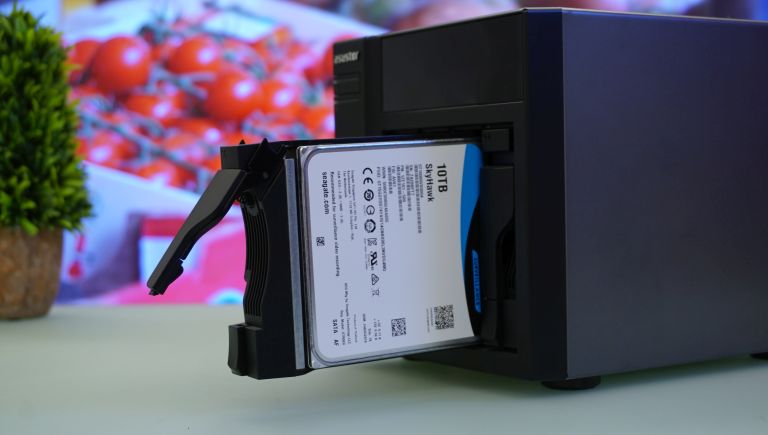 Despite being made solely for surveillance in mind, the Seagate Skyhawk can still be used as a general desktop harddrive as well as an HDD for a NAS. In our demo, we used the Asustor to transfer files back and forth in our test rig, which we’ll discuss in detail below. 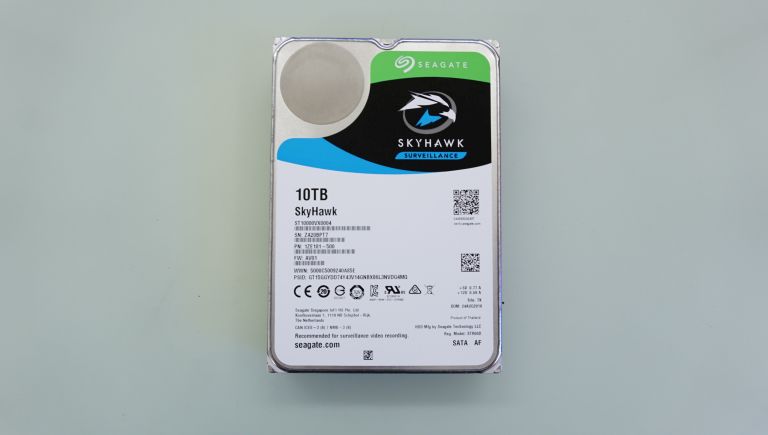 Unlike most of our hardware tests, we used a mini-ITX build utilizing a Silverstone RVZO2 as its case. We tested it using AIDA64 Engineer and a detailed graph is provided below. AIDA64 is a benchmarking software for users that features a wide range of functions in testing and monitoring. 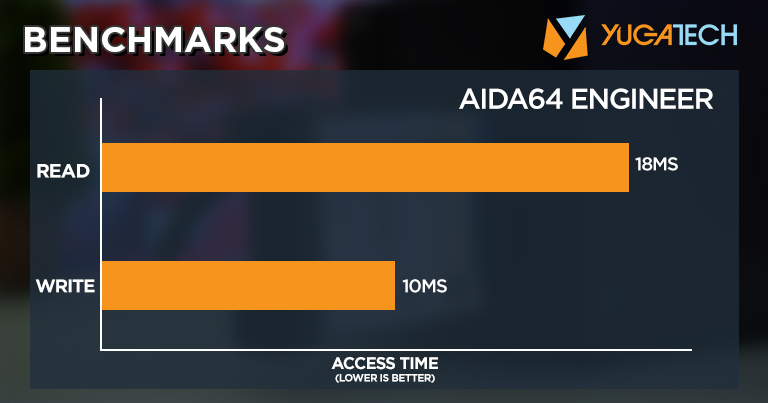 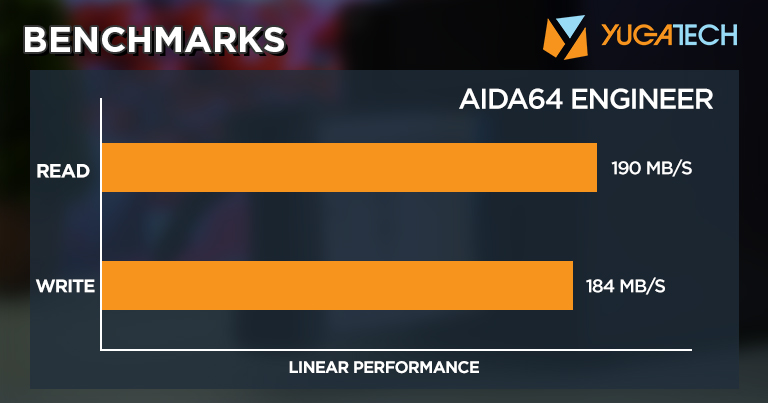 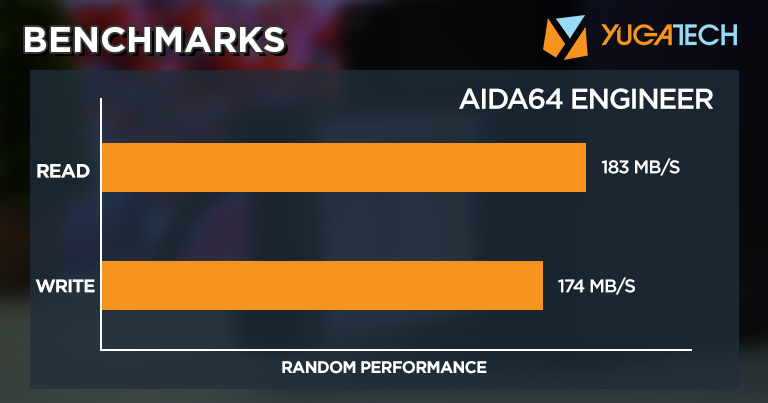 Judging from the tests, the Seagate Skyhawk hard drive is an efficient yet somewhat not as fast compared to other drives in certain read and write speeds. This was expected since, the drive is built for surveillance and is not advertised to compete against desktop-grade consumer hard drives. In terms of durability, however, we expect the hard drive to have a longer life span since it is built for 24/7 writing in surveillance footage. The Skyhawk 10TB HDD is a good solution for security surveillance storage. Unlike other surveillance drives in the market, the Skyhawk delivered fast and reliable performance without breaking the bank as much.

While of course it did lack in some read/write computing performances, it is expected since the drive was built for longevity and surveillance use. In line with its actual use, however, performance should be better and the drive, provided alongside its storage capacity, will deem useful and pleasing to any business/security team.

What we liked about it:
* Fast performance
* Portable, despite being slightly bigger
* Good performance in terms of read/write speeds
* Additional features via dashboard
* Reasonable price point

What we did not like:
* Slightly bigger than most HDDs