Sony’s Xperia Z3 isn’t alone as expected – it’s part of a family of Z3s, namely the Xperia Z3 compact, a smaller version with few compromises in specs, and the Xperia Z3 Tablet Compact, their newest tablet but this time, instead of sizing up at 10-inches, it’s with a smaller 8-inch display. 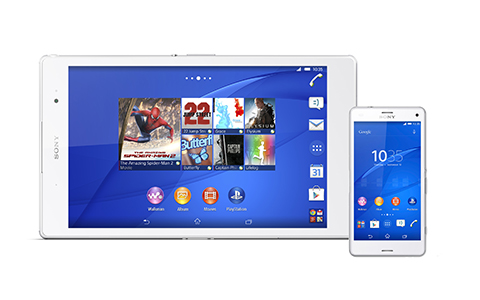 Both bearing similar designs, waterproofing, software features and the like, both devices carry a few differences from the Xperia Z3. Starting off with the Z3 Compact, the major differences that can be found here aside from the size is the resolution of 720p and the lower capacity 2GB RAM. The power however remains the same as it still hosts Sony’s 20 megapixel camera capable of 4K and the same 2.5GHz Snapdragon 801 CPU.

The Sony Xperia Z3 Tablet Compact (quite a mouthful if we may say) on the other hand is much closer to the Xperia Z3, being the company’s flagship tablet. The only biggest change here is the camera, which we welcome as cameras on tablets aren’t really the most important thing.

Local pricing and availability are yet to be announced so stay tuned!