Starmobile is a fairly new player in the local communications scene. Their current offerings mostly consist of dual-SIM phones with the exception of two devices the FeatureSmart, which is a single-SIM smartphone, and the 7-inch tablet Engage.

The Starmobile Engage is quite a joy to hold as compared to the other budget-friendly tablets weâ€™ve held before. This is mainly due to the tablet’s a bit unusual design which features a tapered back panel making it more comfortable to hold and easier to pick up. 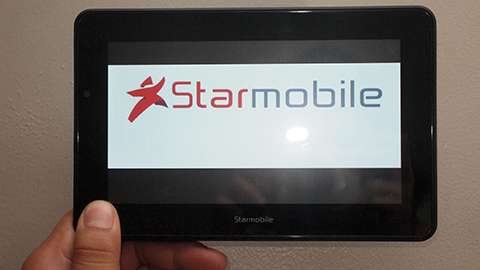 Although the tablet is entirely made of plastic, it doesnâ€™t look or feel cheap. In addition, we also like how Starmobile traded the use of glossy plastic for matte to cover the tablet’s posterior as it is less likely to be scratched or attract fingerprints..

Unlike other tablets of the same league, the Starmobile Engage’s buttons and ports are only found in one area of the tablet. We like it better this way rather than the buttons are scattered all over the tablet which can be quite confusing at times. 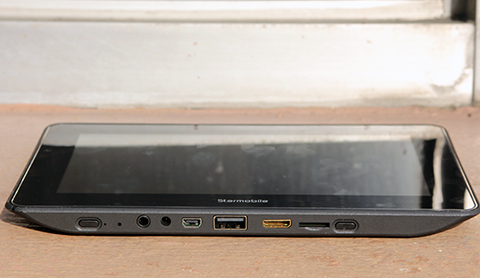 The tablet’s bottom panel (when the tablet is held in landscape with the logo at the bottom) houses quite a number of ports and a pair of buttons. There’s the Sleep/Power and Home button and in between those are the Reset, Mic, 3.5mm audio, DC, Mini-USB 2.0, full-sized USB, micro-HDMI ports and micro-SD card slot. Noticeably missing are the two physical volume buttons which are replaced by virtual buttons on the tablet’s home screen. At the back, you can find the speakers and the 3MP main camera which is paired with a VGA one at the front. This tablet runs on a custom version of ICS (Android 4.0.3) out of the box, but there’s nothing really fancy or immediately noticeable difference from the original OS. The single core 1.2GHz processor and a gigabyte of RAM configuration of this tablet should be able to handle most of your basic tablet needs, albeit not as fluid as youâ€™d want it to be.

With regards to the battery life, we got a pretty decent performance out of the Starmobile Engage’s 3000mAh battery pack as it lasted for two days on light usage and almost a day with moderate use. When used for watching movies with its volume cranked to its max (which is by the way still too soft so I ended up plugging a pair of headphones), the battery lasted for two full movies before I reached for its charger. 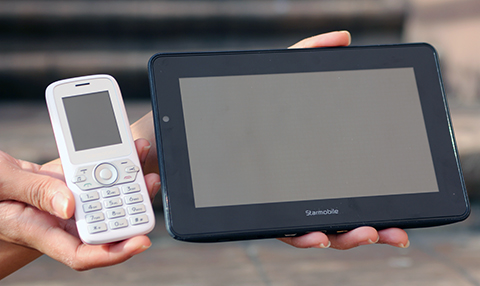 This 7-inch Android slate looks to put up a good fight against other affordable slates in the market. I personally like this tablet’s chances especially with a rock bottom price tag of Php5,990. Lazada is also offering the Starmobile Engage for a slightly higher price but it comes with a free dual-SIM phone which is also from the same manufacturer. The bundle is called â€œduo-liciuosâ€ and is priced at Php6,199.