The Sony A5000 has made its debut in the recently concluded CES 2014. Incidentally, it also marks the end of the NEX era as the company unifies their camera lineup under the Alpha brand.

After unveiling the A3000 and A7/7R last year, almost every shutterbug knew that it’s only going to be a matter of time before Sony axes its NEX portfolio. True enough, the Japanese camera maker announced that all of their upcoming E-Mount mirrorless cameras, including the new A5000, will also be a part of the growing Alpha family. 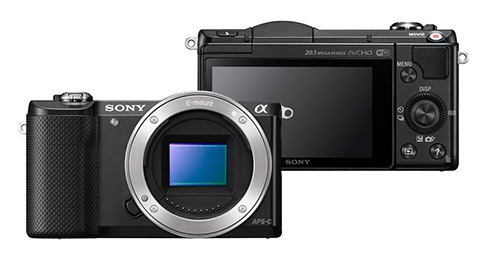 Well enough about the branding hullabaloo, let’s get down to the camera at hand. The A5000 is billed as the “World’s Lightest Mirrorless Camera with Wi-Fi” (talk about specific). It’s got a 20MP APS-C sensor and runs BIONZ X image processor, the same one found at the core of the A7 and A7R.

Just like the other entry-level NEX cameras in the past, the Sony A5000 doesn’t have a Hot Shoe to expand the camera’s capabilities. In exchange, it’s equipped with a built-in flash unit that can be tilted upwards for bouncing the flash off a ceiling (a very low one).