Hacker group Lulzsec Pilipinas has leaked online the Commission on Elections’ website database shortly after it was defaced by Anonymous PH.

Lulzsec Pilipinas announced on their Facebook page that they were able to obtain 340GB worth of data from the commission’s website. The data was then uploaded to the group’s website and made available for the public to download. 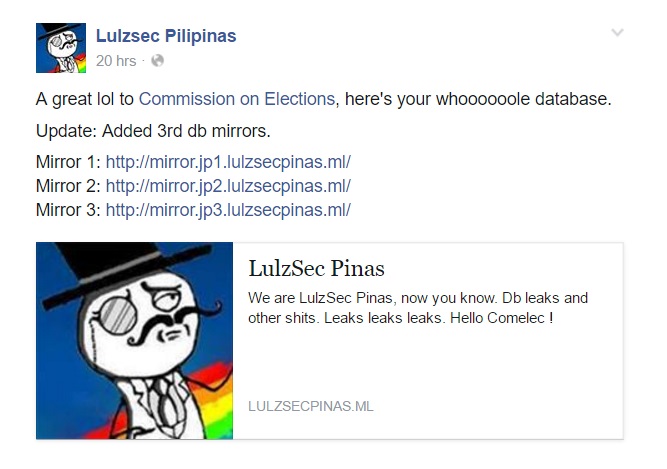 The group also said in a Readme text included in the leaked files that “some of the tables are encrypted by Comelec,” but added that they have the algorithm to decrypt the data.

In their most recent Facebook post, the group also announced that they will also leak the financial accounts of Comelec employees.