Sony is not just unveiling new smartphones today as they have also introduced a portable projector that transforms your wall or table into an interactive touch-screen – the Xperia Touch. 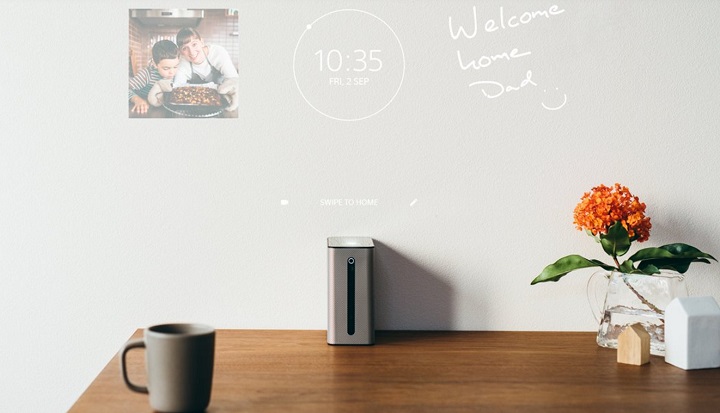 The Xperia Touch is a boxy type of gadget that can turn any flat surface into a 23″ HD 10-point touchscreen (up to 80 inches with automatic calibration), with either horizontal or vertical ultrashort-throw projection, using Sony’s SXRD projection display technology. Users can interact with the projection through a combination of Infrared light and real-time detection via its built-in 13MP camera, at a rate of 60 frames-per-second.

In addition, it sports a proximity sensor for automatic powering on from sleep mode, two-way stereo speakers, USB Type-C and micro HDMI ports. It’s compatible with PlayStation 4 Remote Play, and it will run any app or game downloaded from the Google Play Store.

The Xperia Touch rolls out to Europe via select retailers and the Xperia Store Online in selected countries from Spring 2017, with a suggested retail price of €1,499.