We’re currently at Singapore where Sony introduces a wide array of new high-res audio devices. Among these is the NWZ-A15 which is a handy dedicated music player that carries the classic Walkman branding. Here’s our hands-on experience with it.

First of all, a high-res audio file is a sound format different from MP3 which is the common format for songs today. The reason MP3 is popular is because it’s relatively small in size so it easily sends, streams, and is supported by almost all music players available today. A high-res audio file, like a FLAC file for example, has higher bitrate compared to MP3 and is considered a lossless file – meaning that although compressed, it is able to be fully reconstructed to its original data without loss of quality. With that said, let’s take a look at the Sony A15 that is specially-made to deliver lossless audio.

The Sony A15 and A17 are variants in the A10 series. The only difference from the two is storage space. The A15 has 16GB of internal memory, while the A17 has 64GB of space. The 16GB version A15 will be the one available in the Philippines. 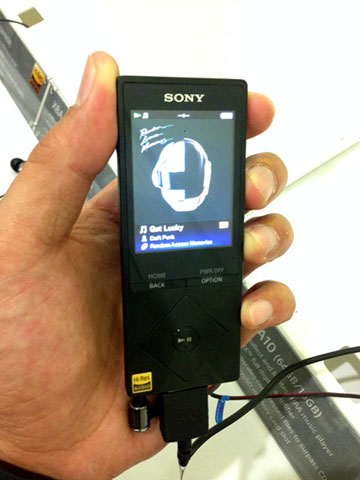 My first encounter with a Walkman device is their cassette tape player (yes, I’m a 90’s kid). From there, Sony has come a long way leading to this slim, remote control-like device. At only 109mm tall, the A15 sits perfectly on the hands for browsing though your songs. Its navigation controls are isolated inside a diamond-shaped design that represents up, down, left, right, with a confirm button at the center. It also has two buttons on its face for Back and Option which doubles as Home and Power Off functions. On its right side, we first have the flap that covers the slot for expandable memory. According to Sony, it could support up to 128GB. Also seen here are the Hold function that locks the buttons so you don’t accidentally press anything as well as the device’s volume rocker. The A-15’s slim form factor makes it possible to slide in and out of the pocket with extreme ease. 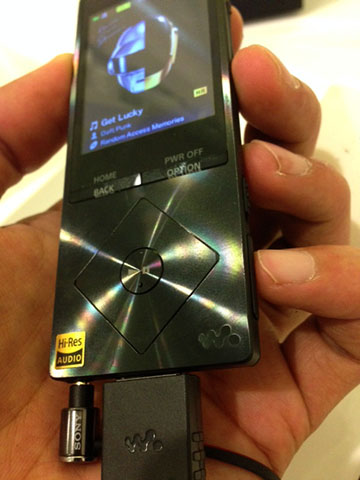 On the bottom right, we can see the classic Walkman logo. It’s nice to see it come a long way from cassette tape players.

According to the engineer of this Walkman device that we had the privilege to interview, the A-10 series of high-res audio player went through a series of upgrades and refinements to achieve high quality and crystal clear music reproduction. We tried playing a couple of FLAC tracks and it delivered exactly what it claims. It provided sound that is distinctive and powerful, without the slight trace of hiss and distortion. 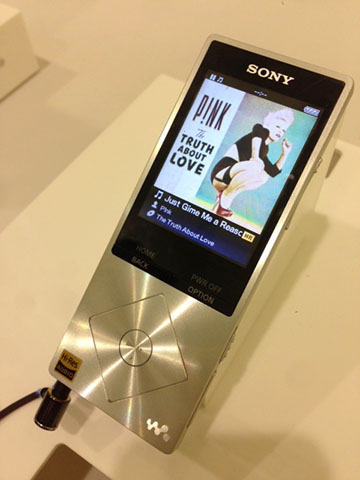 So far, the Sony A-15 is a promising music player that will surely put a smile on both audiophiles and Walkman fans alike. An added feature worth mentioning is upscaling of MP3 tracks to enhance its quality which, unfortunately, we haven’t tried. This is why we’re excited to get our hands on it for review and determine how it fares on a daily usage (with battery performance and all). Stay tuned.