When we reviewed the RoG Swift PG278Q, we regarded it as the best gaming monitor that money can buy. Of course, that is before ASUS decided to up the ante and unveil ROG Swift PG27AQ in this year’s Consumer Electronic Show.

The PG278Q has pretty much laid the foundation for the PG27AQ, so ASUS didn’t actually have to do a lot as far as improving an already pretty decent gaming monitor – apart from maybe addressing some of the missteps on the previous model. 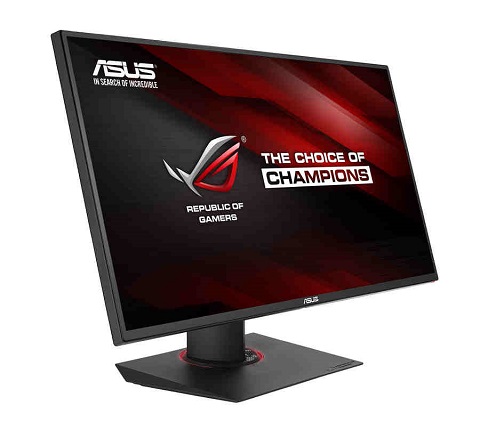 One of those missteps is viewing angle, which ASUS addressed that by equipping the PG27AQ with an IPS panel instead of Twisted Nematic display found on the PG278Q. However, in doing so, it resulted in to a significant drop in the maximum refresh rate from 144Hz to 60Hz. Do note though that the refresh rate drop is not something that ASUS has done, rather a limitation of IPS panels.

While it may lag behind the PG278Q in terms of refresh rate (which honestly is still in the acceptable range), the PG27AQ compensates for it by offering Ultra-HD (3840 x 2160) resolution which is slowly becoming a standard in the PC gaming scene.

Details about its price and availability were not mentioned at the time of writing.