It’s SLEEK. It’s FAST. And it is, in our opinion, the best gaming monitor money can buy right now. Head past the break to see why we’re so impressed with this gaming monitor from ASUS called the RoG Swift PG278Q.

The RoG Swift PG278Q was quite the head turner when it first made its debut in this year Consumer Electronics Show, and for a good reason. To begin with, this is the first (and currently the only) 27-inch monitor with WQHD screen resolution, a top refresh rate of 144Hz and support for NVidia G-Sync Technology (more about this later) to boot. 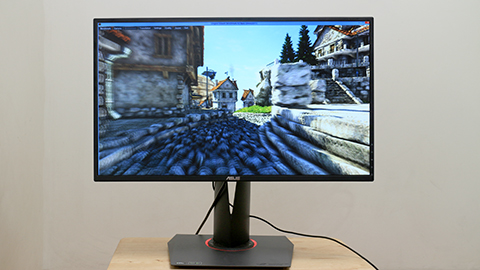 Surprisingly, this is just the tip of the iceberg. This gaming monitor is peppered with other features that will surely please PC enthusiasts and hard core gamers.

Unlike other manufacturers who like to go over the top in designing their flagship monitors, ASUS went for a clean and no-frill construction on the Swift PG278Q. The components are where it’s supposed to be and the crucial parts (neck, base and hinges) look and feel very durable and well-thought-out.

The screen is held in place by a robust, multi-directional hinge at the back that allows the display to be tilted and pivoted. The hinge is connected to a sturdy neck which allows users to adjust the height, as well as the swivel the monitor up to 60 degrees.

The neck terminates to a wide and sturdy base with a hexagonal base that doesn’t budge an inch even when we’re making adjustments to the monitor. There’s a red ring where the neck and base meets, which comprises of eight (8) LED lights that adds a hint of swag to the gaming monitor Round the back you’ll find four buttons and a 5-way joystick to control the OSD menus and a number of generously-sized air vents to keep things cool even under load. You’ll also find a hole on the neck for cable management and an ROG emblem at the top.

It’s impossible to truly appreciate the Swift PG278Q without even having a little understanding of what NVidia G-SYNC is.

By now, most of you already have an idea of what G-Sync is, how it works and how revolutionary the technology is in terms of improving the gameplay. But for the benefits of those who haven’t touch up on this kick-ass feature, here’s a link that you can go to get your feet wet about this awesome technology.

Now, if none of the videos or any related materials found on the link above made any sense to you (or you just don’t have the time to go through all of them), what G-SYNC basically does is that it optimize the communication between the graphics card and the connected monitor that supports such technology.

This in turn minimizes, if not totally eliminates, screen tearing primarily caused by fluctuating frame rates during gameplay which, sometimes, doesn’t play nice with the refresh rate of the monitor. This results to a smoother gameplay provided that (1) you have the right hardware that supports it, (2) you’re willing to spend extra dough for it, and (3) you can live with the limitations that come with it (more in this later).

As beneficial as the NVidia G-SYNC technology sounds, it’s far from perfect. The technology itself is actually not the problem, rather the limited number of supported hardware components that are required in order for it to work as advertised. In the case of the PG278Q (or other G-SYNC monitors for that matter), ASUS has to make do with a Twisted Nematic (TN) panel which, as some of you may know, isn’t exactly the best-in-class in terms of viewing angles, color reproduction and brightness.

Luckily, the inferiorities usually associated with TN panels aren’t that pronounced on the Swift PG278Q. It does, however, exhibit a hint of color tint on the top and bottom portions of the screen, particularly when tilted downwards/upwards. The viewing angles can become an issue especially if you’re not viewing the screen straight on.

Color reproduction and Contrast are decent, but nothing really outstanding that would wow professionals who work on color-sensitive projects. The same can be said for the way the monitor handles different levels of Black; it’s good enough that we were able to comfortably use the monitor in almost any lightning situation, but still not at par with VA panels. 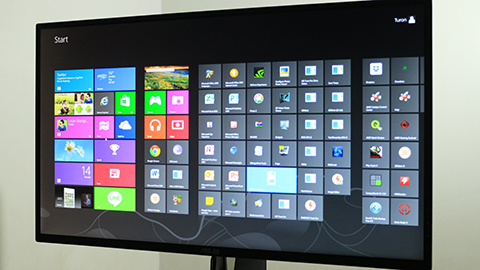 The display, which is rated at 350 cd/m2, was also surprisingly bright for a TN panel, provided of course you don’t enable the Ultra-Low Motion Blur (ULMB) feature which significantly reduces the overall brightness.

Despite of the aforementioned shortcomings that TN has, it is still the preferred panel for gaming monitors because of two things; faster Response Time and higher Refresh Rate. In the case of the PG278Q, the Response Time is rated at 1ms and the Refresh Rate can go as high as 144Hz which, when combined with G-SYNC, results to a truly immersive gaming experience.

The Swift PG278Q’s fast response time and high refresh rate also open a lot of doors for other features to be added to its arsenal, such as support for 3D Vision and Ultra-Low Motion Blur (ULMB).

We said it once and we’ll say it again; the ASUS RoG Swift PG278Q is the best gaming monitor in the market. It’s the perfect marriage between outstanding design and innovative display technology, one that will truly complement your high-end gaming rig. 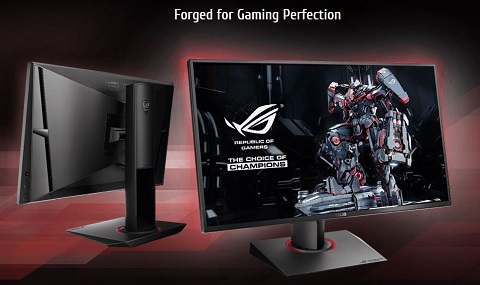 The Swift PG278Q hits all the right notes when it comes down to the things that really matters for immersive gaming experience. It’s got a crisp 27-inch display with a WQHD native resolution (a combination you don’t typically see, but works really great), thin bezels and fast refresh rate and response time that tops at 144Hz and 1ms respectively.

Furthermore, the monitor is equipped with extra gaming-related features such as on-the-fly refresh rate adjustment through a dedicated Refresh Rate Turbo Key, crosshair and timer overlays via ASUS GamePlus Technology, as well as no-frill OSD menu complete with a 5-way joystick for easy customization.

But what really sets this monitor apart from other “gaming” monitor is the addition of NVidia G-SYNC to its feature set. It’s one of those things that don’t sound much on paper, but once you experienced it firsthand, you may have a difficulty switching back to a non-GSYNC monitor again.

* Premium price tag ($799 or Php45,000)
* Viewing angles are not that great
* Color reproduction and Contrast is good, but not at par with other panels
* Only has one (1) video port
* G-SYNC is only limited to NVidia Graphics cards (sorry AMD users)
* G-SYNC requires newer NVidia GPU (GTX 650 Ti and up)