Early this month, Huawei launched in the Philippines one of its latest products, the MateView GT. It’s a curved gaming monitor with a 34-inch WQHD screen, 165Hz refresh rate, and a soundbar with RGB lighting. Check out our initial thoughts below. 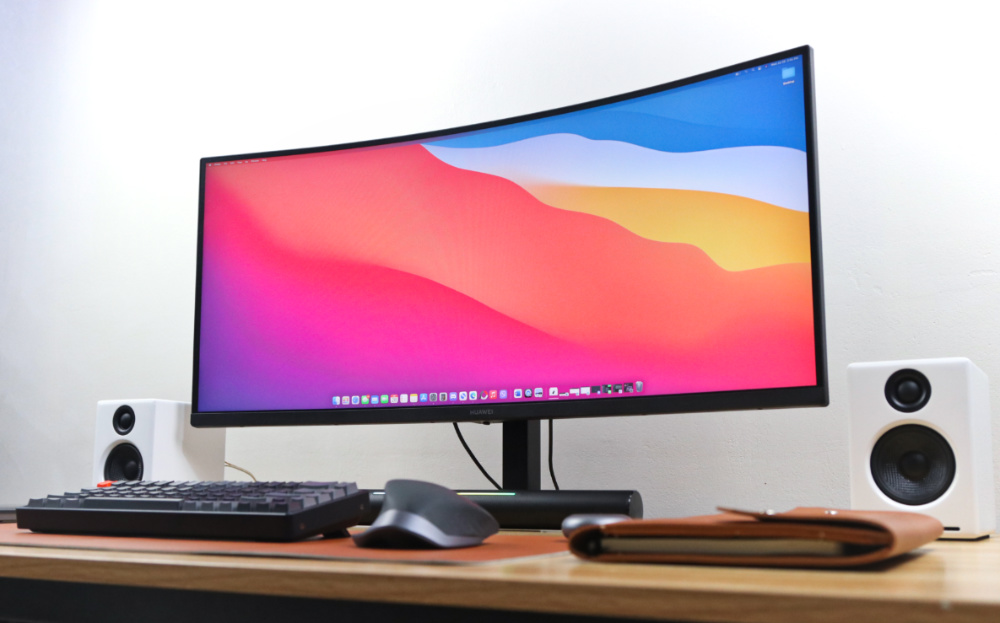 The Huawei MateView GT sports a 34-inch screen with a resolution of 3440 x 1440 or equal to 109ppi, which is good for a monitor of this size. It has slim bezels but with a slightly thicker bottom. 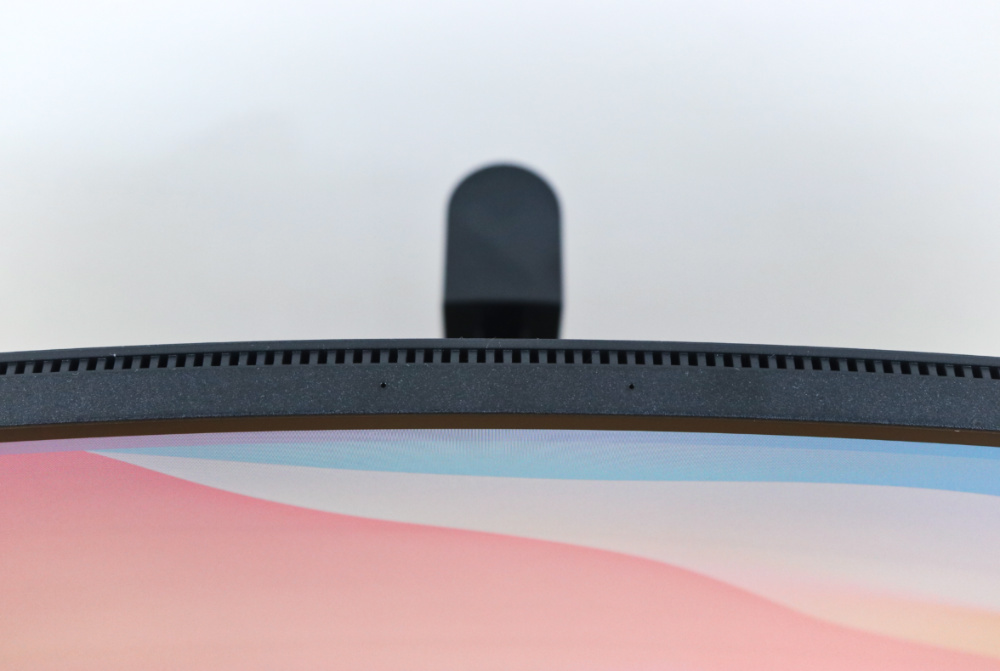 Found at the top of the monitor is the dual-mic system that is capable of picking up your voice from up to 4 meters away in full 360-degrees. It also features Echo Cancellation, Background Noise Cancellation, and Automatic Short-distance Enhanced Control. But if you don’t want to use it, you can turn it off in the menu. 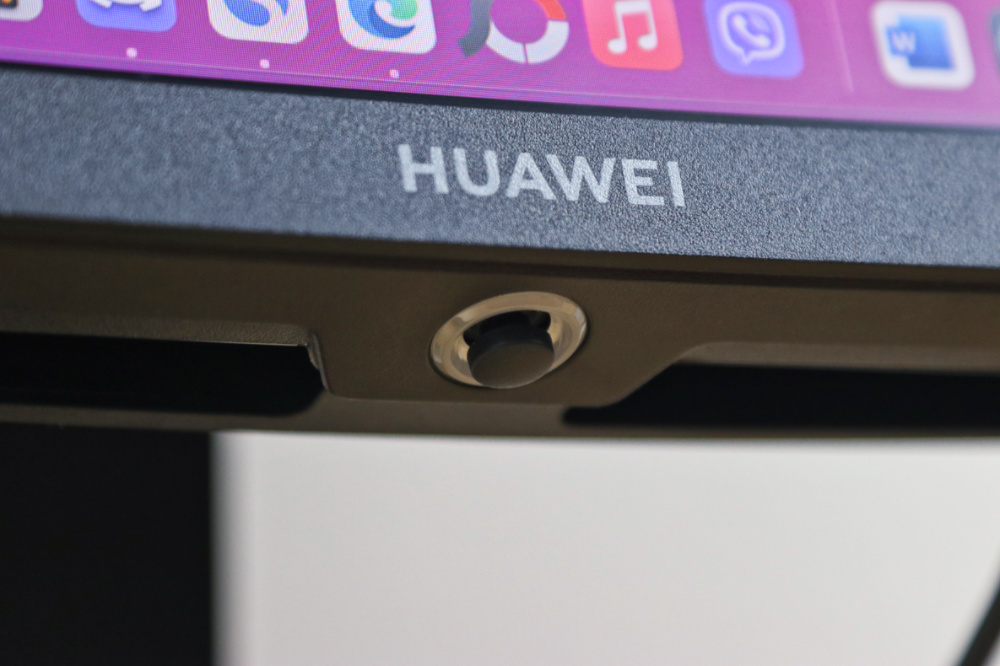 Down below is the directional button for navigating the menu. 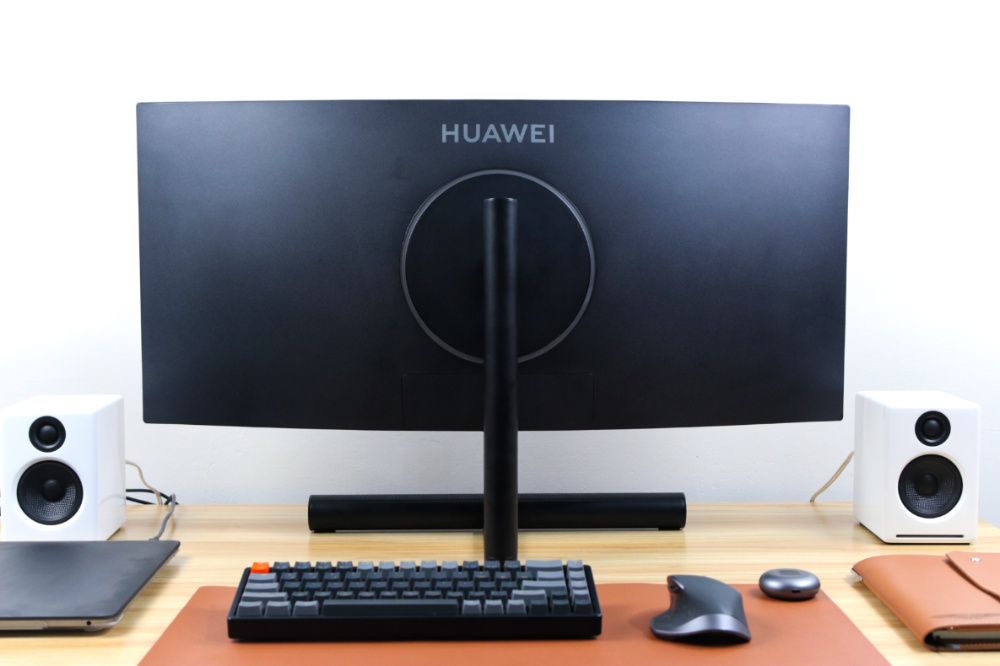 Turn it on its back and you will see the Huawei logo and the provision for the stand. If you noticed, there’s this silver frosted ring in the middle. Unfortunately, it’s just a plain plastic ring with no LED. It would have been nice, though, if it had one. 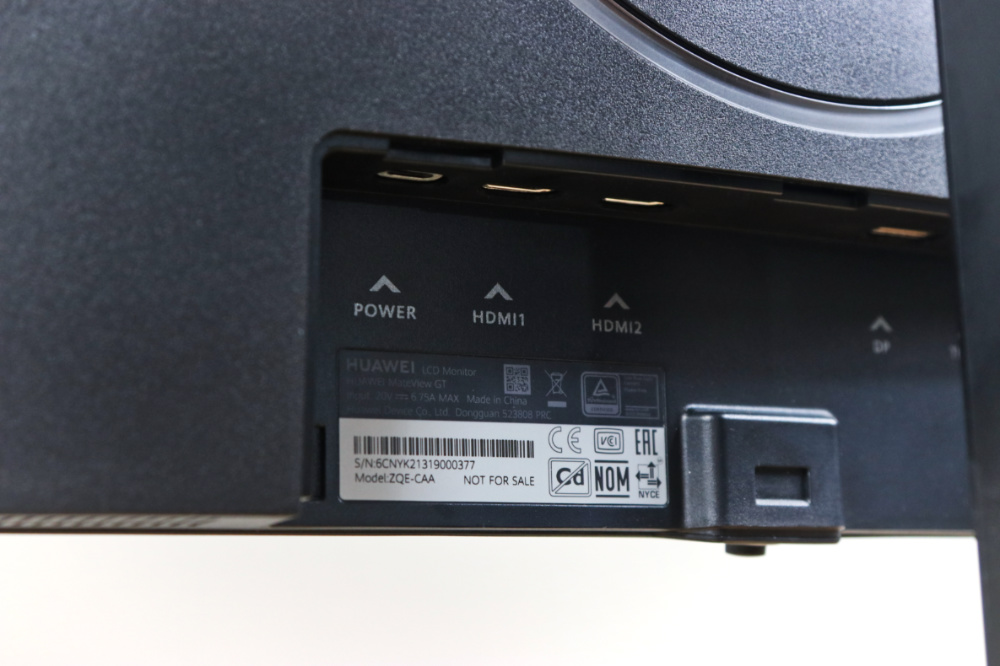 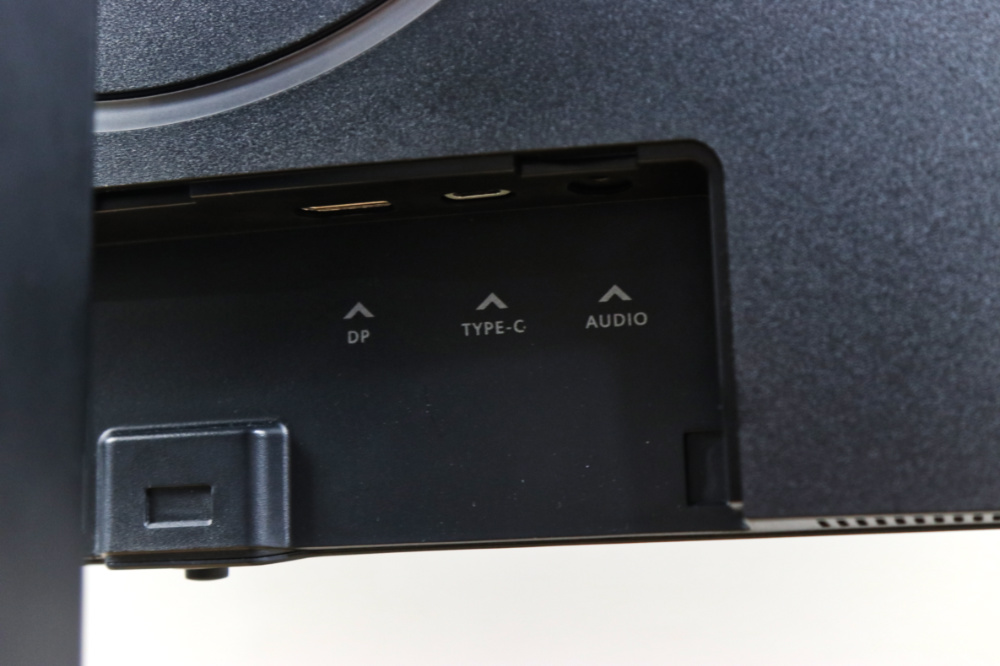 Remove the back panel and you will have better access to the ports which include a USB-C power port, two HDMI 2.0, DP, USB-C, and a 3.5mm audio jack. 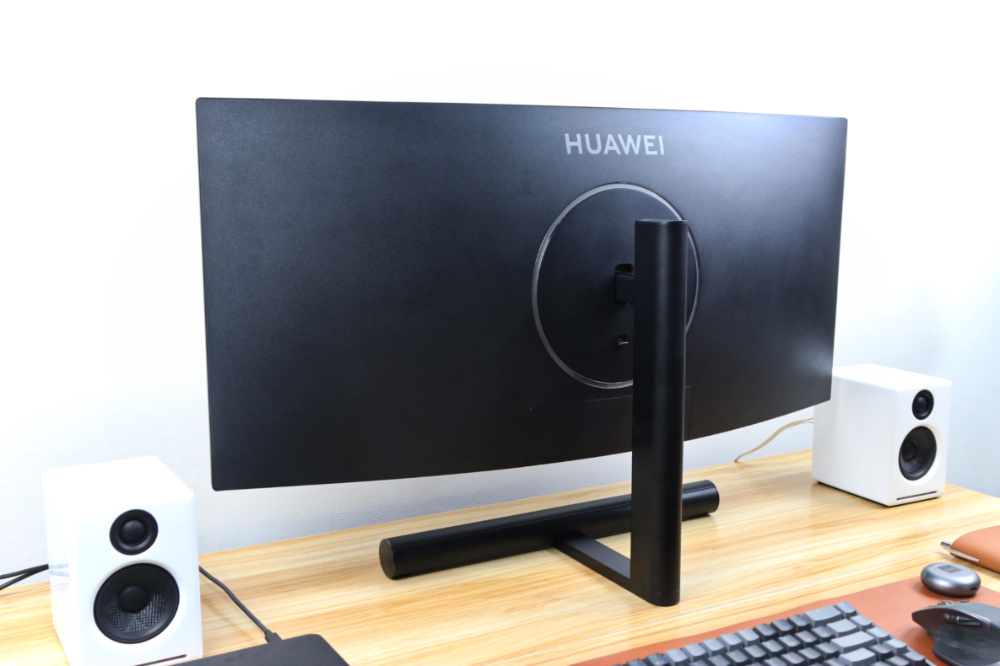 As you noticed, the MateView GT attaches to a stand. It’s easy to install as all you need is to slide and clip it in. Although let me tell you that this thing is solid metal, meaning it’s heavy so be careful. If you have no plans of using the stand, it supports VESA wall mounts (100 x 100 mm). 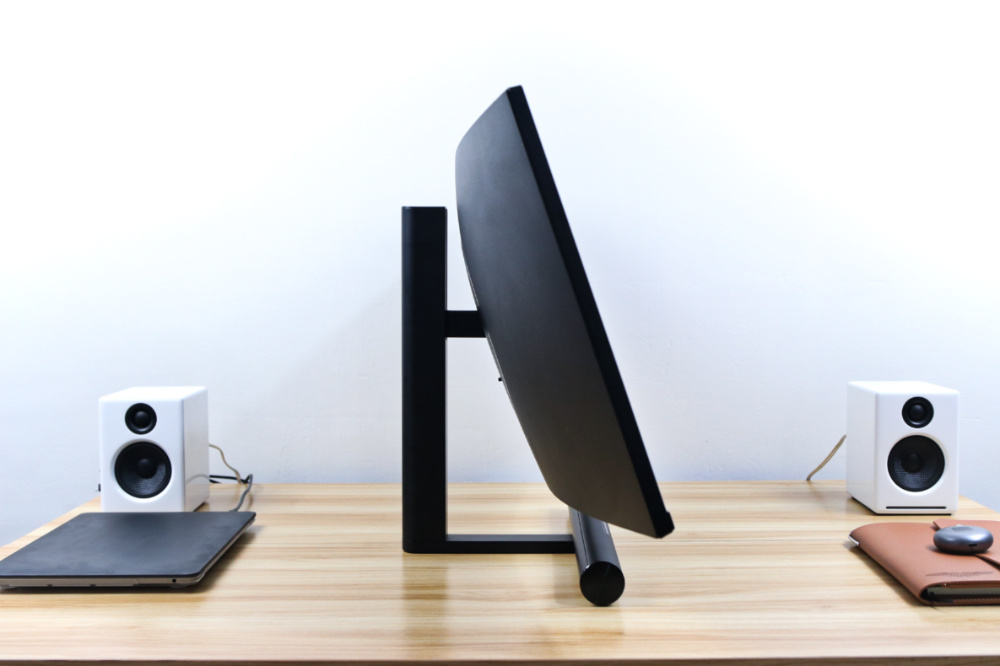 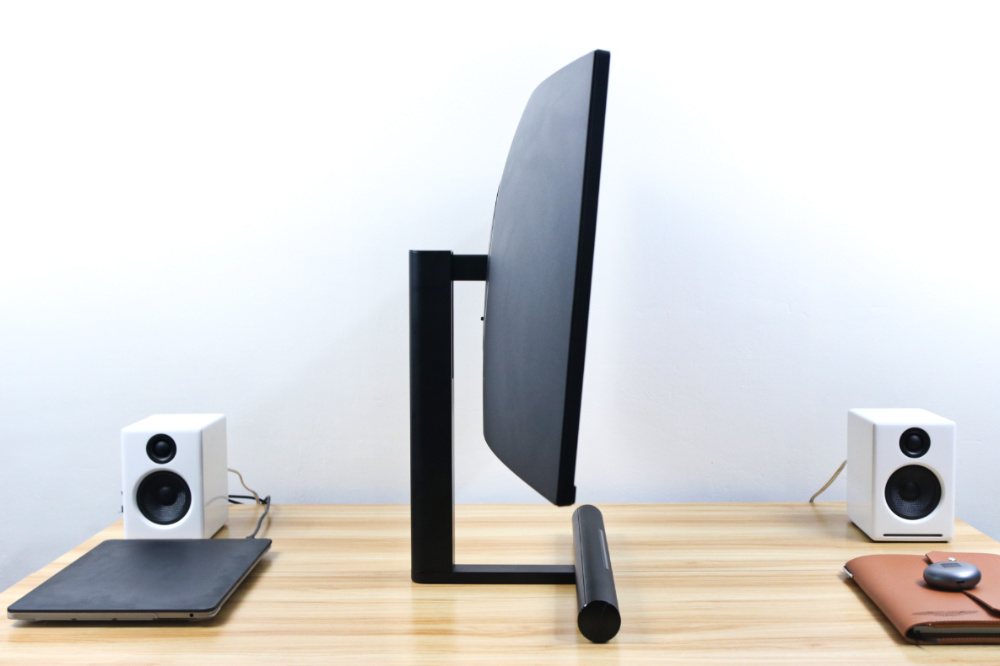 The stand allows the display to be elevated up to 110m and pitched to an angle of up to 5 degrees forwards and 20 degrees back. There’s no swivel and anything to help organize the cables. 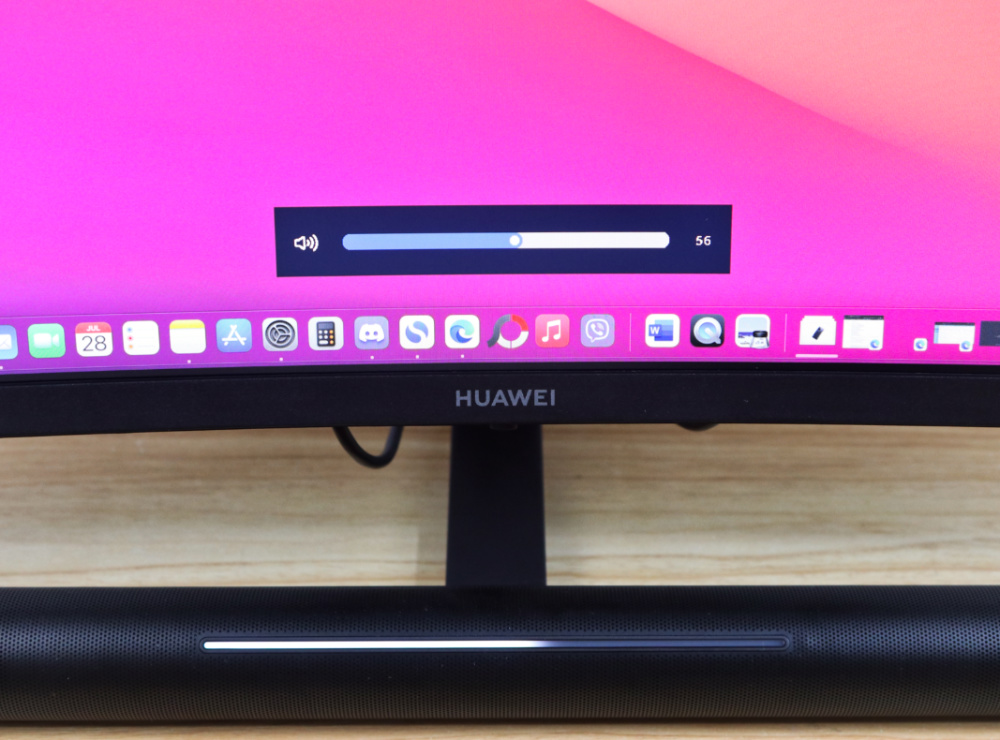 One of the main features of the MateView GT is the 5W stereo soundbar built into the stand. It has an RGB strip in the middle that is also touch-sensitive. If you need to adjust the volume, just swipe left or right on that strip. It also features multiple sound modes: Standard, Music, Movie, Game, and Call. 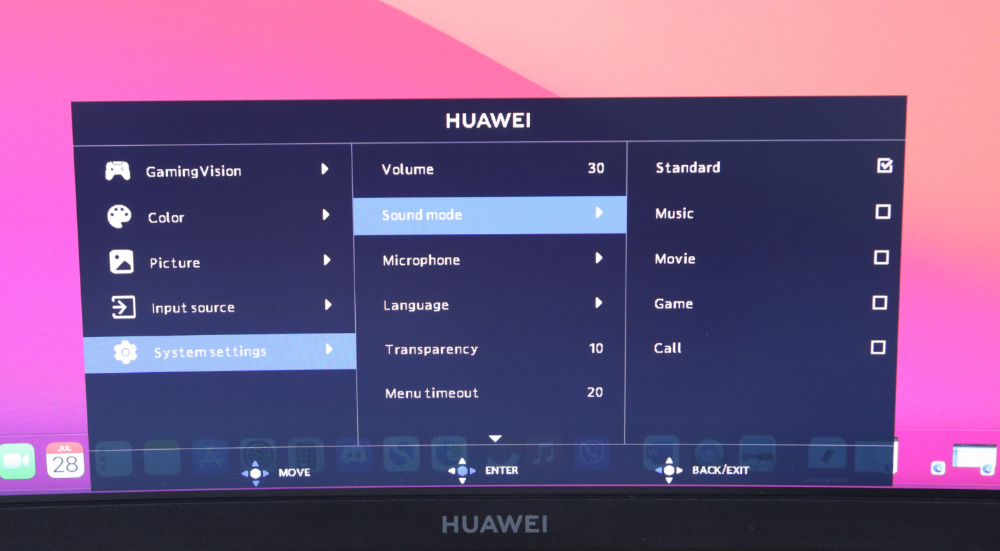 The sound quality is decent for a soundbar of this size. It’s got crisp mids and highs, which is great for casual listening or when attending online meetings. There’s bass as well but not as powerful as we’d like. It can get really loud, though, and most of the time we’ve only set the volume to 50-60%. It’s not that impressive, but it’s definitely better than most monitors with built-in speakers. 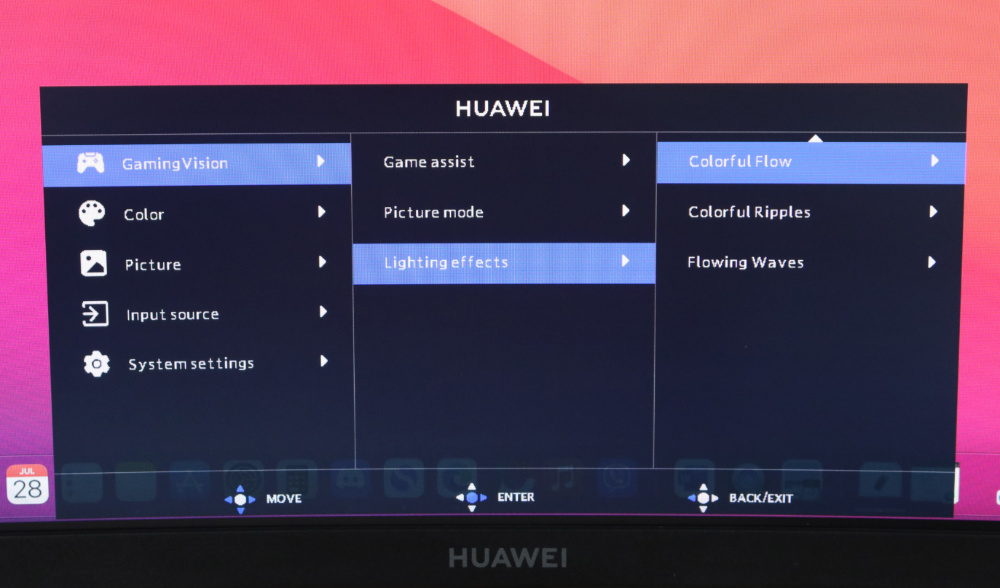 For the RGB, it supports 8 light effects: Static, Breathing, Colorful, Flowing Waves, Ripple Waves, Single Waves, Colorful Ripples, Colorful Flow. There’s no music visualizer, though, which I think would make things cooler. You can further tweak the behavior of the effects by accessing the menu. 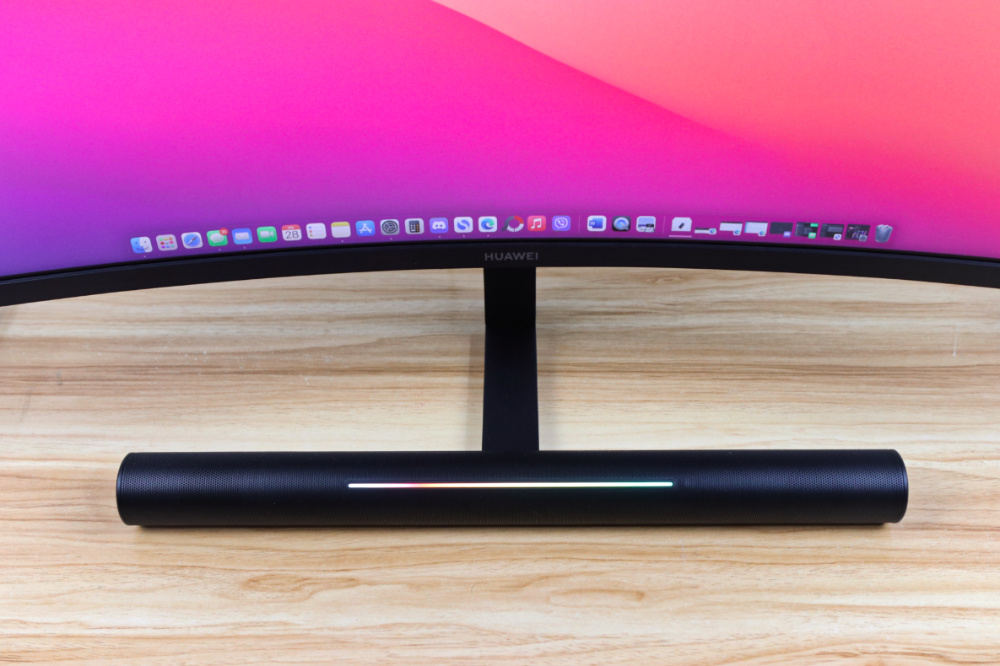 RGB lighting on a monitor is cool, especially if you want to add more RGB to your current setup. However, after some time, the lighting effect on the soundbar start to become more distracting, so we turned it off eventually. It would have been nicer if Huawei installed the lights behind the monitor in the ring for ambient backlighting. 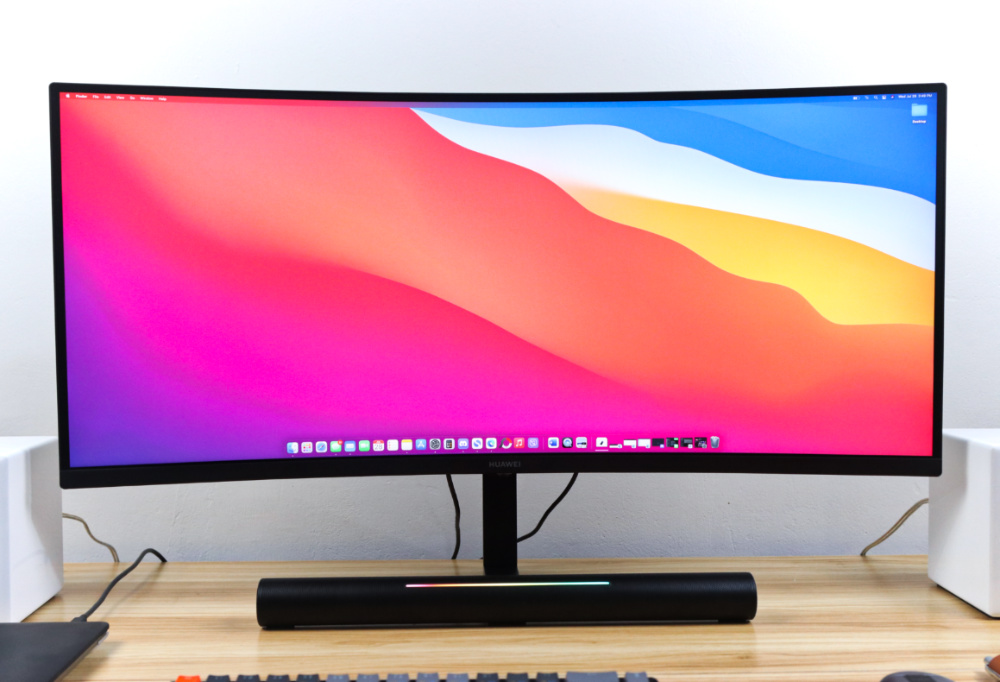 Going back to the screen, the MateView GT uses a VA panel with 90% DCI-P3 color gamut or 100% sRGB, supports 1.07 billion colors, has HDR support, and is capable of producing up to 350 nits of brightness. So far, we like the image quality as it has a good resolution for its size, the colors are accurate, and has nice contrast. You will notice some slight dimming when you view the screen from a wider angle, like when you’re away from the keyboard, but it’s not an issue once you sit in front of it. The 1500R curvature is enough to keep the sides at their optimum viewing angle. 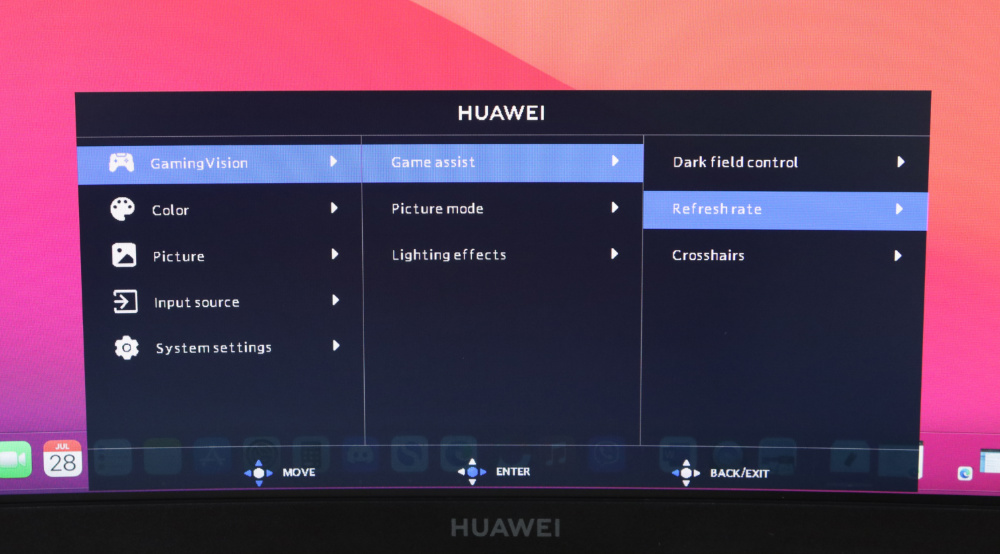 As for the refresh rate, the MateView GT tops at 165Hz, which is great for most games. The response time, though, is at 4ms, which is good enough for casual gaming, but not so for pro gaming. Dive into the menu, and you will see some gaming features like Darkfield control, refresh rate display, and crosshairs. 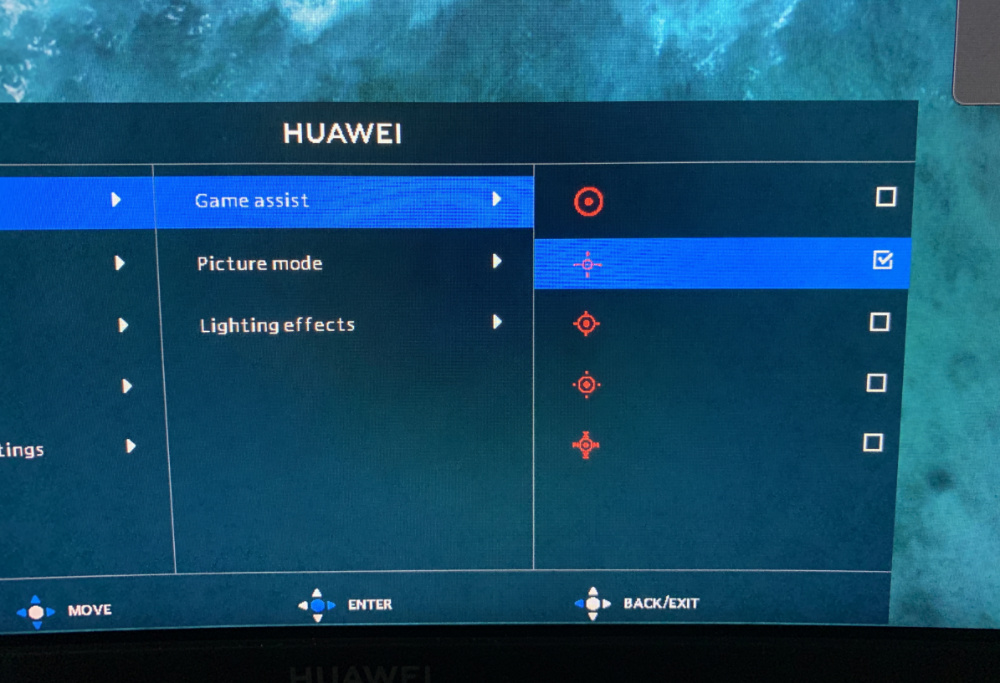 The widescreen with a 21:9 aspect ratio is really immersive. It’s also great for handling Google Sheets and multiple windows. When watching videos, some appear with black borders on the side, which is what we experience when streaming on YouTube. Netflix and downloaded videos were able to utilize the whole screen, though, which is nice. 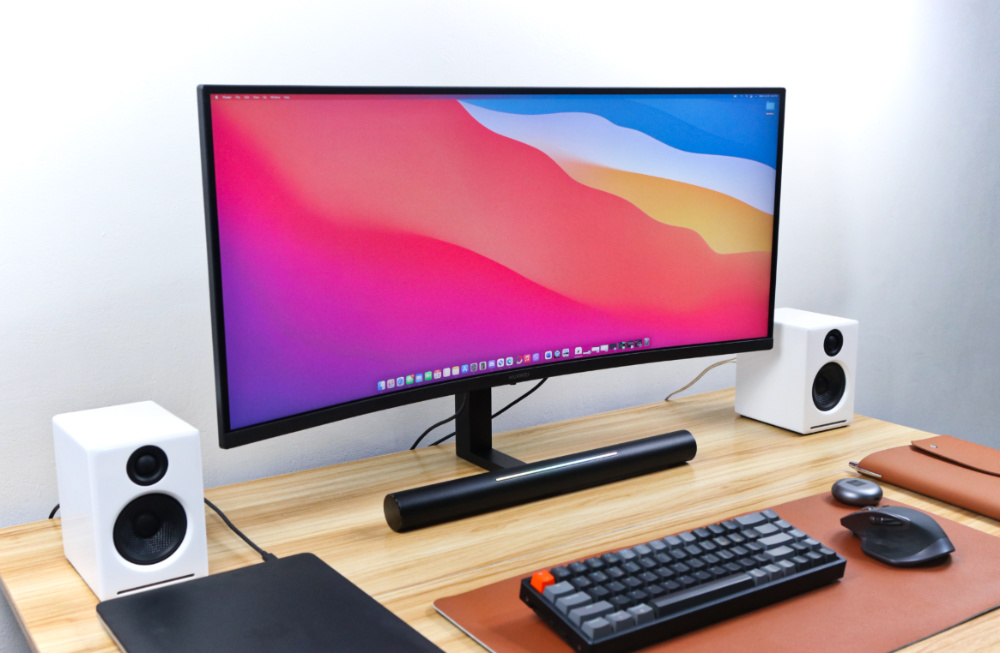 Overall, we like the MateView GT thanks to its widescreen, accurate colors, and a decent resolution. Casual gamers will appreciate the 165Hz refresh rate, 4ms response time, and some gaming features built-in. What made it stand out is the inclusion of the microphone and soundbar with RGB strip, although we think that Huawei can improve on it. Maybe we’ll see it in the next generation.

The Huawei MateView GT is priced at PHP 28,999 and is available for purchase at the official Huawei Philippines website.