Noontec Cube A9 turns your TV to an Android Smart TV

Noontec Cube A9 turns your TV to an Android Smart TV

We’ve seen the likes of Sony, LG and Samsung promoting expensive Smart TVs since last year. But current prices of majority of Smart TVs in the market are over Php50k, even going as high as Php300k in larger models. A cheaper alternative if you already own a TV is to get a set top box running Android to hook up to your HDTV.

If you’re familiar with the LogiTech Revue, the Noontec Cube A9 is basically the same concept. We’ve feature several Noontec HD Media players here before and the design is almost the same except for the installed operating system. The Noontec Cube A9 is an Android box that’s powered by a 1.2GHz Rockchip processor with 512MB RAM and 2GB ROM running Android 2.3 Gingerbread. You have access to thousands of apps since Google Market is already pre-installed.

You can hook it up to an external display or TV via RCA or HDMI cable. It also has a built-in WiFi modem so once you’re connected to the wireless LAN, you’re all set to watch YouTube or other streaming apps.

The Cube A9 can output 1080p full HD videos using popular formats (AVI, MKV, MP4, etc) and you can even plug it to an external HDD to store files or download torrents. 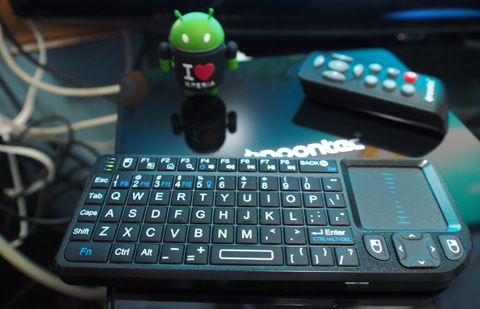 It’s a pretty interesting box although I’m hoping they could come out with an ICS update in the future. I’m not sure when this will be available but I remember the folks from Noontec Philippines told me the price would be under Php8k. Updated: Exact retail price of the Noontec Cube A9 is Php6,900.

Note: You can also get additional accessories on top of the basic ones included in the box (the Cube A9, Wireless Remote, Cables, etc.). To use a physical keyboard instead of the virtual keyboard on the screen, there’s a compatible Wireless Keyboard & Mic (Php4,600) or if you want to do some video conferencing, you can also get a compatible USB Camera (Php1,750).