With all the smartphones and gadgets that exist in peoples’ pockets and bags nowadays, an argument can be made that one particular accessory is ubiquitous nowadays — of course, I’m referring to power banks. I’m sure many of you have the same experience, but I’ve personally owned several of them over the last few years. But when ASUS sent us the new ZenPower Pro PD, it had a different vibe to it.

On paper, it’s promising. 13,600mAh, and a very simple selection of a USB-A and USB-C port. The latter of which supports two-way charging and both ports can be used to charge two devices simultaneously. The “PD” in the name obviously stands for “power delivery”. Smartphone, tablet, Nintendo Switch, even my laptop — all can be fast charged by this little thing. 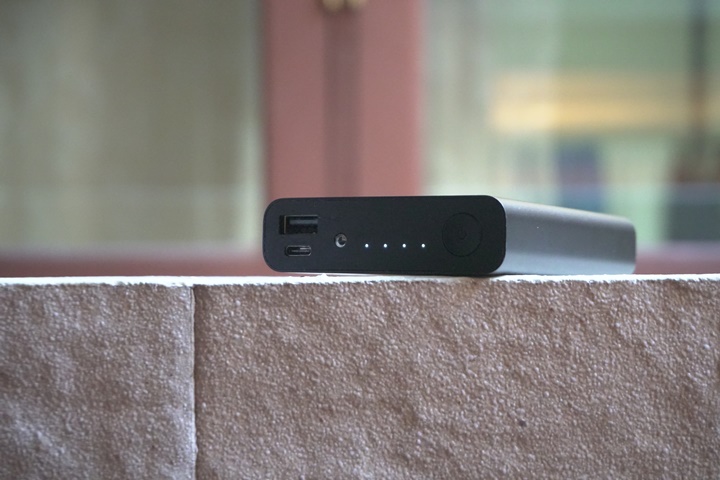 And speaking of little, let’s talk about the design. ASUS takes pride in it being the world’s lightest and smallest power bank with Power Delivery 3.0, and it doesn’t disappoint. Sure, I’ve had small power banks in the past, but what I like most about its shape is how thin it is.

It’s also always a plus to have a built-in flashlight. ASUS even boasts that it can shine for 5 days straight… If you’re into that sort of thing. 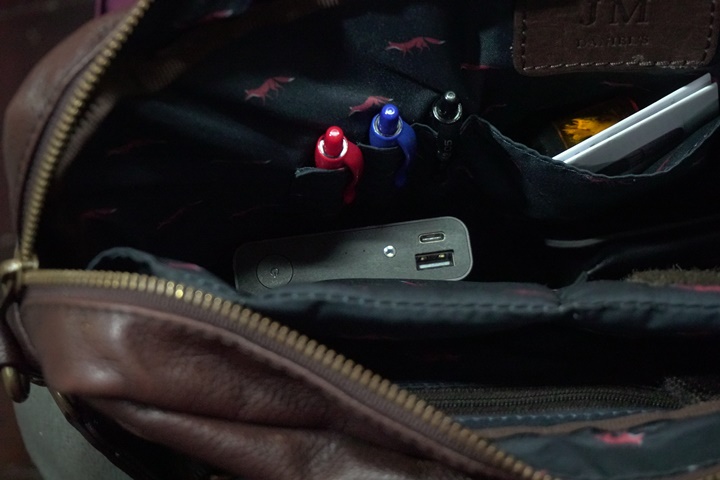 Doesn’t add a lot of bulk to my briefcase.

For my everyday carry, I bring around a leather laptop briefcase that I like to keep as thin and flat as possible. Power banks I’ve owned before such as the Anker PowerCore 10000 are also tiny, but not as thin and powerful as the ZenPower Pro PD.

Now that it’s been mentioned, let’s take a look at its actual purpose, supplying power. A capacity of 13,600mAh means you can charge your phone quite a few times, depending on your phone’s own capacity. 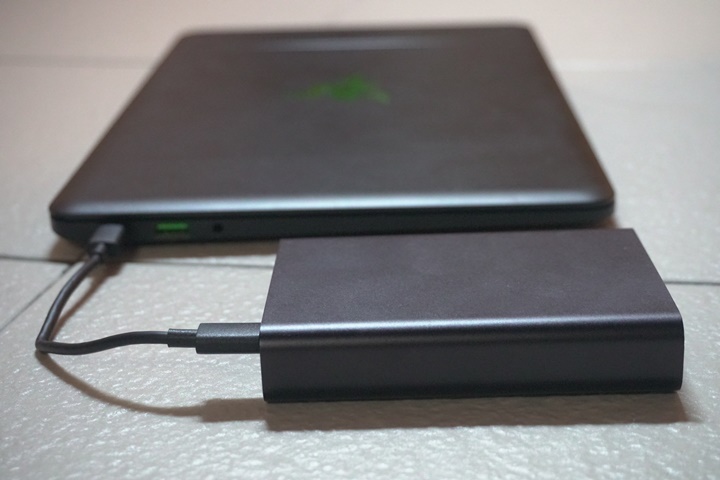 A maximum output of 45W allows it to charge certain laptops that are compatible with Power Delivery, such as ASUS’ own Zenbook 3, ROG Zephyrus S, or an Apple MacBook. There are even some barrel plugs included in the box.

In my case, I use a Razer Blade Stealth. In 30 minutes, the ZenPower Pro PD was able to give my laptop 34% more juice. This is invaluable, as working on the go means power outlets can be scarce, especially if you’re on a plane.

Being able to charge my laptop with the ZenPower Pro PD is great and all, but it’s not perfect. For one, it only works with the very short USB-C to USB-C cable included in the box. Second, it only works when the laptop is either off or asleep, lid closed. We also tested this with a MacBook Pro, with the same results. 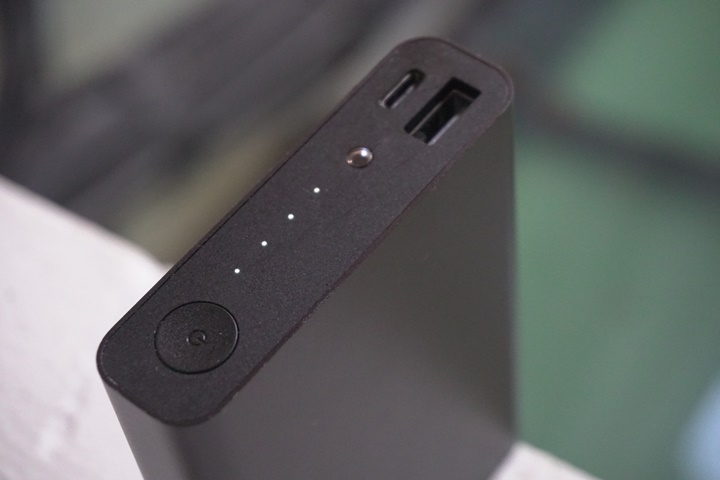 While I do enjoy the design more than any other power bank I’ve owned, the edges of the aluminum chassis have more of a razor edge than my Razer Blade. It’s not that I cut myself or anything, but the risk is there, however small.

From a functionality perspective, I hate the fact that the button has to be pressed twice before it begins delivering power to your device. It’s a function that feels dated.

A must-have, especially for (some) laptop users

I can’t really say I recommend the ZenPower Pro PD over any other sub-20,000mAh Power Delivery capable unit on the market if you’re someone who’s just looking for a power bank for your smartphone. It is, however, great for those that own a laptop that supports 45W input. Aside from the charging aspect, the ZenPower Pro PD’s overall design does not disappoint.