Like the Pro, the Ultra also boasts of two USB outputs and an LED flashlight, but the similarities end there. Both of its USB ports offer QuickCharge 2.0, which would be helpful for devices supporting the fast-charge technology platform. 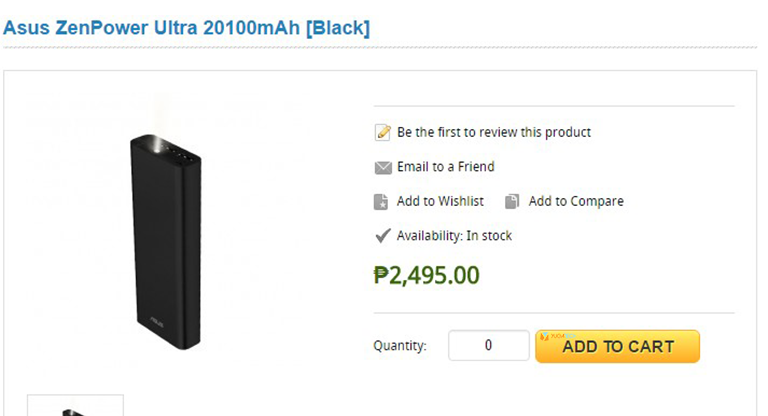 It was not announced during the Zenvolution earlier today, but we’ve seen local store Game One selling them both in stores and online for Php2,495. A few YugaTech readers also tipped us of the large powerbank from the Taiwanese tech brand being sold at other retailers at around the same price as well.

If you want to know how this works, you can read our hands-on here.

any news about the ZenPower na merong wall adapter built in?