Watches have come a long way from being just a time-telling accessory. It has taken many forms and has been equipped with various functionalities to stay relevant in the digital world. But instead of following the current “SmartWatch” trend, watch manufacturer Mr. Jones has taken a different step with the Average Days. 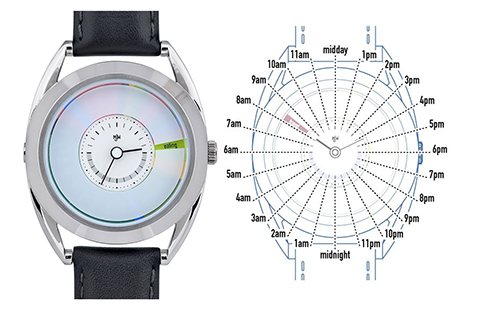 For starters, Average Days gives you a 24-hour view which is rather unconventional for an analog timepiece. But what really makes this watch special is that besides telling the time, it also gives you an idea of how much time an average person spends on a particular activity on a specific time of the day. Hence, the name Average Days.

Now if you think that the Mr. Jones just came up with some random minutes/hours for the Average Days, they didn’t. They actually got the data from the Centre for Time Use Research who surveyed people on how much time they typically spend on different tasks all throughout the day.

This limited edition timepiece (only 100 of which is made) is sold for USD200 a pop. That comes with a year’s worth of warranty and will come in fancy packaging which “features specially commissioned artwork by illustrator Fanny Shorter.”

So what do you think about this watch? Is it worth the asking price? Hit the comments below and let us know.