Apple has just made official its new and more affordable 8GB iPhone 5C to cater even to the price-sensitive individuals in hopes to ramp up its already-flourishing sales; but with its pre-installed apps, the available storage for users to use clocks in only at less than 5GB. 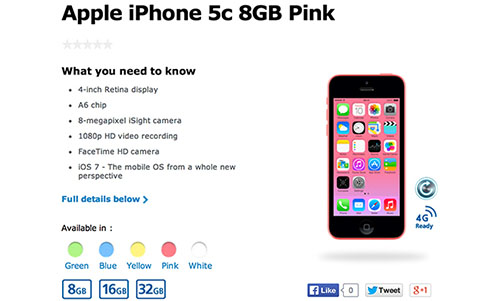 Apple Insider reports that because of iPhone 5C’s newly-free Garage Band, iMovie, iPhoto, and iWork apps altogether weighs in at nearly 3GB already and all the storage left drops to around 4.9GB.

It’s not all that bad considering that no one really maximizes internal storages as the company claims it. For example if your smartphone has a large 32GB capacity, you couldn’t really store 32GB worth of photos and videos – the 32GB basically is the overall storage capacity of your phone. Another good example here is Samsung’s Galaxy S4 that claims to have 16GB of internal storage but mainly because of the company’s TouchWiz UI, there’s really just 8.56GB of free memory. Sucks doesn’t it? 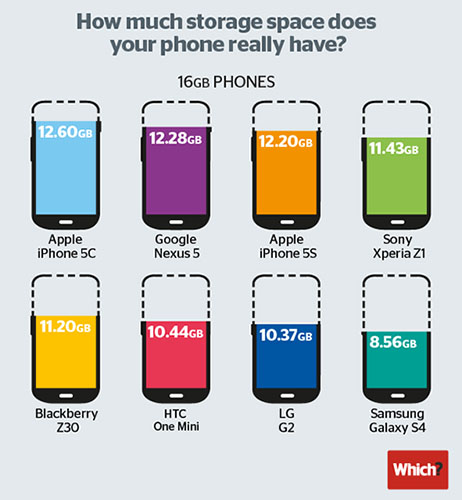 Going back to the 8GB iPhone 5C, losing 3GB for pre-installed apps is pretty small compared to other smartphones (the 16GB iPhone 5C even ranked first in the chart above). It’s just that 8GB, to begin with, is already easy to use up. Keep in mind, though, that Apple gives its users access to free iCloud services so they can backup and store media and apps on it; but of course having a spacious local storage is still preferred.

The 8GB iPhone 5C, as reported yesterday, would probably cost around Php25,000 when it gets here. We hope that the points raised will help you decide if you’re considering on getting the most affordable iPhone 5C.