Apple has recently released the latest iteration of their mobile operating system which brings a handful of new features, including CarPlay, to supported devices which will be receiving the update. 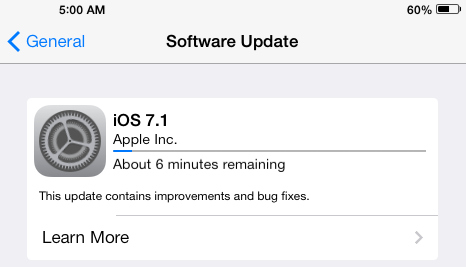 iOS 7.1 is the first major update since the Cupertino-based firm opened a new chapter on their mobile OS back in September.

As mentioned earlier, the firmware update will bring of tons new features to your Apple device, as well as the SSL/TSL security patch which we reported earlier. Here’s the changelog of what iOS 7.1 brings to the table. The latest version of iOS is available for iPhone 4 and later, as well as iPad 2 and above. In case you weren’t automatically prompted about the update, you can manually check for update by going to Settings -> General and select Software Update.