The company announces the availability of the COGITO POP that brings notifications from your smartphone straight to your wrist. They boast that this connected device isn’t your ordinary smart watch since it fuses functionality with its stylish designs.

Cogito (Latin for “I think”) aims to merge 21st century technology with the classic look of watches. According to Henri-Nicholas Olivier, they believe that a watch should first and foremost be an accessory and not just a mere digital display. Designed in France and engineered in US, the COGITO POP achieves just this with its aesthetics and different variations that will suit the wearer’s personality.

The COGITO POP isn’t all for show. Feature-wise, it has the following capabilities to alert you using LED notifications:

It can also do the following actions: 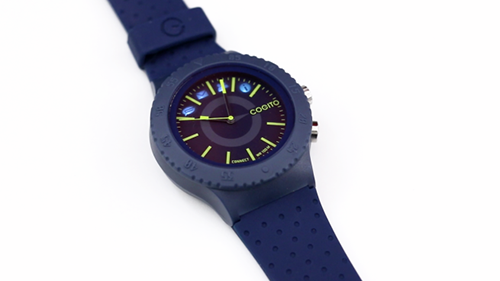 The COGITO POP has a 3-hand Japanese analog movement and is water-resistant up to 10 ATM – meaning it can withstand getting wet during showers, swimming, and even snorkelling. In addition, extra long battery life is promised with its standard cell button battery that is easily replaceable when it runs out.

The device works for both Android and iOS. Users simply need to be running on at least an Android 4.3 and an iOS 7 to pair the POP via Bluetooth.

The COGITO POP is now available here in the Philippines for Php5,500 with one-year warranty and can be purchased over at ava.ph, zalora.com, sistersecrets.com.ph, pormada.com, thinkscape.com, and selected Power Mac stores.