Dude proposes to his girlfriend with 99 iPhones

Dude proposes to his girlfriend with 99 iPhones

Now this is something you don’t see everyday. A man proposes marriage to his girlfriend with 99 iPhone 6’s. Yep, 99! But unfortunately, he learned that this is not the most effective way to convince his girl to tie the knot. 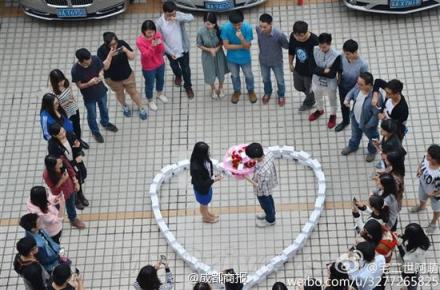 According to a post by The Nanfang and a rough translation of the Chengdu Business Daily’s post on Weibo, a programmer from Guangzhou spent two years-worth of savings to buy 99 iPhone 6 smartphones as a way to propose to his girlfriend on November 11, China’s Singles Day. A 16GB iPhone 6 in China costs RMB 5,288 each. If we’re going to do the Math, that’s a total of around RMB 523,500 (~Php3.8 million). 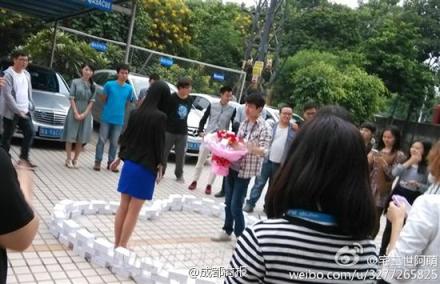 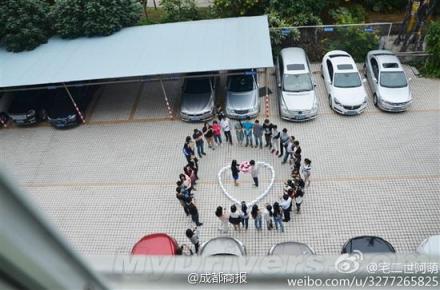 He then arranged the boxes in the shape of a heart and, with a bouquet of flowers, popped the question. Unfortunately, reports are saying that the girl rejected the proposal. (Jay-Z’s 99 Problems starts playing in my head.) As for the exact reason why she said no, we have no idea.

via: CNET, The Nanfang
source: Weibo