It’s finally here! The first official Apple Store in the Philippines has opened in Bonifacio Global City without much noise. This we confirmed after a chance encounter and quick interview with a Marketing Manager overseeing the operations of the store. 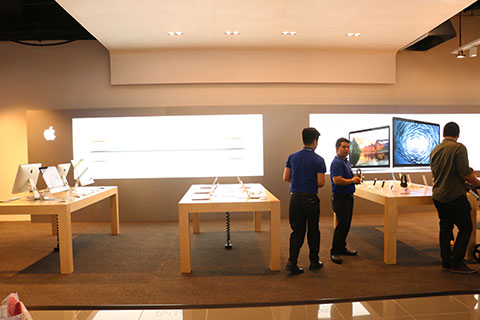 The Apple Store is located inside the newly constructed Abensons BGC which is found in the corner of the 5th and 28th Street.

Construction began last year and was only completed in October of 2014. The store was curated by representatives from Apple headquarters in Cupertino, California (Manila Bulletin fist reported the Apple Store in December 8).

See also  Apple sets up office in the Philippines They spent an estimated Php50 million in the construction of the Store using the same special type of wood they’ve been using for the display tables (perhaps she was referring to the cost of constructing the entire Abensons Store rather than the one for Apple alone).

The first Apple Store in the Philippines is housed and managed by Abensons. A Genius Bar will be manned by Geniuses once they’re done with their training. We first reported on a possible Apple Store Manila back in 2009 as mentioned by design company CB Engineers but was supposed to be housed in the proposed Philippine Stock Exchange in The Fort.

In 2012, a small group was formed to open Apple Philippines office in Manila but they mainly interact with distributors and resellers. 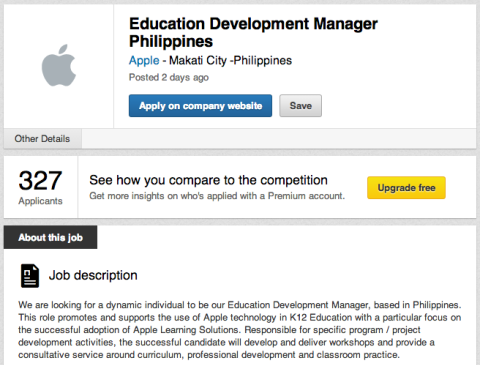 However, the Apple website has no listing of an Apple Retail Store in the Philippines yet.

Updated: We received word that Apple PR is crafting a statement to clarify everything. We will share it once we get the statement.