We’ve seen previous rumors regarding the specs and physical aspects of the upcoming flagship from Apple. There’s even a concept art of what it could look like, but the people from Macitynet compared the latest iPhone 6 physical mock-up with a Samsung Galaxy S5. See how the alleged iPhone 6 is similar (or different) from the Galaxy S5 in terms of physique. 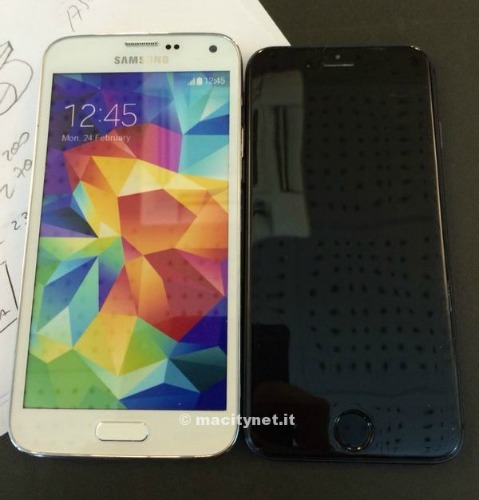 The mock-up is just a little smaller than the 5.1-inch Galaxy S5. It’s not surprising since the iPhone 6 shown here is the 4.7-inch variant and not the bigger 5.5-inch model as rumors previously suggested. Comparing the face with Apple’s previous iPhones, it seems to us that the new flagship is just a stretched iPhone 5S with its same placement of front camera, earpiece, and fingerprint scanner in the middle. 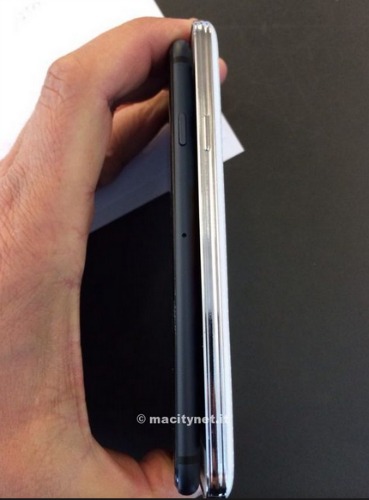 On the side, you’ll notice that both devices are now similar-looking with the iPhone’s power/lock button moved to the right from its original position on top. Also, it is a bit thinner than the Galaxy S5. It is currently at 8.1mm thick so we can estimate the new iPhone to be around the 7mm mark.

There’s also a video below with this same dummy model compared against existing iPhones. So if you’ve held these devices in your hand, you’ll get a good idea as to how the upcoming iPhone would sit on your palm.

Based on this comparison of two flagships, would you prefer the upcoming iPhone’s body over the existing Galaxy S5? You can share those thoughts below.