We arrived in Hamburg yesterday and spent the rest of the afternoon roaming around the city. This city is so busy will all those high-end shops but I found myself hanging out at the Apple Store.

You won’t mistake the real Apple Stores from just the usual resellers –they’re huge and will feature that familiar logo. 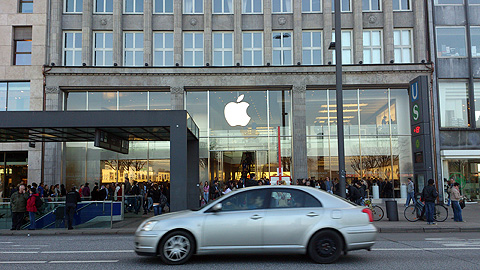 The one I bumped into is found at Jungfernstieg, Hamburg is actually one of two Apple Stores in the city (the other one is at Alstertal-Einkaufszentrum, PoppenbÃ¼ttel) which says a lot about the city and the people here.

This two-storey store is really huge and hundreds of people actually hang out here and even bring their pet dogs. It’s also the only place so far that offers free, open WiFi.