This phone case lets you run Android on your iPhone

This phone case lets you run Android on your iPhone

Nick Lee, the CTO of Tendigi, has now created a case that allows users to do the unthinkable, and that is to run Android on an iPhone. This is also the same man who successfully installed the legendary Windows 95 on an Apple watch. 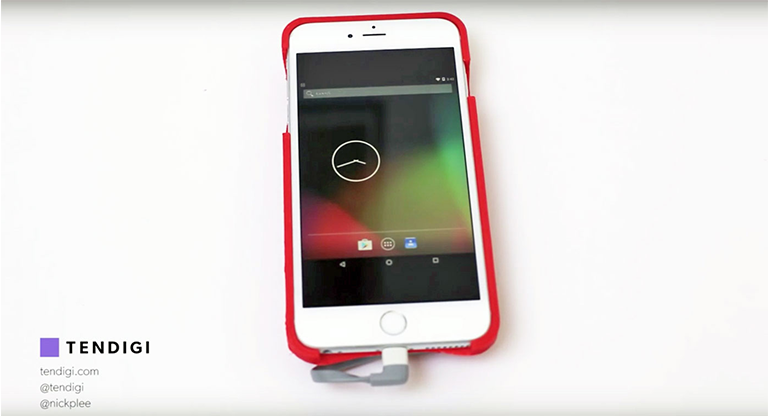 The case plugs into an iPhone’s Lightning port, turning the iPhone into a display and emulating touch events on Android. While the iPhone is able to display the Android operating system, the Android OS itself is powered by the hardware in the case. Check out the video below and see for yourself a full-fledged version of Android running on an iPhone.

This case is obviously conceptual and not practical for real world use, but it’s an interesting take on getting Android to work with an iPhone.