We were able to squeeze in a bit of alone time with GoPro‘s newest and top of the line action camera — the Hero5 Black. It boasts a tough exterior, portability, connected features, and professional-quality images. Here’s our quick hands-on and first impressions on the device. 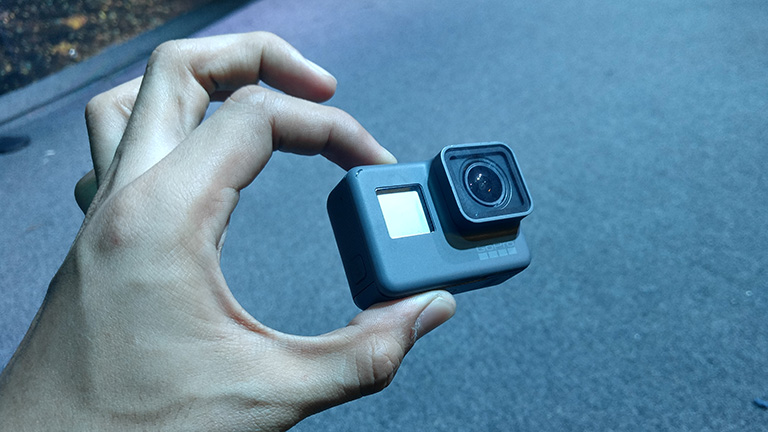 One of the key features of the GoPro action camera is its portability and it still hasn’t changed for the Hero5. In fact, since it no longer needs a separate, bulky case, the camera is now more compact to hold and carry around as it could even slip into a pocket with no fuss (yes, we pocketed the Hero5 and gave it back shortly after). 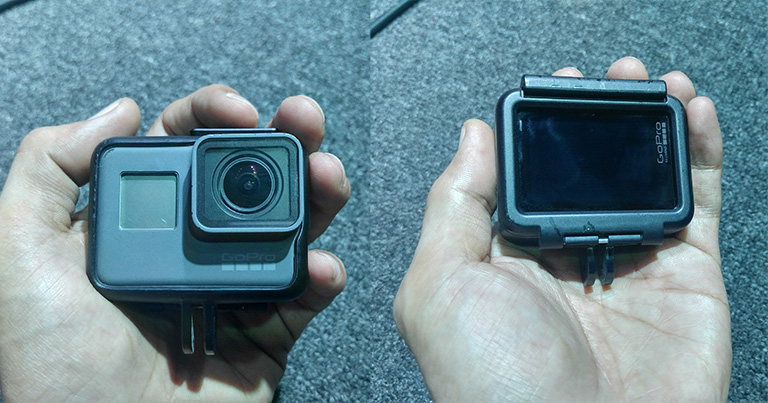 Even with the frame protecting the edges of the Hero5, it still isn’t as beefy as the previous Hero devices with their waterproof housing. Making the action cam more robust and water-sealed greatly favored portability and we’re really happy about it. 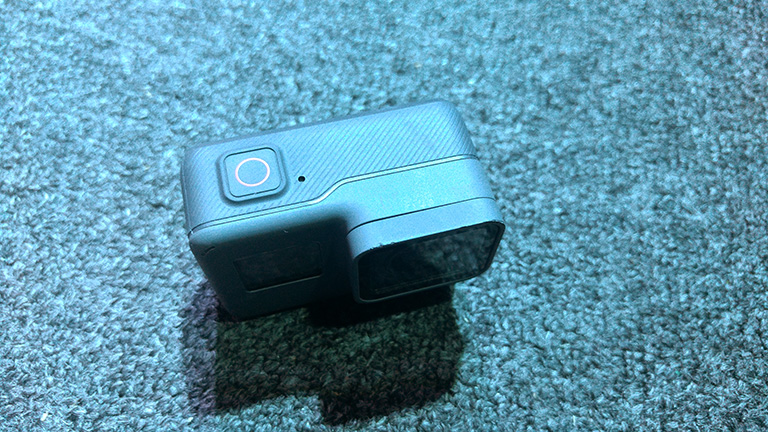 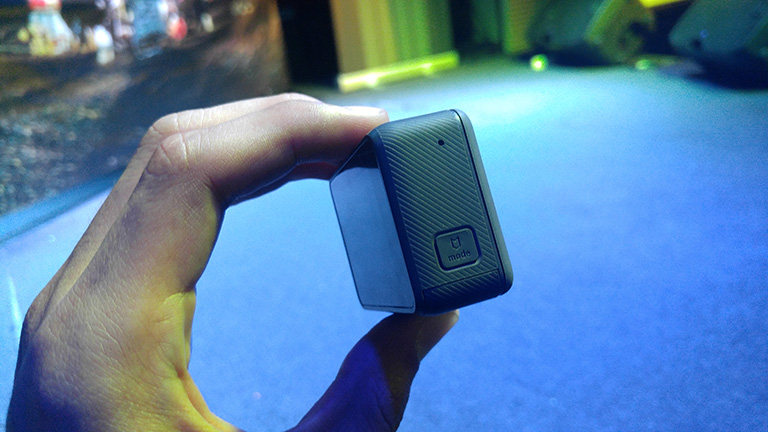 There’s another button at the right side which slides through the available modes, and since the attached display is touch-sensitive, the Hero5 is simpler to operate with its 1-button setup. 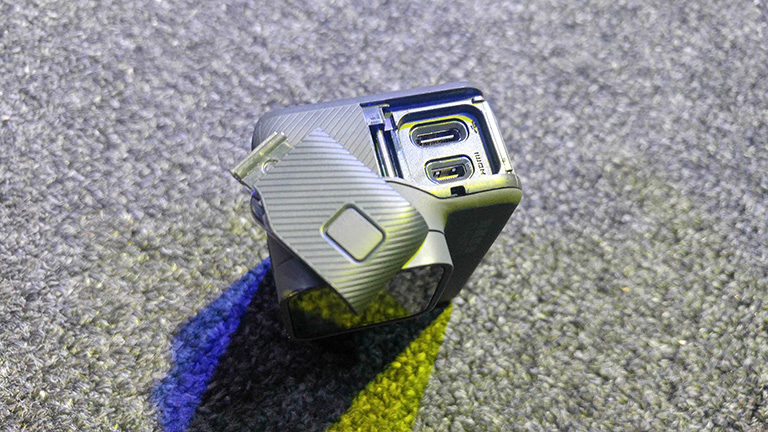 At the lower left side is a removable cover that seals and protects the connectivity ports (USB Type-C, micro HDMI). Thankfully, the company already went for the latest in USB implementation and veered away from the outdated mini USB. 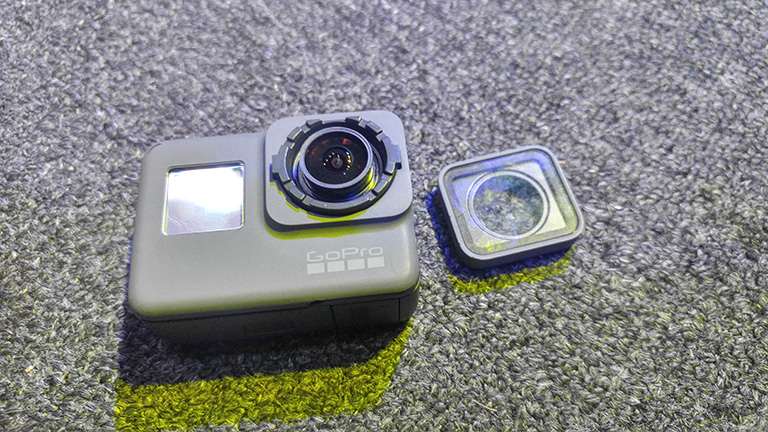 In cases of damaging or scratching the lens cover, you’d be glad to know that it detaches and is a replaceable component that you could easily swap. It just needs a slight pull and a twist to remove. 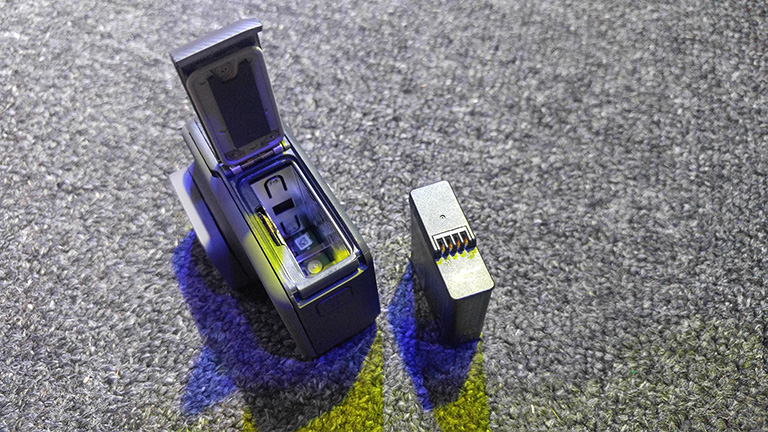 Many interested buyers were wondering if the battery is removable like its predecessor. Yes, it is, but it has a different form factor than the Hero 4 Black — meaning you wouldn’t be able to use those batteries for the new Hero5. 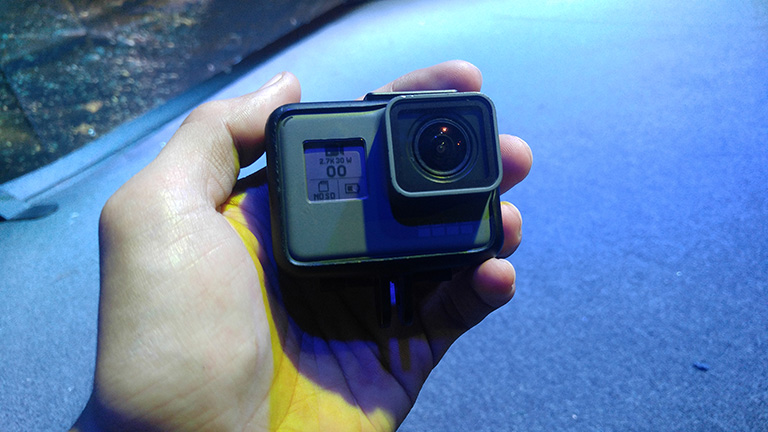 The tiny screen up front still displays all the important information. 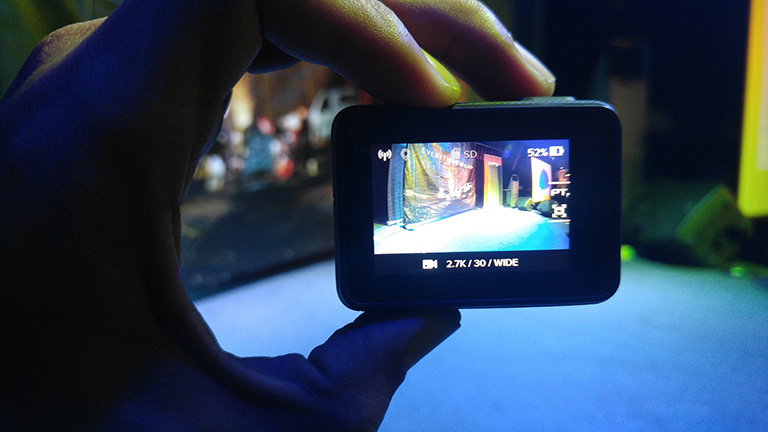 Meanwhile, the two-inch display equipped at the rear shows good color and brightness even in a dimly-lit area (as seen above). One of the first things we did was to use its touch-to-lock compensation feature that works similar to shooting photos on a smartphone. We made it focus on the wall design so there were overexposed areas in the image but shows decent details on the intended subject.

We’ve also fiddled around with the settings and the touchscreen responsiveness and accuracy was spot-on. It also was pretty easy to cycle through the available settings even if it was just our first time holding the device. Additionally, low light quality was impressive, but we’ll reserve our final judgement for when we do the full review.