Sony has continued to update its sports camera lineup by announcing the FDR-X3000R model last September. The main difference compared to its older siblings is that it now boasts an advanced stabilization feature called the Balanced Optical SteadyShot. We just got our test unit from the company and here’s our unboxing and first impressions on it. 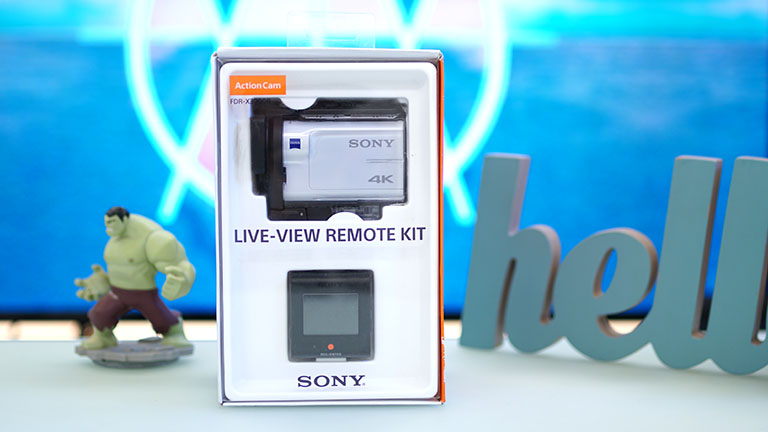 The model itself is called FDR-X3000 but this specific variant is the FDR-X3000R which comes with a Live-View Remote Kit. It is only available as a bundle to the X3000 so if you think you need a display to view and preview your shots, you may opt for this package (which obviously costs more). 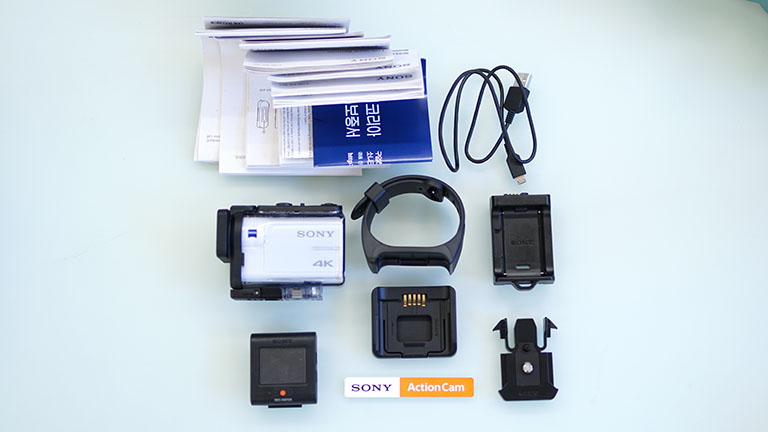 The package consists of the X3000 itself, a hard case that makes it dust, shock, and waterproof for as deep as 60m. Do take note that the camera on its own is already water-resistant to some extent and that’s a good thing. Additional items include the live view monitor, a strap to attach it to and wear on your wrist, the monitor’s charging cradle, a mount that has a 1/4-inch thread attachment at the bottom, and a snap attachment tool.

As you can see, most of the accessories included are for the live preview monitor and not for the camera itself. You also have the microUSB for charging, a couple of manuals, and a single Sony ActionCam sticker.

The live preview monitor has physical navigation buttons around it. Up front is the stop/record button while the right has the up and down buttons. Meanwhile, on the left are the power and menu buttons. 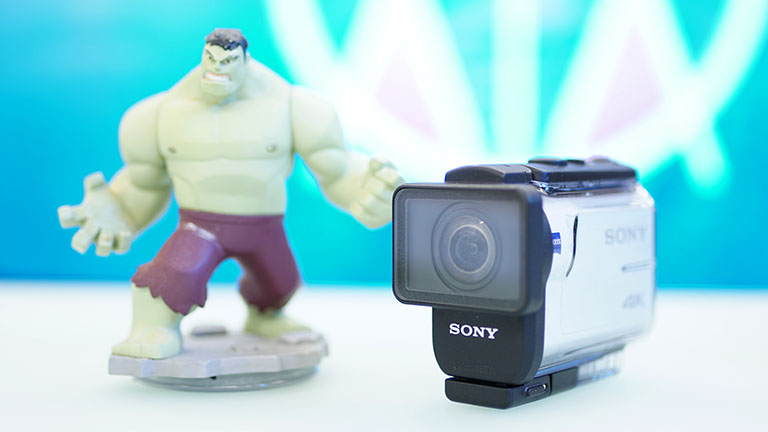 With its hard case on, the X3000’s lens looks similar to the GoPro’s with its square form factor. 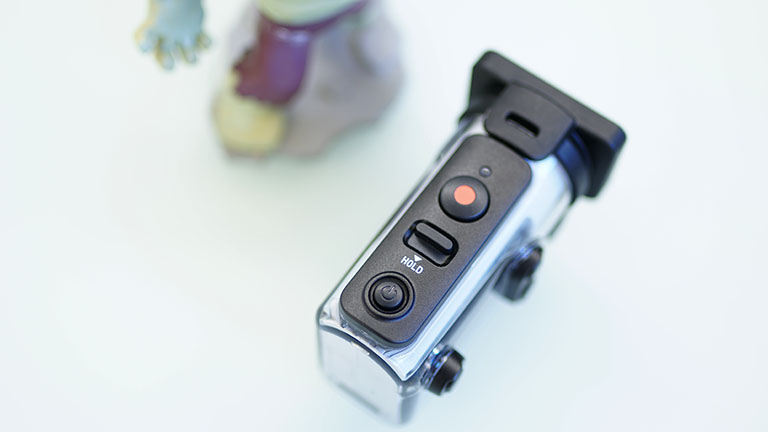 Up top, we have the record button, Hold switch, and the main power button. 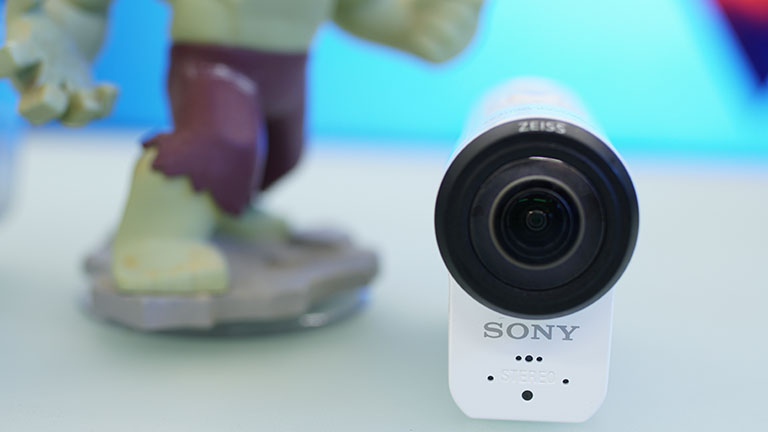 The FDR-X3000 is equipped with a new ZEISS Tessar lens which supposedly has significantly less lens distortion. Just below its sensor are microphones that output stereo sound and comes with wind-noise reduction. 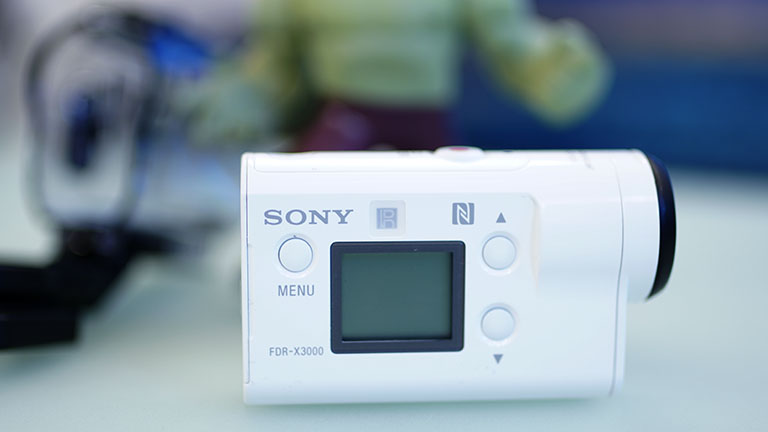 The right side sports a small screen for cycling through its settings and available options. Beside it are the Menu and navigation buttons. It also features NFC for quick and wireless pairing to smartphones with the same capability. 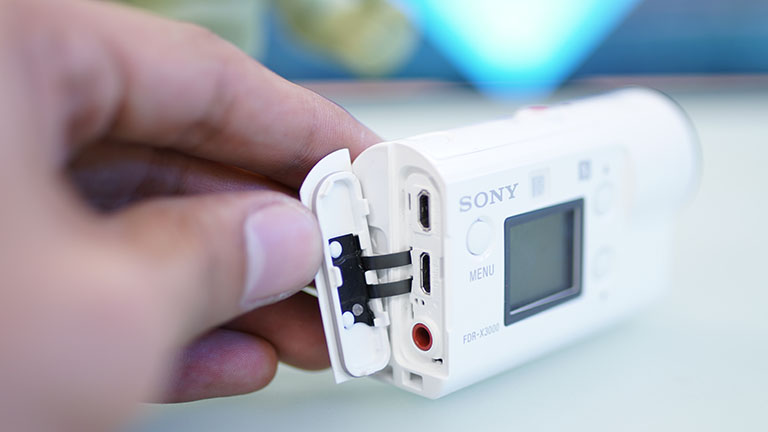 Its rear contains a flap that reveals the connectivity ports. There’s the audio input for connecting an external microphone, a microUSB port for charging and transferring files, and a microHDMI out for mirroring images to another display. 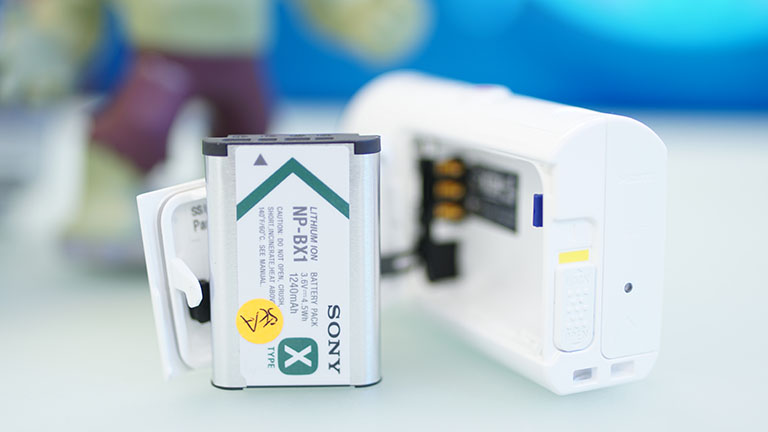 The entire left side houses its 1240mAh Li-Ion battery which is removable. This way, you can get additional battery packs that you could easily swap when the juice runs out.

Underneath is another flap that accommodates either a microSD card or a Memory Stick Micro M2 for storing your footage. 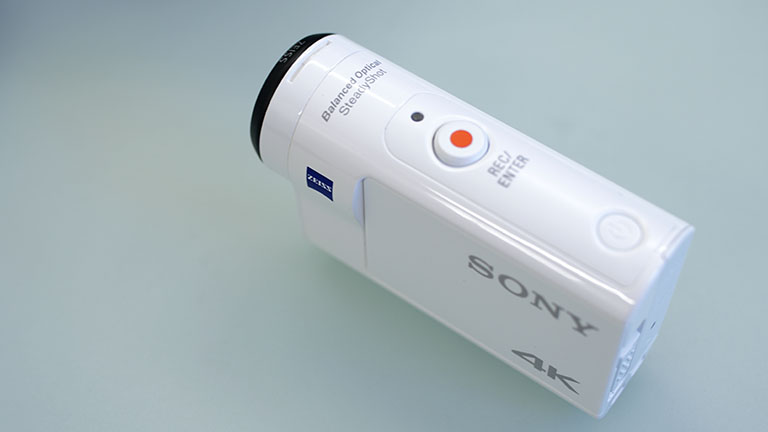 The entire body is made of glossy plastic that attracts smudges and fingerprints. Although, this is a tool that’s meant to be used during outdoor activities so you don’t really need it to be super clean and presentable all the time.

Without its case, Sony’s action cameras could slip into your pocket easier than GoPro’s Hero due to its form factor that stretches out rather than having a boxy profile. It has a good heft to it but at the same time is still pretty light.

We like that it has its own 1/4-inch thread so users can easily mount it on certain attachments even without its case on. However, the included accessories seem to be limited unlike with the Hero5 Black that already has its own adhesive mounts which could already get you started and is more flexible than the 1/4 thread in terms of practical usability. 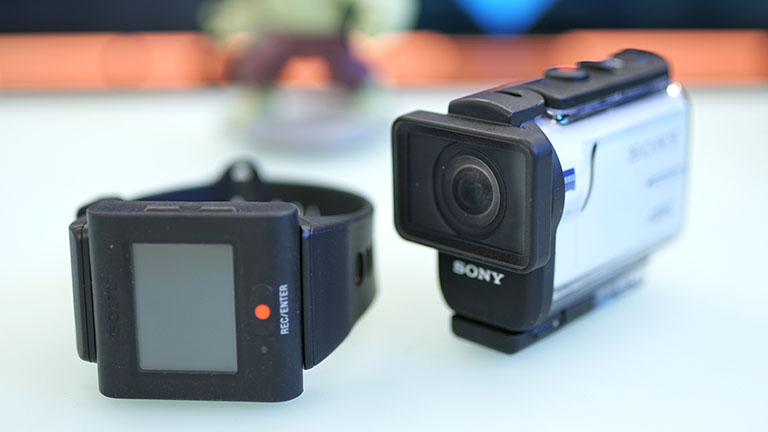 I’ll be using this X3000 on my biking adventures to test out its optical image stabilization in the following days. Do you have something specific you want us to try out? Sound off in the comments section below. Until then, stay tuned for the full review!