Honor has released a new smartphone sporting the same chipset as the Huawei Nova 3i — the Honor 8X. In this specs comparison, I will check which one of these devices has the upper-hand in key smartphone specs. Let’s start! 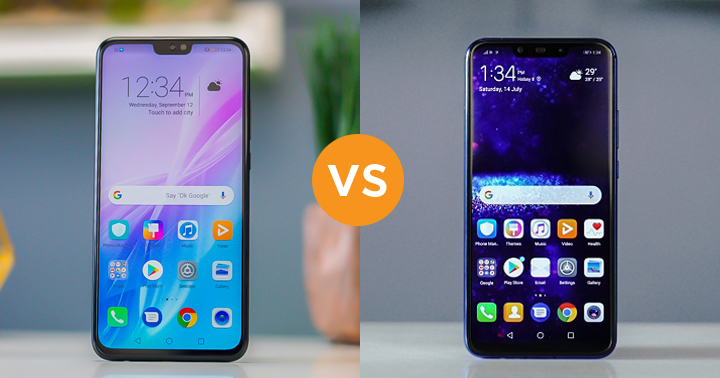 Based on the advantages listed above, the Nova 3i might be in a pickle but let’s discuss each key aspect further.

Both smartphones have almost the same display setup except for the size that affects the pixel density. The Honor 8X’s screen is larger than the Nova 3i’s, but its screen density value (PPI) is directly affected, making the latter a better choice in terms of quality, on paper. Don’t worry, however, as this will go unnoticed by the naked eye.

The Honor 8X comes with the same chipset as the Nova 3i, so expect that they will be performing almost the same. In terms of the GPU, however, we do not know if the Honor 8x will come with GPU Turbo technology, so we’ll update this article once we verify it in our review.

In terms of camera, the Honor 8X seems to be focusing on the rear performance, while the Nova 3i is more of a selfie-centric device. The former has a higher main rear camera resolution and has a wider aperture which is ideal for taking shots in low-light conditions. The latter, on the other hand, has a higher front shooter resolution and an additional lens for depth of field effect. Check out the sample photos that we took with the Huawei Nova 3i here.

Last but not least, the Honor 8X carries a larger battery capacity which could be attributed to its larger screen size. We’ll know which device lasts longer once we test the Honor 8x in the coming days. For reference though, the Nova 3i lasted 13 hours and 30 minutes in our standard video loop test (1080p video on loop at 50% brightness and volume).

The Honor 8X is a better pick in most of the key aspects we evaluated. However, its local pricing will be the deciding factor in this specs comparison. The Huawei Nova 3i is priced at Php15,990. If the former is priced lower, then it’s most likely game over for the latter.