Who will reign supreme in the mid-range ring?

The mid-range smartphone market got some really interesting offerings lately. One is the Huawei Nova 3i while the other is the OPPO F9. Both are priced well under Php20 which makes them great devices for those who are on a budget. But if we compare the two, which one will give you more for the price? Find out in our comparison review below.

Before we get started, we have already reviewed both devices so we will be looking at their merits based on those reviews. We will at the specs and will rank them in the following categories:

In terms of design, both devices are attractive. The Huawei Nova 3i has this metal frame with a glossy metallic finish, and a 2.5D glass back that makes it harder to scratch. Most of its visual appeal though comes from the color especially the Iris Purple model which has this gradient effect that changes hues depending on the angle. 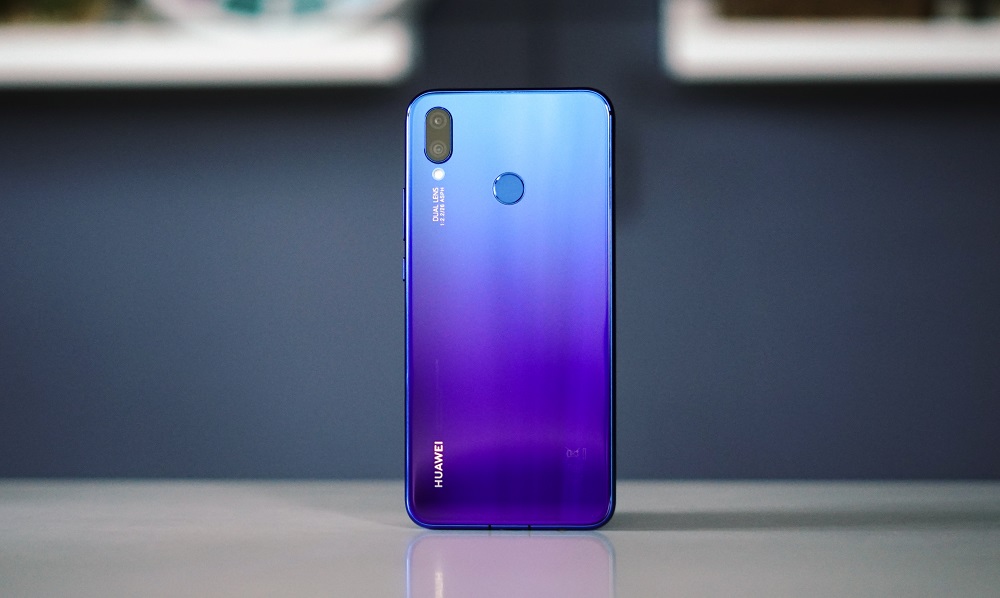 Huawei popularized the gradient design of the back panel which started out in the P20 series earlier this year. This was followed by many others vendors as it became a popular choice and maybe even a deciding factor for many consumers. The gradient color of the Nova 3i is based on structural coloration. When light hits the glass back of the device, it goes through five layers of nano coating which absorbs the red, orange, yellow and green wavelengths. As a result, we can only see the blue-purple gradient color.

The OPPO F9 also has some tricks up its sleeves. It also has a glossy frame and glass-like back. We say glass-like because it’s actually polycarbonate, but it is made so well that you can mistake it for glass which makes it prone to scratches in the long run. 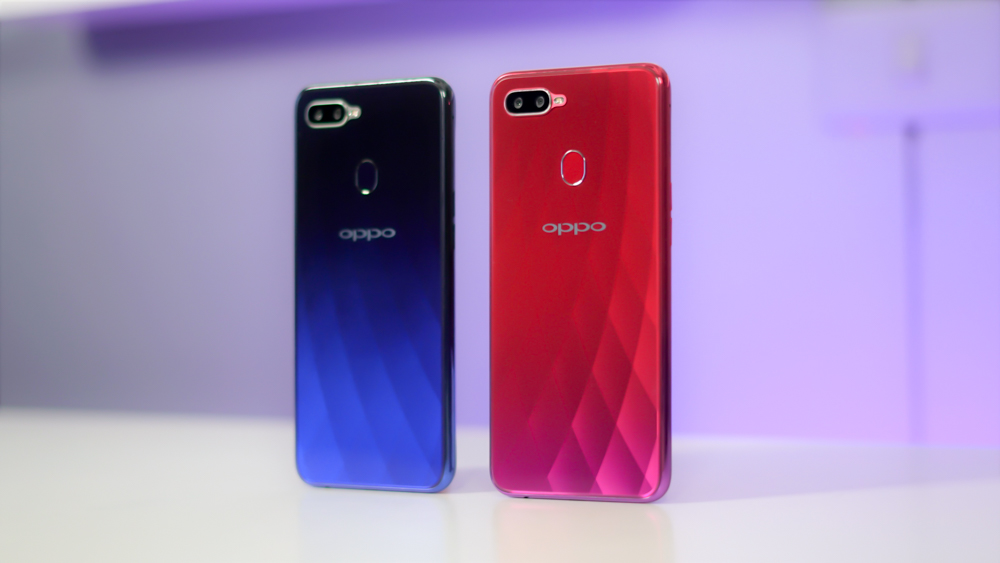 If you’re looking for a gradient effect, the F9 has it too with a little extra. Aside from exuding different hues, it also shows a petal-shaped pattern that makes it look more elegant. OPPO uses a technology called Gradient Spraying Technology which fuses different colors to make the surface less flat and more appealing.

In terms of dimensions, the F9 is shorter and narrower but the Nova 3i is slightly thinner. They both weigh the same at 169 g, but somehow the F9 feels lighter. They’re also easy to grip while the buttons and fingerprint scanner are easy to reach.

We’re giving this round to the Nova 3i because of its premium and more solid build, plus that gradient design at the back is a stunner.

Both devices have good displays with wide viewing angles, rich colors, and sharp details. However, we’ll choose the OPPO F9 for this round due to the smaller notch, punchier colors, and more screen real estate.

The Nova 3i has four cameras like the Nova 2i but it’s now more powerful and comes with extra features.

It has a 16MP + 2MP rear cameras, and 24MP f/2.0 + 2MP front cameras. Like with the Nova 2i, the 2MP secondary sensors are there to aid in bokeh effects. Both the front and rear cameras are AI-powered which assists in producing the best possible photos based on the type of subjects you shoot. 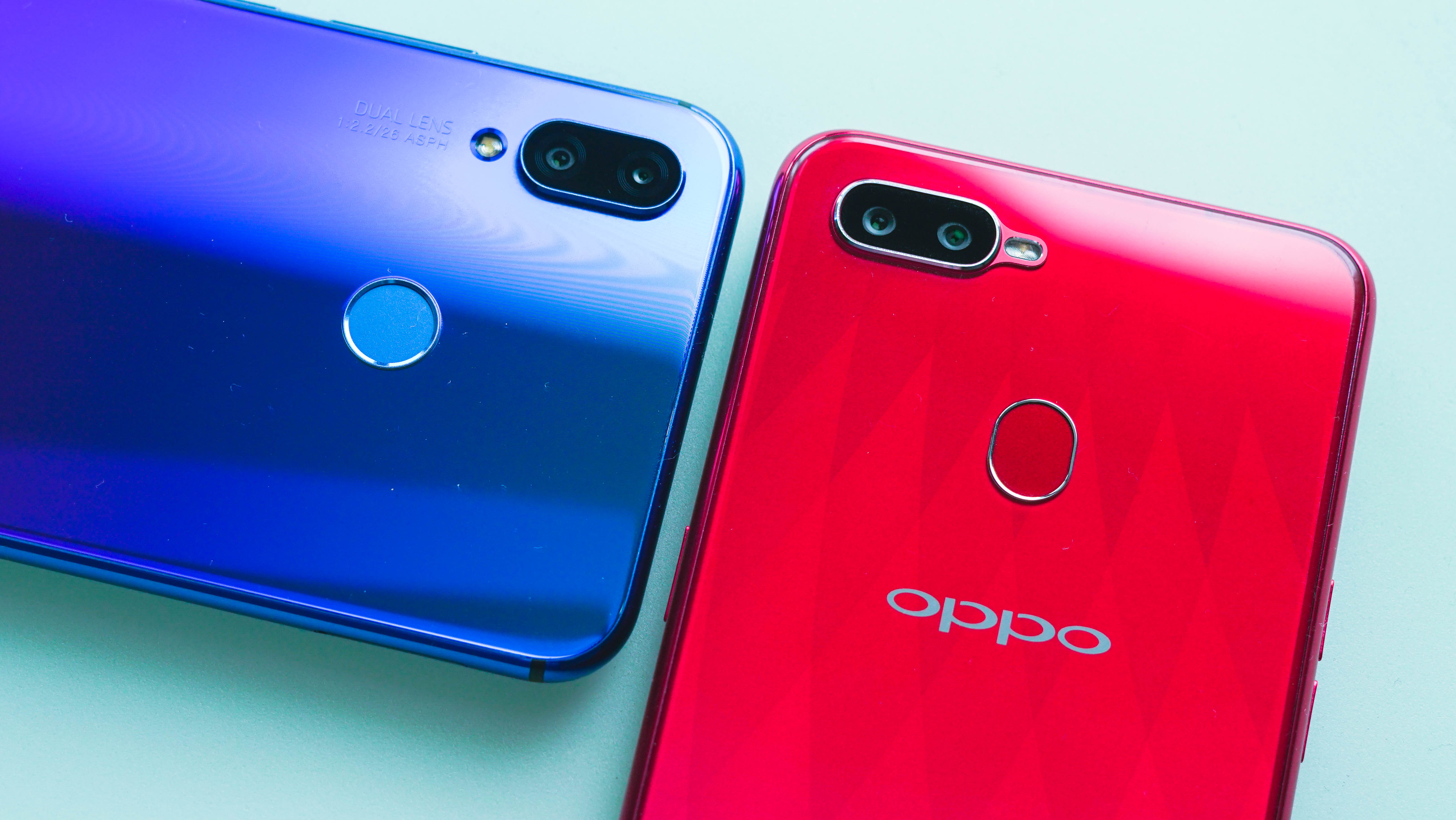 It’s got plenty of features like Pro, Slow-mo, Night, Panorama, Light painting, HDR, Time-lapse, 3D Panorama, Document scan, Beauty, Aperture, Portrait, AR Lens, and 3D Qmoji. It also has an AI scene recognition which can detect up to 22 different scenes. When it comes to video recording, the Nova 3i can shoot up to Full HD resolution at 60fps.

The F9, on the other hand, has a 16MP main camera and 2MP secondary for bokeh effects. Selfies, on the other hand, is handled by a 25MP camera. It comes with HDR, Time-Lapse, Slow motion, Panorama, and Manual mode. The Portrait mode has the 3D lighting effects found on the Find X as well as AR stickers, Super Vivid mode, and AI Beauty Technology 2.1. When it comes to video recording, the F9 can shoot at a maximum resolution of 1080p at 30fps.

Nova 3i with AI beauty

Nova 3i without AI beauty

We’re picking the Nova 3i when it comes to rear camera quality and the F9 for the front camera. However, we’re choosing the Nova 3i as the overall winner for its quality, AI, and extra features.

Powering the Nova 3i is Huawei’s new mid-range chipset, the Kirin 710 octa-core chipset clocked at 2.2GHz and Mali-G51 GPU. As for the F9 it is equipped with a MediaTek Helio P60 octa-core CPU clocked at 2.0GHz and Mali-G72 GPU. That’s the same configuration as the F7.

Both devices perform well when it comes to everyday usage including gaming, so we’ll take a look at their scores in AnTuTu v7.

However, the recent GPU Turbo update for the Nova 3i has significantly improved on the gaming performance as well, especially on games like Asphalt, Mobile Legends, and PUBG Mobile.

As you can see, the Kirin 710 and Helio P60 almost has the same score so they’re tied for this round.

The RAM is one of the most important components of a smartphone and the bigger the better. 2GB RAM is entry-level, while 4GB RAM is good in today’s standard. Even better if you have anything higher than that.

In the case of the Nova 3i, it has 4GB of RAM which is good enough to keep tasks running smoothly. The F9, though, takes the cake, thanks to the 6GB RAM, allowing it to handle more background running applications.

Those who have plenty of apps to install and photos and videos to take should take a look at a smartphone’s storage capacity. Like the RAM, the bigger the better.

The Nova 3i impresses with its 128GB storage. It is expandable via microSD card but at the sacrifice of the SIM 2 slot. The F9, on the other hand, starts at 64GB but with support for microSD cards via its dedicated slot.

For this round, we’ll choose the Nova 3i as it offers more storage for the price.

No one likes their phones dying on them on the road so it’s good to have a smartphone with a decent battery capacity. Although the bigger the better, it doesn’t always mean that it will provide you with a long battery life.

Looking at the capacity, the Nova 3i has 3,340mAh battery while the F9 has a larger 3,500mAh. But let’s take a look at our tests to see which can provide a longer battery life.

Looking at the results, the F9 obviously wins this round by performing better in two battery benchmark tests. Not to mention it has the VOOC Fast Charging tech which is a plus.

Now that Android 9.0 Pie is announced, it’s better for smartphones to run an Android version that is closest to the new one.

Luckily both the Nova 3i and F9 run on Android 8.1 Oreo. They have different skins, with the former sporting the EMUI 8.2 while the latter has ColorOS 5.2. Both have their own merits so we’ll give them a tie on this department.

That’s a Php2k difference and can be a huge deciding factor when it comes down to tight budgets.

Notwithstanding the great features and other advantages in terms of specs, the Huawei Nova 3i is the obvious choice when it comes to fair pricing

Now let’s tally the scores from each category.

It’s a tight race, but the overall winner is the Nova 3i but the F9 is a solid second option.

The Php2,000 price difference between the two mid-range smartphones is pretty hard to ignore especially in the price-sensitive market such as ours.