Huawei Nova 5T vs OPPO Reno vs Samsung Galaxy A70: Which phone can provide the most value?

Huawei Nova 5T vs OPPO Reno vs Samsung Galaxy A70: Which phone can provide the most value?

Choosing a smartphone nowadays is not that easy as there are plenty of options available for almost any budget. And since many of them offer great hardware at a competitive price, the biggest challenge now is to identify which device can provide the most value. So, for this article, we’re comparing three of the most popular smartphones in the market – the Huawei Nova 5T, OPPO Reno, and the Samsung Galaxy A70. 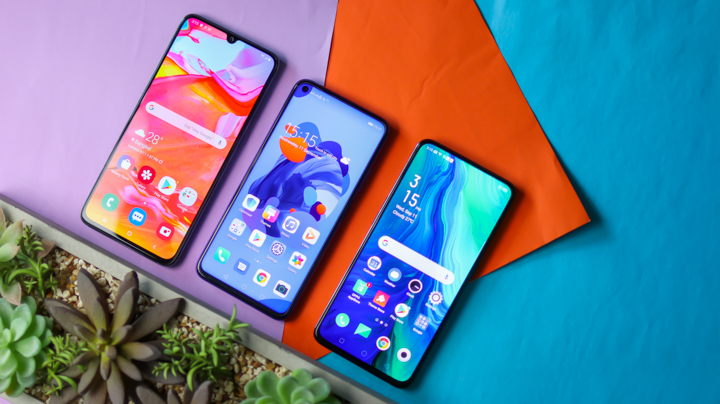 All three phones look different and use different designs, but there’s one thing in common about them – all them wants a premium appeal, which is observed in the materials used. The Huawei Nova 5T and the OPPO Reno are the leading candidates for having glass backs, but the former has a metal frame for a more premium feel. The Samsung Galaxy A70 uses a plastic panel but is glossy enough to be mistaken for glass. The three also varies in size and come in different colors. The Galaxy A70 is the largest, followed by the Reno. The most compact is the Nova 5T. When it comes to ports, all three uses USB Type-C. But when it comes to the 3.5mm audio port, only the Nova 5T lacks it. 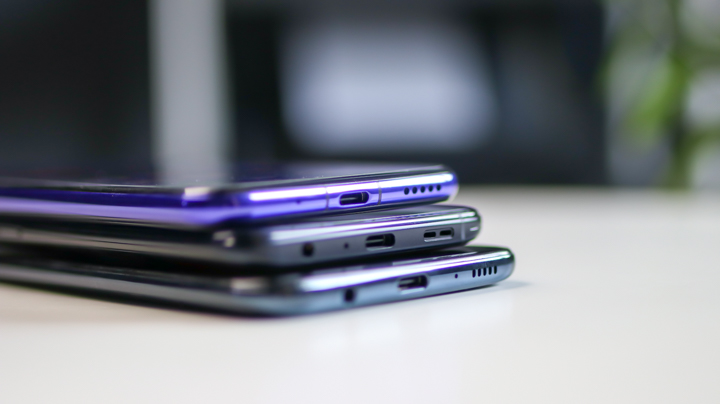 When it comes to the overall design, all of them are pretty, but I like the Nova 5T better due to its attractive finish with a multi-layered 3D effect and premium build. The Reno comes second with its symmetrical design and flush cameras. Coming in last is the Galaxy A70, which managed to be slim despite the large battery. When it comes to the viewing experience, the Reno leads for not having any notches or hole-punches like the Galaxy A70 and the Nova 5T.

If I’m going to pick, the Reno wins this round for having the most immersive screen, followed by the Galaxy A70, then the Nova 5T. But pixels and the number of cameras don’t matter if it can’t shoot good photos, so we’re going to take a look at each phone’s samples. 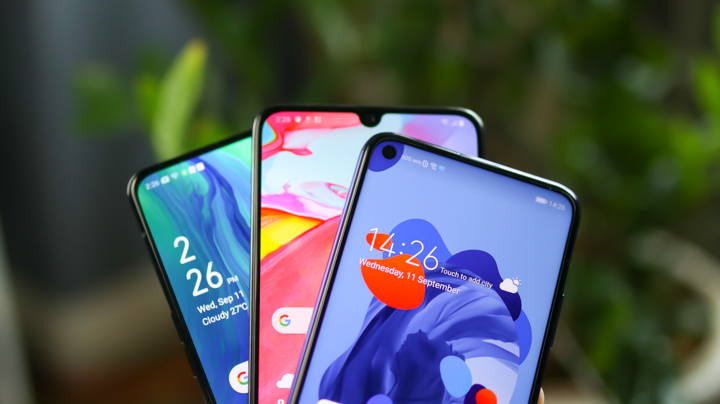 However, when it comes to ultrawide shots, the Galaxy A70 seems to have the widest field-of-view but we like the quality produced by the Nova 5T. The Reno sits this one out as it doesn’t have an ultrawide lens. The Nova 5T also wins in macro shots thanks to its dedicated macro lens that allows us to shoot really close to the subject. For Night mode, we’re choosing the Nova 5T as it was able to illuminate the scene the most. The Galaxy A70 comes second, and last is the Reno which looked it didn’t even try.

As for the front camera, we’re choosing the Reno as it can produce selfies that are enhanced beautifully and with the most bokeh effect, which OPPO is known for. Coming second is the Nova 5T for preserving details and colors while coming last is the Galaxy A70 as the shots look washed out.

Overall, we had a better experience with the Nova 5T. Since it has plenty of lenses available, it allows us to adapt to a wide variety of shooting scenarios. If it’s between the Reno and the Galaxy A70, I’d go for the Reno for quality.

The Reno is powered by a Qualcomm Snapdragon 710 (10nm) chipset, while the Galaxy A70 has a Snapdragon 675 (11nm). Both can be considered mid-range devices. The Nova 5T trumps both by sporting a flagship HiSilicon Kirin 980 (7nm) – the same chip that is powering the Huawei P30 Pro. The Nova 5T wins this round, but if you want to see the numbers, check the benchmark scores below:

Again, the winner is the Nova 5T. Aside from the chipset, it’s also essential to know the RAM capacity of the smartphones as the larger the RAM, the better it is when it comes to handling background processes and multitasking. Based on the models officially offered in the Philippines, the Reno and the Galaxy A70 has 6GB of RAM. The Nova 5T, on the other hand, has 8GB of RAM. It is a rare feat for a smartphone with this kind of price tag. So the Nova 5T wins this round.

For the storage, the Nova 5T and the Galaxy A70 come with 128GB capacities. The latter features a dedicated microSD card slot, while the former is non-expandable. The Reno, on the other hand, offers 256GB of storage out of the box. It doesn’t have support for microSD cards, but this is large enough even for heavy users. The winner here is the Reno.

Let’s take a look at the capacities first. The Nova 5T has a decent 3,750mAh battery with a 22.5W SuperCharge. For the Reno, it has a slightly larger 3,765mAh battery with 20W VOOC 3.0 Flash Charge. But the Galaxy A70 has the largest at 4,500mAh with 25W Flash Charge. However, having the largest capacity doesn’t always translate to ora longer battery life, so we took a look at the video loop test performance of the said devices in our past reviews and here are the results:

The Reno wins for having the longest playback in our tests which can be attributed to the AMOLED screen and efficiency of the Snapdragon 710 chipset. All phones run on Android 9 Pie but with different skins. The Reno has ColorOS 6, the Nova 5T has EMUI 9, while the Galaxy A70 has One UI. Each of these custom operating systems has its own features and advantages. Since that is the case, we’re tying all three for this round.

The most expensive of the three is the Reno at PHP 26,990. The Samsung Galaxy A70 comes second at PHP 22,990. The Nova 5T has the most impressive pricing at PHP 18,990. It was able to provide the mentioned features above without even breaking the PHP 19K mark. The Nova 5T wins this round. 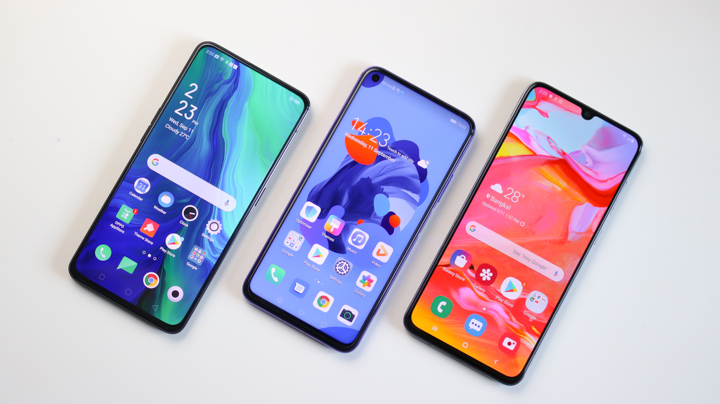 Now let’s do a recap:

Looking at the tally, the Huawei Nova 5T leads the comparison, followed closely by the Reno. Trailing behind is the Galaxy A70. But since we’re looking at which phone has the most value, the Nova 5T definitely wins for offering flagship features at the lowest price.