Huawei Y6p vs Samsung Galaxy A10s vs Vivo Y11: Which entry-level phone should you get?

With steady improvements that manufacturers have implemented on their top of the line smartphones, what once was expensive components can now be found in entry-level devices. Great IPS displays, decent cameras, and large batteries were once reserved to the flagships, but can now be found on smartphones under PHP 10K. As such, the entry-level markets have become extremely competitive, offering amazing value at such low prices.

One of these high-value offerings is Huawei’s recently released Y6p. Not only does it come with the aforementioned features, but it can also keep up with today’s demanding apps with even more RAM and storage. How does it compare with what Samsung and Vivo have to offer? Find out here:

While the Huawei Y6p, Samsung Galaxy A10s, and Vivo Y11 all have plastic bodies, all of them feel sturdy and well built. 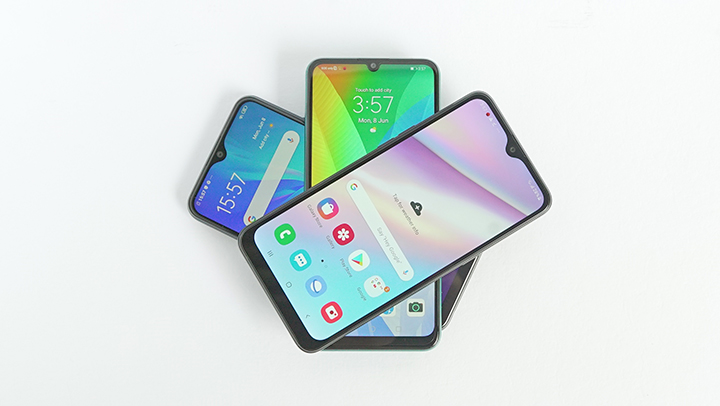 Out of the three, the Huawei Y6p stands out aesthetically thanks to its glass-like finish, giving it a premium look, with the Samsung A10s close behind due to its simplistic and formal appearance. Durability wise, both the Huawei Y6p and Vivo Y11 feels like it could take a few drops and bumps thanks to its polycarbonate frame. 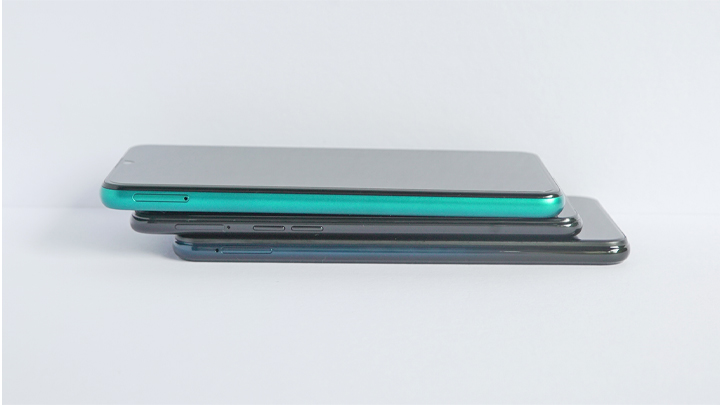 That being said, the Samsung A10s is the most comfortable device to operate thanks to its thinner unibody design. Like in our previous three-way comparison, the device creates a nice uninterrupted curve that feels right on my fingertips. 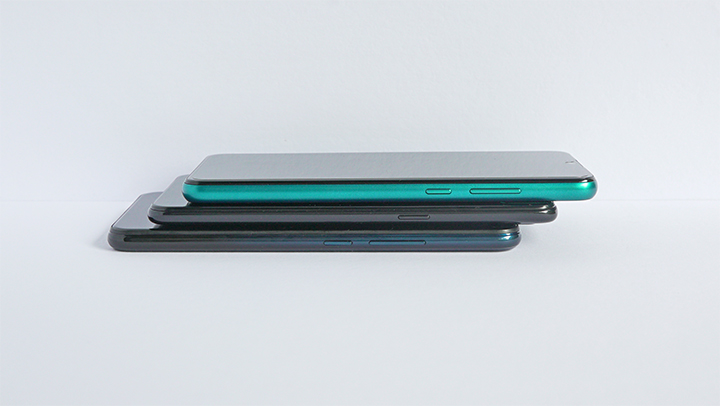 In terms of size, the Samsung A10s is noticeably thinner than rest, measuring only 7.8mm, while the Vivo Y11 measures 8.9mm, and the Huawei Y6p being the thickest at 9mm. The Vivo Y11’s display also protrudes from the frame, taking away from the phone’s 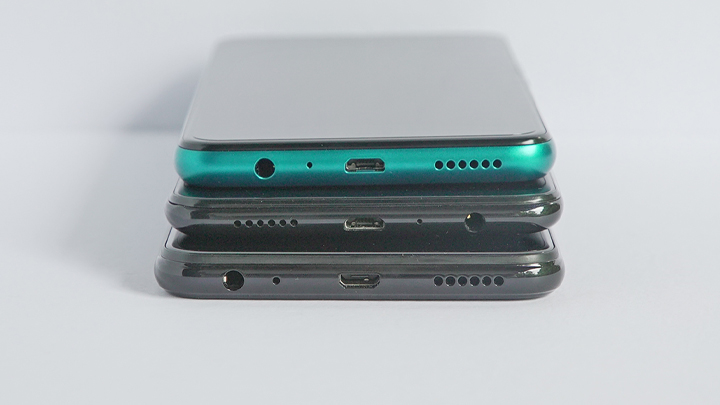 All three devices also have the same ports: a Micro USB for charging and data transfers, and a 3.5mm audio jack. 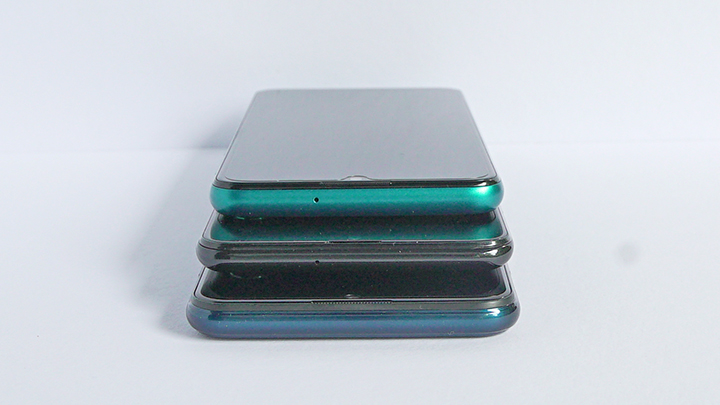 Biometrics are similar as well, with all phones sporting a rear-mounted fingerprint scanner and face unlock support. Out of the three, the Huawei Y6p’s fingerprint scanner was the fastest and most reliable, with the Vivo Y11 being a close second. Unfortunately, the Samsung A10s lags behind the two other devices in both speed and reliability.

Overall, the Huawei Y6p dominates this category, having better design, build quality, and biometrics. The Samsung Galaxy A10s is a close second thanks to its comfort and unibody design, with the Vivo Y11 not too far behind.

All three devices come with an HD+ panel, with almost similar sizes. The biggest of the bunch is the Vivo Y11’s with a 6.35-inch display, followed by the Huawei Y6p’s 6.3-inch display, with the Samsung Galaxy A10s having the smallest 6.2-inch display. 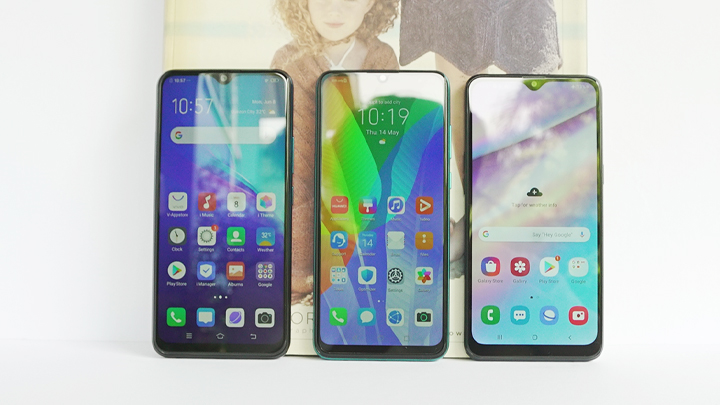 All three phones are equipped with IPS displays, so you can expect great viewing angles from all of them. All phones can get pretty bright as well and can be used under direct sunlight. However, when it comes to image quality and color reproduction, the Samsung Galaxy A10s barely beats the other two devices. That being said, the displays on the Vivo Y11 and Huawei Y6p were also good enough with very little difference between the devices. Audio quality is also similar across the devices, but the Huawei Y6p was the loudest of the bunch.

We’re giving the Samsung Galaxy A10s a narrow win in this category, with the Huawei Y6p following closely behind thanks to its loudspeakers, and the Vivo Y11 taking the last place. 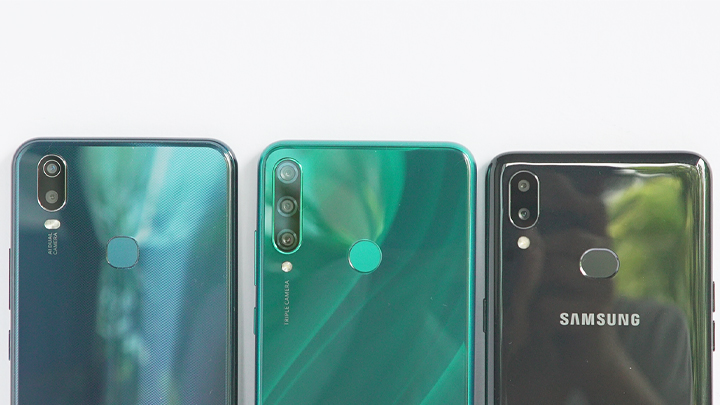 While all three devices all come with an 8MP selfie and a 13MP primary shooter accompanied by a 2MP depth sensor, the Huawei Y6p also comes with an additional 5MP ultra-wide camera that fits more objects into the frame. For comparison, check out the sample shots below:


When it comes to rear photo quality, the Huawei Y6p offers the best quality, with adequate detail, sharpness, great colors, and fast autofocus. Images taken with the wide-angle camera appear to have a yellowish tint, with loss in detail. The fish-eye effect is also apparent when subjects are close to the edge.  However, all three devices fail when shooting at night, even with adequate artificial light.

When it comes to the selfie camera, the Vivo Y11 is able to take the best photos, even at night.

Out of the three devices, the Vivo Y11 achieved the highest AnTuTu score out of the three, reaching 99,017 points, with the Huawei Y6p coming second with a score of 90,615, and the Samsung Galaxy A10s dead last with only a score of 82,266. Do note, however, that the Huawei Y6p did perform better in the GPU benchmark and could run graphics-intensive games in the lowest graphic settings.

Aside from the chipset, another critical component that affects performance is the phone’s RAM capacity. The Huawei Y6p is equipped with 4GB of RAM, followed by the Vivo Y11 with 3GB of RAM, while the Samsung Galaxy A10s only has 2GB.

For storage, the Huawei Y6p doubles the competition with 64GB of storage, while both the Vivo Y11 and Samsung Galaxy A10s only have 32GB. All three devices can be expanded via MicroSD, with dedicated slots as well.

Before going over our usual battery test, let’s first take into consideration the battery capacities of the devices. Both the Huawei Y6p and Vivo Y11 come with massive 5,000mAh batteries, while a 4,000mAh battery powers the Samsung Galaxy A10s. All devices are charged via Micro USB, with no fast charging. However, the Huawei Y6p can charge other devices thanks to its reverse charging support.

Moving over to our standard video loop test where we put the phones in airplane mode, play a 1080p video at 50% brightness and 50% volume with headphones on, we got these results:

The Huawei Y6p trumps the competition, offering more than 4 hours more screen-on time than the Vivo Y11, with the Samsung Galaxy A10s being dead last.

Both the Samsung Galaxy A10s and Vivo Y11 come with Android 9 out of the box, with OneUI and Funtouch OS laid on top. Do note, that Samsung has confirmed that the Galaxy A10s will receive the One UI 2 Android 10 update this year. 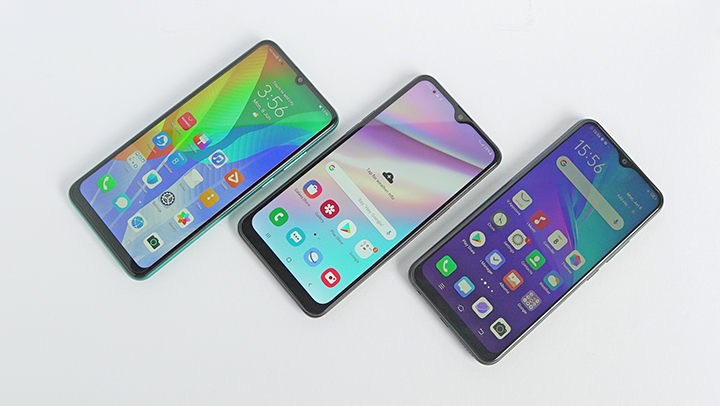 Meanwhile, the Huawei Y6p comes with Android 10. As you can expect, the Huawei Y6p does not have Google Mobile Service support. Instead, it uses Huawei’s own App Gallery for its apps. I must say it has been improving more and more. Being the third biggest app store in the world, the App Gallery has all the important apps that I use, including Lazada, Viber, GCash, and the BPI mobile app. However, for Gmail, YouTube, Facebook, Instagram, and Reddit, you will be forced to use web apps instead.

While Huawei has been steadily improving over time, you do have to compromise on social media and other apps. As such, we’re giving the three devices a tie, since you get the features of Android 10 with the Y6p, and the benefits of Google’s Mobile Services with the vivo Y11 and Samsung Galaxy A10s.

Both the Huawei Y6p and Samsung Galaxy A10s are being offered for PHP 5,990, while the Vivo Y11 retails for PHP 6,499. The PHP 500 difference is a large enough gap to remove a point from Vivo.

Now for the recap: If you’re in the market for a new phone under PHP 6,000, then the Huawei Y6p is your best bet. It’s got a great design and build quality, decent cameras, more RAM and storage than any other phone in the price range, and impressive battery life.