Both HMD Global’s Nokia and realme have finally brought their first-ever tablets to the Philippines. The realme Pad arrived first, and it features a 10.4-inch 2K display, a MediaTek Helio G80 processor, and a 7,100mAh battery. On the flip side, the Nokia T20 sports the same 10.4-inch 2K display, a Unisoc T610 processor, and a larger 8,200mAh battery. So which of these tablets should you get? Let’s see! 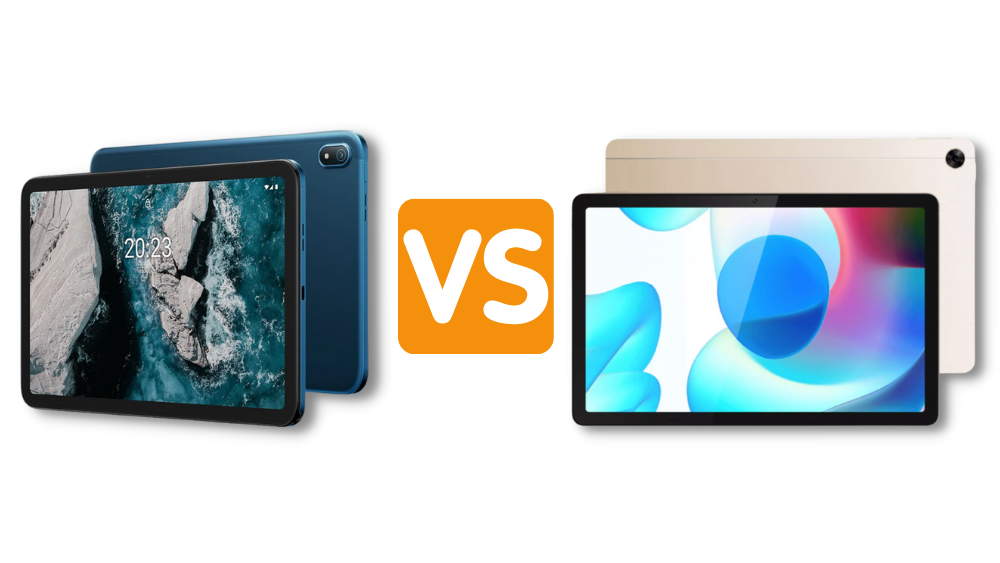 The Nokia T20 is equipped with a Unisoc T610 processor, while the realme Pad is powered by a MediaTek Helio G80 processor. In addition, both come with Mali-G52 MC2 GPU.

Meanwhile, looking at the tablets’ Kimovil’s AnTuTu scores, the realme Pad slightly outperforms its opponent at 205,000, as the Nokia T20 scores 195,000. However, keep in mind that we can only determine the extent of their performance and thermals once we have both units for review.

Both Nokia T20 and realme Pad have an 8MP rear camera. The realme Pad, however, sports a higher resolution front-facing camera at 8MP (vs. the 5MP on the Nokia T20).

Both tablets support the same connectivity features, including WiFi 5, Bluetooth 5.0, USB Type-C, and run on Android 11 under their custom skins. In addition, the Nokia T20 comes with 4G LTE support; the same goes with realme Pad’s 4GB + 64GB and 6GB + 128GB variants.

For audio, both come with a 3.5mm audio jack so you can plug in your wired audio devices. It’s a plus for the realme Pad, though, that it comes equipped with Dolby Atmos Quad Speakers and Hi-Res Audio Certification.

Furthermore, the Nokia T20 has an added feature of IP52 dust and water resistance. It means the T20 is protected from limited dust and water spray that’s less than 15 degrees from vertical.

The Nokia T20 is PHP 2K cheaper than the 4GB and 64GB variant of the realme Pad. Plus, it also boasts similar specs as its opponent but with an advantage of a larger battery capacity and IP52 dust and water resistance.

On the other hand, going for the realme Pad gives you more configuration options (3GB + 32GB | 4GB + 64GB | 6GB + 128GB), a higher resolution front camera, Dolby Atmos and Hi-Res Audio Certification for audio, and slightly faster-charging support. You also have the option to get its most affordable 3GB + 32GB variant for PHP 11K if you don’t need much RAM and storage.