The Realme 2 smartphone recently launched in Indonesia and we’re comparing it with its distant cousin, the OPPO A3S, to see which one looks better on paper. Check out our specs comparison below. 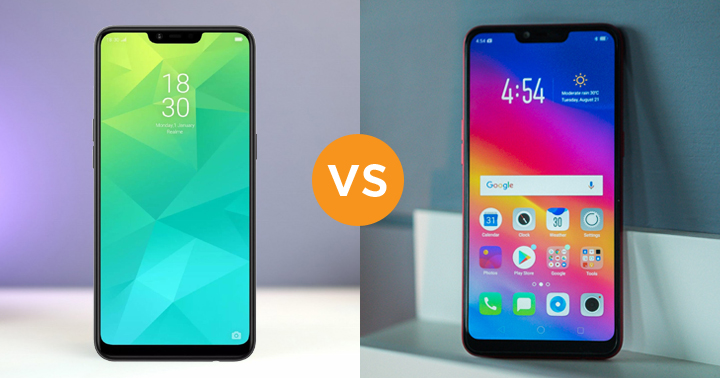 Here are the advantages:

Yes, you’ve seen it correctly, we don’t see any specs advantage for the OPPO A3S.

Before I make any conclusions, I will discuss each aspect first. For the display, both devices have a similar setup except for the glass protection. The Realme 2 comes with a Corning Gorilla Glass 3 while the A3S does not have any. For viewing experience, they’re basically the same.

In terms of overall performance, they’re also the same. The Realme 2, however, will have an advantage due to its higher RAM option. We’ll know more once we test out the device in the coming days. Their cameras specs and OS are also the same so the performance could be identical.

Lastly, both devices have the same battery capacity. And given the same OS, their battery life could be in the same range as well.

In summary, the Realme 2 is like an improved version of the OPPO A3S with a more refreshing design, Corning Gorilla Glass 3, a fingerprint scanner, and higher RAM and internal storage capacities.

How about you, what do you think? Let us know your thoughts in the comments section below.